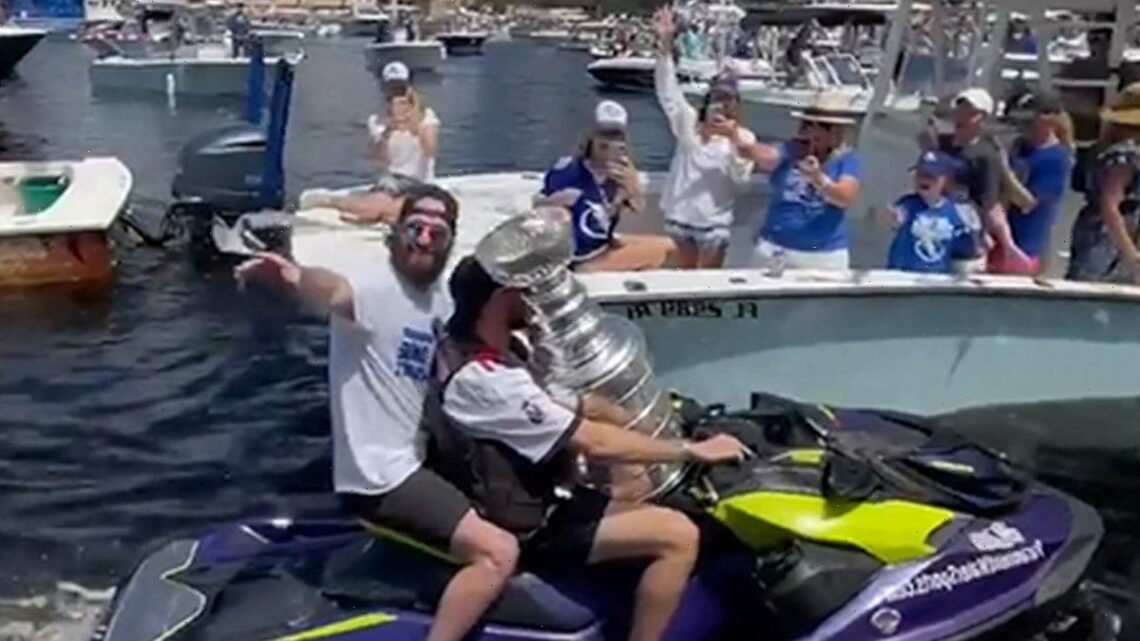 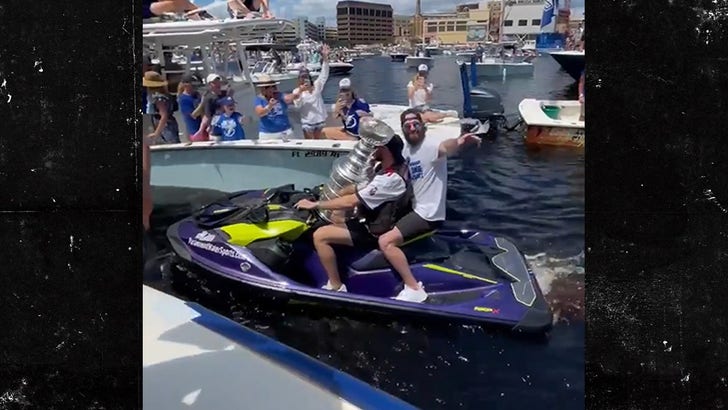 It all went down at the NHL team’s championship parade in Tampa, Fla. … and video from the scene is absolutely AWESOME!!!

The two put the trophy up front near the steering column … and then took the title bling out for a joy ride.

At one point, the guys maneuvered it all the way over to a packed crowd … and stood up on the ride to lift it up so everyone could cheer it on!!!

Of course, the parade has featured a ton of other memorable moments … with guys chuggin’ booze, tossin’ bottles from boat to boat, and even Andrei Vasilevskiy putting the Conn Smythe Trophy on his head!!

And, if you were wondering … the Cup has NOT been thrown from one ride to another just yet — seems the Lightning aren’t willing to be as brave as Tom Brady was in February.

But, probably for the best … the thing is, after all, WAY heavier than the Lombardi Trophy!!

Kate Moss is the new face of Kim Kardashian’s Skims