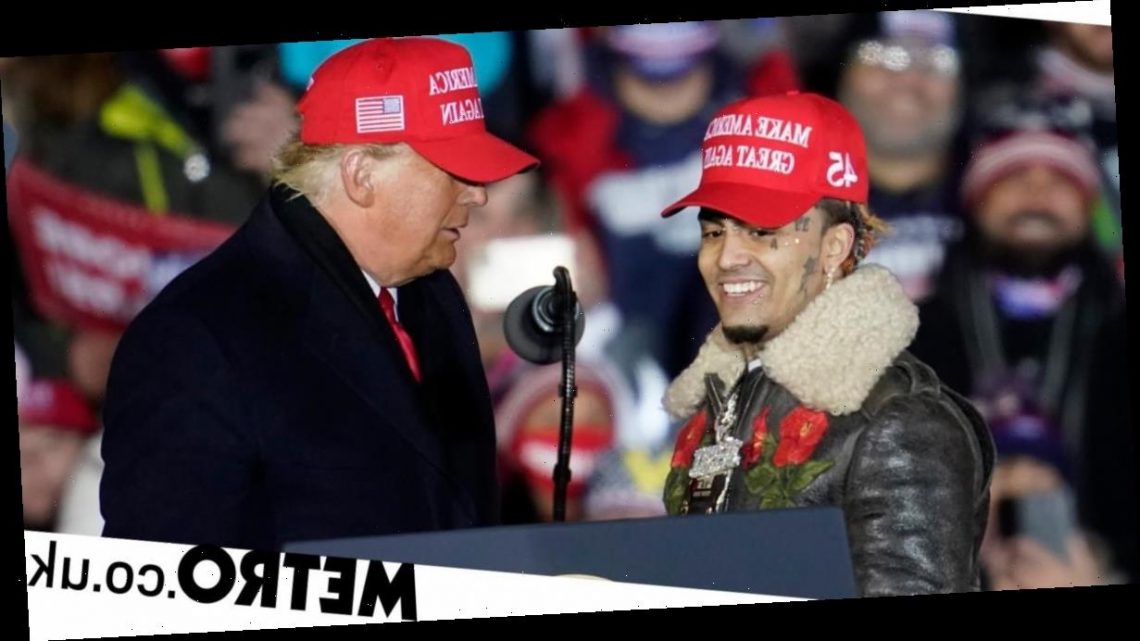 Lil Pump raised eyebrows when he endorsed Donald Trump for President in the US election – but reportedly didn’t even vote for him.

The Gucci Gang rapper shared his support for the Republican candidate, who eventually lost to Joe Biden and Vice President Kamala Harris.

However, it has now been claimed the 20-year-old – real name Gazzy Garcia – was not among those heading to the polls to vote in the state of Florida.

According to Florida voter rolls, via Page Six, he has never been registered to vote.

The publication states an official with the Miami-Dade County Elections Department claimed that he is not registered to vote.

This may come as a shock as the star was a vocal supporter for Trump, and even appeared at a campaign rally for the businessman – who got his name wrong during the event.

Introducing the musician, the politician told the crowd: ‘Speaking of sound, music and other things, one of the big superstars of the world, Little Pimp, there he is!

‘How’s it going? You wanna come up and say something? Come on, Lil Pump, come on up here.

‘Does everyone know who he is? Do you know how big he is?’

Pump replied: ‘I’ve come here to say, Mr President, I appreciate everything you’ve done for our country.  ‘You brought the troops home, and you’re doing the right thing.

Pump also shared an Instagram photo as he posed in front of a Trump banner – with Bella Hadid later branding him a ‘loser’.

Sharing the picture in question on her story, she penned: ‘This is so irresponsible. This kid is a loser.’

Metro.co.uk has contacted Lil Pump’s reps and the County Elections Department for a comment.

MORE : The Voice 2020: Sir Tom Jones shares thoughts on who could win series