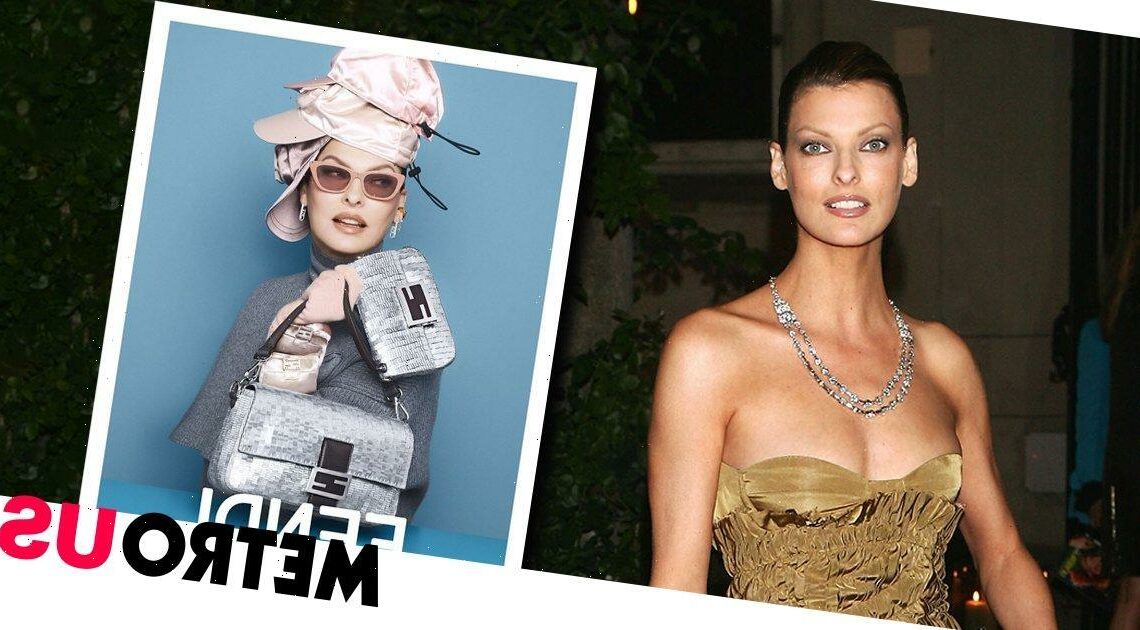 Linda Evangelista returns to modelling after being left 'brutally disfigured' 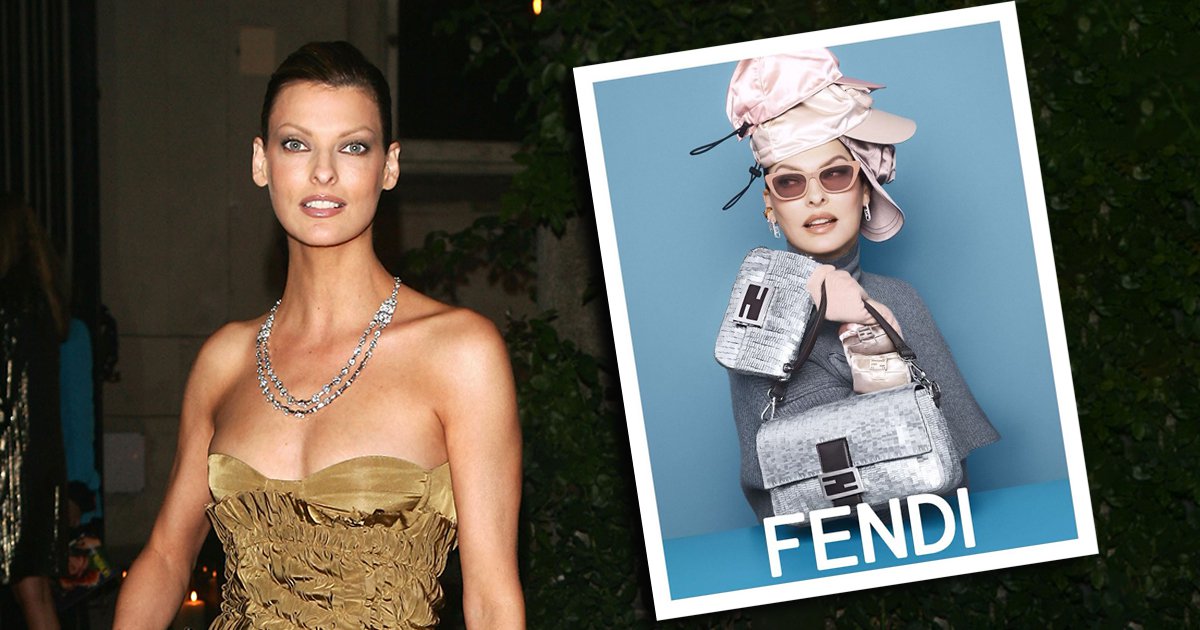 Linda Evangelista has taken on her first modelling job in six years after a cosmetic surgery procedure left her ‘physically deformed’, as she stars in a shoot for Fendi.

The supermodel, who previously said she had been a ‘recluse’ after the procedure, was back to where she belonged in the new photo.

In the newly-released snap, Linda, 57, can be seen wearing a tower of pink caps and donning shades, as well as holding two Fendi bags in gloved hands.

Posting the photo on Instagram, she shared news of Fendi’s upcoming fashion show, before thanking the brand’s artistic directors, photographers, and stylists.

Fans and friends were thrilled to see her back, with one writing: ‘Internet broken,’ while another added: ‘Oh my god YES LINDA! ❤️.’

One more added: ‘No one puts Linda in the corner.. you just can’t keep that kinda glamor down.’

Linda revealed in September last year that she had been left ‘permanently deformed’ and ‘brutally disfigured’ after developing paradoxical adipose hyperplasia (PAH), following a ‘fat-reducing procedure’.

She reportedly filed a lawsuit against CoolSculpting’s parent company Zeltiq Aesthetics over the issues in September. Rolling Stone reported in February this year that the company filed a motion to dismiss the case in December and a judge has yet to rule on it.

Posing for her first photoshoot after speaking out over the ordeal, she told People Magazine: ‘I loved being up on the catwalk. Now I dread running into someone I know.

‘I can’t live like this any more, in hiding and shame. I just couldn’t live in this pain any longer. I’m willing to finally speak.’

Speaking about the side effects, she said that she started noticing bulges around her chin, thigh and bra three months after her treatment.

She explained that she started dieting and exercising more in a bid to reduce the bulges, and soon got to the point where she ‘wasn’t eating at all’, thinking that she was ‘losing her mind’.

Linda said she broke down in tears when she went to the doctor in June, 2016, and was diagnosed with PAH.

The doctors told her that ‘no amount of dieting or exercise’ would ever fix her issues.

Discussing the impact that her injuries have had, she claimed that she chafes ‘almost to the point of bleeding’ if she doesn’t wear a girdle under a dress – and can no longer put her arms flat along her side.

She defiantly added: ‘I’m not going to hide any more.’

CoolSculpting, or cryolipolysis, is a popular fat freezing treatment, cooling the fat so that frozen, dead cells can be excreted out of the body through the liver.

PAH is described as a rare side effect of the procedure and impacts less than 1% of patients, where fatty tissue grows instead of shrinking.

The official CoolSculpting website states that typical side effects include swelling, bruising, cramping, aching and numbness – which can persist ‘for up to several weeks’.

It adds that, though rare, some additional side effects such as paradoxical hyperplasia, late onset pain, freeze burn, vasovagal symptoms, subcutaneous induration, hyperpigmentation and hernia may also occur.

Linda previously spoke out over the condition in a statement shared on Instagram, telling followers: ‘To my followers who have wondered why I have not been working while my peers’ careers have been thriving, the reason is that I was brutally disfigured by Zeltiq’s CoolSculpting procedure…

‘[The procedure] did the opposite of what it promised. It increased, not decreased, my fat cells and left me permanently deformed even after undergoing two painful, unsuccessful corrective surgeries.

‘I have been left, as the media described, “unrecognizable.” I have developed Paradoxical Adipose Hyperplasia or PAH, a risk of which I was not made aware before I had the procedures…

‘PAH has not only destroyed my livelihood, it has sent me into a cycle of deep depression, profound sadness, and the lowest depths of self-loathing. In the process, I have become a recluse…

‘With this lawsuit, I am moving forward to rid myself of my shame, and going public with my story. I’m so tired of living this way. [sic]’

Linda concluded: ‘I would like to walk out my door with my head held high, despite not looking like myself any longer.’

According to Rollying Stone, Zeltiq’s lawyers said in court documents that the company fulfilled its obligation to warn Linda about the risk when she allegedly signed paperwork warning of the risks of PAH.

A spokesperson for CoolSculpting previously told the outlet: ‘CoolSculpting has been well studied with more than 100 scientific publications and more than 11 million treatments performed worldwide.

The spokesperson added that a warning about rare side effects, including paradoxical hyperplasia, is included in the complete safety information, a link to which can be found on the website for the procedure. The warning says the condition occurs in about one in 3,000 treatments, and describes it as ‘the gradual development of a visibly enlarged tissue volume, of varying size and shape, in the treatment area.’ The condition won’t go away on its own, it reads, adding, ‘Surgical intervention may be required.’

Linda rose to fame as one of the top supermodels in the 1990s and has been featured on more than 700 magazine covers during her incredible career.

Metro.co.uk has contacted Abbvie, the parent company of Allergan and Zeltiq, for comment.