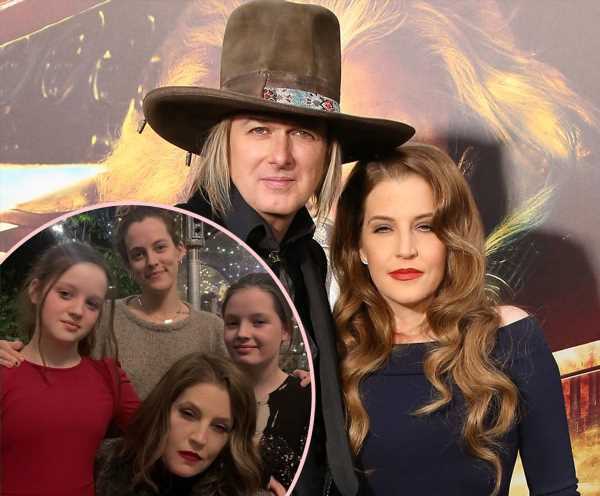 Lisa Marie Presley‘s twins are going to be living with their dad permanently.

As you most likely know by now, the 54-year-old musician passed away on January 12 after she suffered from full cardiac arrest at her home in Calabasas. Since then, the family understandably has been trying to figure out the next steps – including what will happen to Lisa’s two 14-year-old twin daughters, Finley and Harper Lockwood. There had been whispers that a messy custody battle could break out between Michael Lockwood and other family members.

At the time of her death, the singer-songwriter had 60 percent custody of their children, while Michael had 40 percent. Under California law, he normally would get full custody, unless the judge found him to be an unfit parent. But the situation was rumored to become very complicated following the death of Lisa!

Sources previously told TMZ that Danny Keough, who shared 33-year-old daughter Riley Keough with Lisa, had been living with his ex-wife and the twins for a while. He also saw himself as a stepfather to the girls, so he could throw in a request to get custody of Finley and Harper. Additionally, Riley or their grandmother Priscilla Prelsey might do the same. They would be in for the fight of their lives, as an insider told the outlet at the time:

“It’ll be a cold day in hell before he gives up custody of those children.”

However, it sounds like he won’t have to get involved in a nasty custody battle (again). Sources close to the family told TMZ on Saturday that Michael most likely will get custody of the teenagers, as they’ve made it clear to everyone that they want to live full-time with the 61-year-old. The insiders also noted that Finley and Harper have been living with Micahel since Lisa died and have become “comfortable” with the new arrangement.

Furthermore, the Presley family reportedly supports Michael getting full custody of the pair – as long as Riley and Priscilla still get the chance to have a relationship with them moving forward. As long as that living arrangement is what’s best for them, that is all that matters! The girls definitely need all the family support they can get at this time – especially since reports have come out about how hard it’s been for them to process the loss of Lisa.