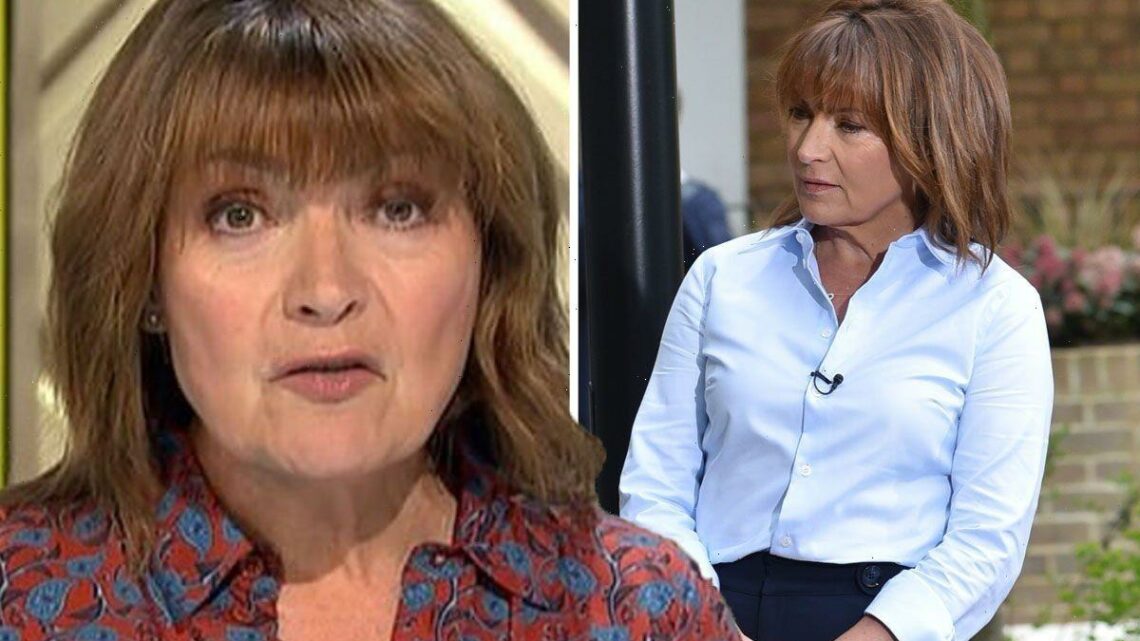 GMB: Boris Johnson asks ‘Who is Lorraine?’ during interview

Lorraine Kelly slammed a Twitter user for being “patronising” towards her daily viewers as she reacted to their post today. It comes after her colleague Susanna Reid’s sit-down interview with Boris Johnson, which aired today on Good Morning Britain, the prime minister stunned audiences across the UK when he revealed he does not know who Lorraine is.

The Scottish-born presenter, who has dominated daytime television for 39 years, took Mr Johnson’s remark in her stride.

Some Twitter users jokingly claimed the Conservative leader’s comment could cost the Tories votes in the upcoming local elections.

The 62-year-old has since reacted online after receiving a tweet on the micro-blogging site.

In response to Mr Johnson potentially losing votes, Twitter user, Simon Mitchell fumed: “The only people who watch Lorraine are the unemployed and the feckless…

“People like you Pippa and your target audience. I think that, far from losing Boris votes, it will probably increase his stock value enormously. Who are these ‘celebs’ that you fawn over anyway?”

Lorraine didn’t hold back after she took the opportunity to respond, in view of her 695,000 followers.

She remarked: “You can say what you like about me but don’t dare have a go at my fantastic viewers. This is beyond patronising.”

Her legion of followers rushed to her defence as they agreed with the veteran TV presenter.

Helen Jordan wrote: “You and other presenters of daytime telly are a great comfort to those who are lonely for all sorts of reasons.”

Sarah Channon added: “Not unemployed but retired and I love watching Lorraine.”

Meanwhile, the broadcaster has reacted to Mr Johnson’s claim he does not know who she is.

The prime minister was interviewed by Susanna Reid on Good Morning Britain on Tuesday.

At the end of the segment, the GMB host handed over to Lorraine for her talk show, telling Mr Johnson: “Lorraine is waiting to take up all the issues that you have brought up in this interview.”

Speaking on her show, the ITV veteran addressed his comments, telling viewers: “Thanks for all your messages – some of you are so funny – reacting to Boris Johnson earlier on asking who I was.”

She said: “Why should he know who I am? He’s busy in the morning; he wouldn’t be watching us – although he could learn a lot, as you know.

“Oh, that was just so so funny. Brilliant interview by Susanna. Really enjoyed that, and that was very very funny. Made my morning.”

Lorraine airs weekdays on ITV at 8am.