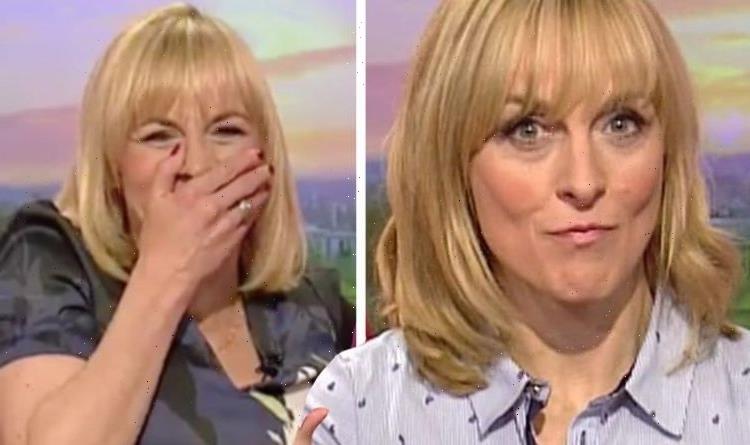 Louise Minchin, 53, was left questioning her actions after a fan pointed out she may have “jinxed” England’s chances in last night’s Euro 2020. The national team ended up making it to the final after what was a very tense match, but before the semi-finals began, the BBC Breakfast host found something she believed might be a sign we would make it.

I asked myself the same thing!

With the nation on the edge of their seats ahead of the what would be a hugely successful game, Louise took to Twitter after her stint on the breakfast show had finished.

“Never [noticed] this until today, and never walked underneath it before. @mrdanwalker #signs #EURO2020,” she wrote, alongside a photo of her under a stone wall which had 1966 engraved into it – the most historic date in English football, when the national team took home the World Cup.

Her BBC co-star Sally Nugent seemed to agree as she replied: “Sign!”

However a fan pointed out she may have placed a curse on the match, referring to an old superstition.

They penned sheepishly: “But was it the right thing to do to walk under it or should she have walked round it?”

After pondering her actions, the presenter soon came back admitting she had questioned herself too.

*This article contains affiliate links, we may receive a commission on any sales we generate from it.