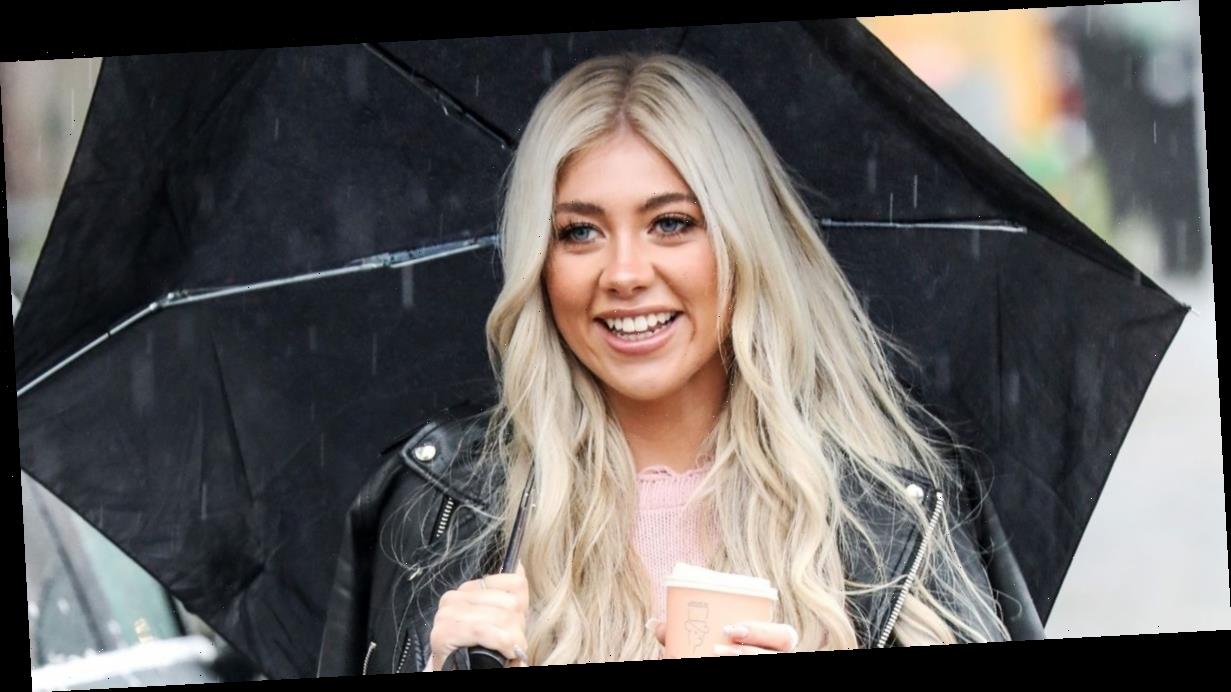 Love Island's Paige Turley was welcomed back to London with a downpour of rain on Monday.

The reality star winner has just returned home from her weekend in Scotland with Finn Tapp where they spent time getting to know her family.

Out in the rain, the wannabe singer kept her blow-dried golden mane dry as she shielded herself with her big umbrella.

In her free hand, the blonde bombshell balanced her takeaway coffee and her stylish handbag, which was adorned with a neckerchief.

All her make-up remained perfect as she maintained her immaculate looks on the rainy streets of the British capital.

Paige didn't let the rain put her off wearing heels when she hit the shops on her own for the gloomy morning.

Despite the cooling temperatures, the TV personality had thrown her leather jacket over her shoulders in a trendy fashion.

Fresh from Cape Town, Paige and Finn have plans to move in together soon.

The winners of Love Island want to invest their £50K in a lovenest together in Manchester.

Paige hailed from Glasgow in Scotland while Finn had been working in Oxford for Oxford City as a footballer.

Having spent 24/7 together in the villa, the couple were determined not to go the distance with their romance.

After the villa, Finn quit the football team in Oxford so he could pursue his showbiz career with his stunning new girlfriend.

A source told Sun Online : "Finn was due back at Oxford and the managers there had made that clear, but he has other ideas.

"He has managed to get out of his contract so won't be playing for them again."

The source added: "He said he really wants to concentrate on Paige right now and the pair have started house hunting in Manchester."

A representative for Finley told Mirror Online: "We have been in regular contact with Oxford City and they understand and appreciate that Finn's work commitments and schedule makes it very difficult for him to have involvement for the remainder of this season which they understand.

"The door is open for Finn to return to Oxford City when his schedule allows him."

How to use hand sanitiser properly to get rid of germs