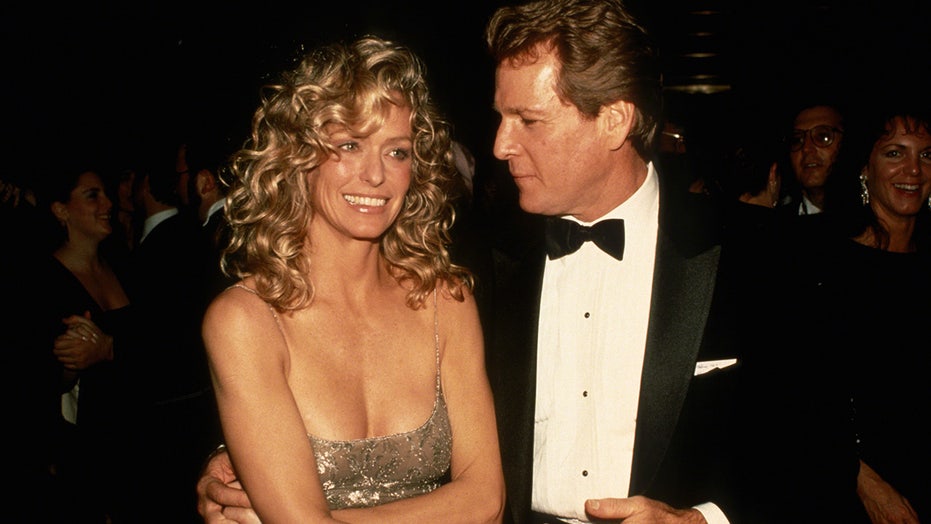 Ryan O’Neal was spotted for the first time since honoring his longtime love Farrah Fawcett.

On Thursday, the “Love Story” and “Paper Moon” star was photographed shopping for groceries in Brentwood, Calif. The 80-year-old kept a low profile as he walked solo while wearing glasses and holding a cane. 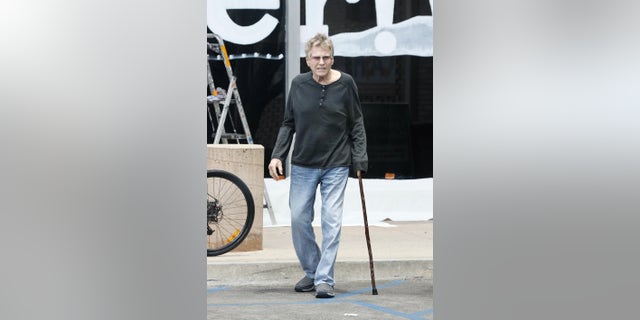 Ryan O’Neal kept a low profile while walking with a cane in Brentwood, Calif. The actor was shopping for groceries days after he honored his longtime love, ‘Charlie’s Angels’ star Farrah Fawcett, on social media.
(Best Image/Backgrid)

At the time of Fawcett’s death, O’Neal called his companion’s fight “long and brave,” noting her family and friends took comfort in “the knowledge that her life brought joy to so many people around the world,” the Los Angeles Times reported.

Fawcett and O’Neal fell in love in 1979 while she was still married to Lee Majors, the star of “The Six Million Dollar Man,” People magazine reported. Fawcett and Majors, 82, were married from 1973 until 1982. According to the outlet, Fawcett and O’Neal never tied the knot. They split in 1997 and then reunited in 2001 after O’Neal was diagnosed with leukemia.

In 2019, Fawcett’s close friend Alana Stewart told the outlet that O’Neal had proposed marriage a few weeks before she died. 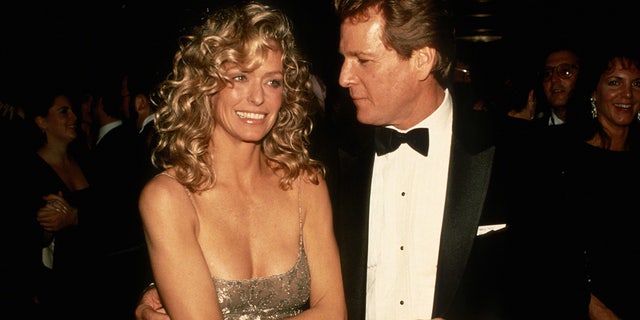 Ryan O’Neal remained by Farrah Fawcett’s side as she battled cancer.
(Photo by REP/IMAGES/Getty Images)

“He never left her side, especially those last few months,” said Stewart. “I think they would’ve married if she had made it because he asked her to marry him in the hospital and she said yes. But she took a turn for the worse. This was just a few weeks before the end, so perhaps it wasn’t realistic.”

“The two of them had a deep bond and deep love,” she shared. “No matter what they went through, the ups and downs, he was the one she wanted by her side.”

And it was O’Neal who held Fawcett’s hand as she took her last breaths.

“There was never a day I didn’t love her,” he told the outlet.

Dave Bautista’s Net Worth Might Surprise You
Recent Posts