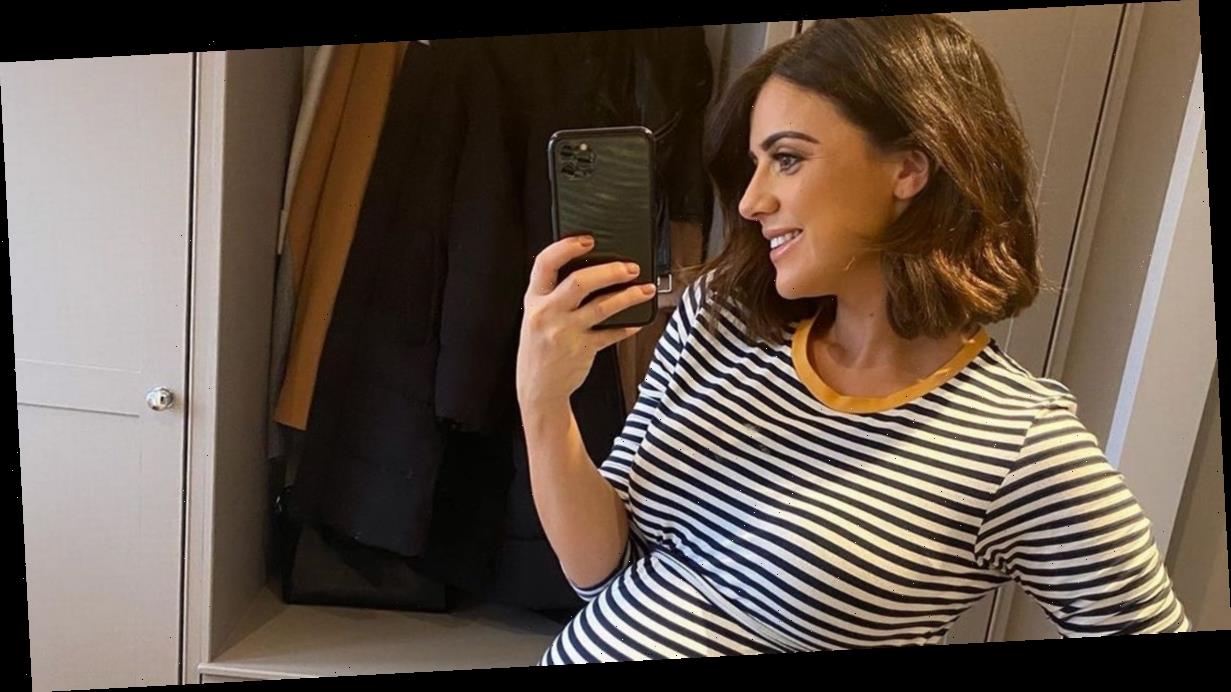 Heavily pregnant Lucy Mecklenburgh is desperate for her overdue baby boy to make an appearance.

At 40 weeks pregnant, and still no baby in sight, the former TOWIE star has admitted she’s “fed up”.

The 28-year-old has been using her time wisely; trying to induce labour with spicy curries and gym sessions.

And now she’s spent her final days of pregnancy ensuing she’ll be the most organised new mum on the maternity ward, having sorted her hospital bag with military precision.

Sharing the update with her social media followers, the first-time mum uploaded a snap onto her Instagram , showing her labelling freezer bags with clothing items and the weight ranges they will suit.

Her enormous bump could be seen under her grey leopard print jumper dress.

Lucy was forced to sit back from the table and stretch her arms out while she organised the baby’s potential outfits into a black Burberry bag, as her huge bump prevented her from getting anywhere close.

An increasingly impatient Lucy wrote alongside the snap: "From maternity pads, baby grows to comfy PJs, I've got it all and Its all In labelled bags haha!”

“Ryan thinks I’ve gone mad!” she laughed, before urging her new baby to “hurry up please!”

She's expecting a baby with fiancé Ryan Thomas , but at nine months pregnant, she’s now overdue and he's still nowhere to be seen.

After a false alarm last week, Lucy is back home and has been documenting her desperate attempts to try to kick start labour.

Her boredom was also evident as she went through all her cupboards in the kitchen and threw out all her old teabags, marvelling at how out of date they were.

Being overdue is probably extra annoying for Lucy given that her best friend Lydia Bright, who she was pregnant with at the exact same time, has now given birth. Lucy and Ryan got engaged in June of last year during a romantic getaway to Italy, and two months later Lucy announced they were expecting their first child together.

They have already debuted the adorable animal-themed nursery on Instagram as Lucy continues her nesting while waiting for her little one to arrive.