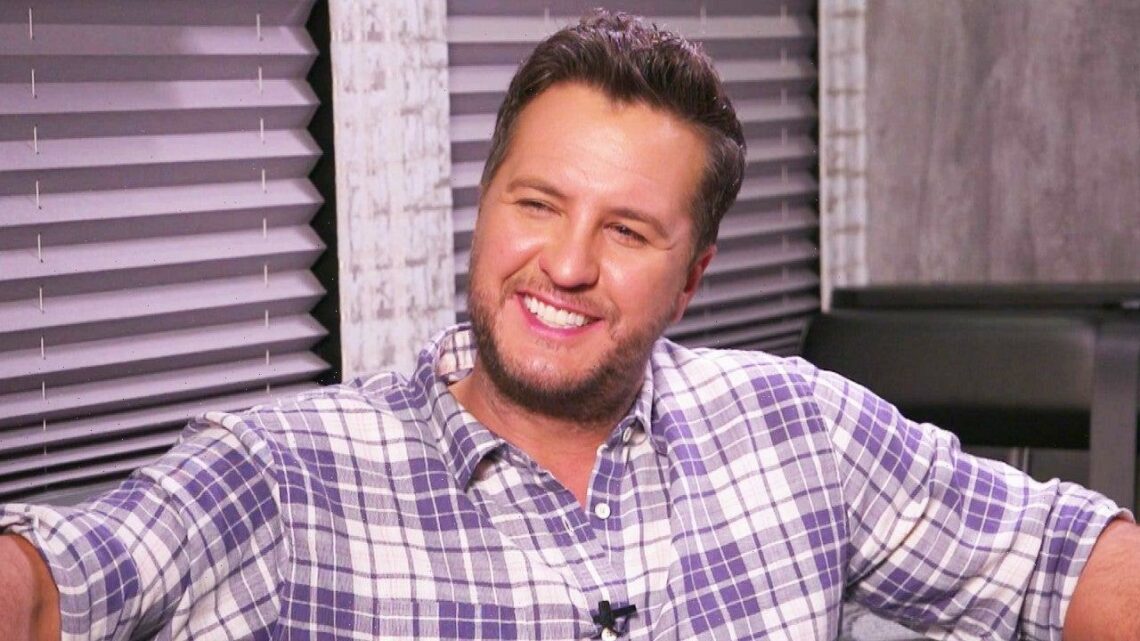 Luke Bryan has some big ventures in the works. The celebrated country crooner andAmerican Idol judge is branching out into new projects, and he’s turning to those closest to him for a bit of trusted input.

ET’s Rachel Smith sat down with Bryan in his trailer on the set of a commercial for Two Lane Beer — his new beer and hard seltzer line — and he opened up about co-creating the brand.

“The name [Two Lane] is like what you find at the end of the two lane road: a place to go fishing or camping or hang with your buddies,” Bryan said of the inspiration behind the brand’s moniker and ethos.

Similarly, the commercial he’s working on evokes a sense of neighborly Americana, as Bryan explained, “The theme is about your hometown and your hometown heroes and legends of your hometown.”

“Because I think in this pandemic we’ve learned more than ever that your town is about the people in that town and the little nuances that they have,” he shared.

For Bryan, getting involved with any sort of beer meant making sure it was something that would make his family and friends proud.

“I can honestly say that I mean I come from a long line of beer drinkers and this one, it’s a great one, and when I give it to some of my buddies and my buddies back home, it passes with flying colors,” Bryan shared.

One particular judge of quality in Bryan’s life is his mom. “My mother is a top notch world class beer expert… [and] I’m glad she likes it. Mama has approved the beer.”

Weekend’s here. Time to unplug. Check out https://t.co/stHKCrswhu for the location nearest you. #twolanelager#twolanehardseltzerpic.twitter.com/DO62e4j5Na

While his new beer brand is rolling out, Bryan has also ventured into modeling. The singer and TV personality has partnered with Jockey for some new underwear commercials — some of which have also featured his wife, Caroline Boyer.

“Caroline and I, we’ve done some videos together, but when we filmed the commercials I was like, ‘Who is this actress I’ve been living with?'” Bryan said with a laugh. “She really impressed me. She intimidated me.”

Bryan’s first ads for Jockey began airing in August, and even aired during the Super Bowl. In February, Bryan’s longtime friend and fellow country singer (and fellow reality competition show star) Blake Shelton ribbed Bryan in an interview when asked about the idea of Bryan modeling underwear.

“It is disgusting, but it’s not surprising… Luke just seems like one of those guys that walks around his house in his underwear all day,” Shelton joked. “If he doesn’t have to put clothes on, he probably doesn’t.”

For Bryan, the ribbing didn’t hurt because he is happy with his choice to partner with Jockey.

“You know the thing about Blake is, you know, I challenged myself by getting in the underwear market because I feel that that to properly model underwear, everything has got to be tight and firm and pumped. And one of Blake’s first big endorsements was [for pizza], so you can see where his brain was, you know?” Bryan joked. “He just wants to sit around and eat wagon wheels of pizza all day and, you know, I want to I want to work out and be underwear ready.”

Amid his many commercial endeavors, Bryan is also serving as a judge on an exciting season of American Idol — alongside Katy Perry and Lionel Richie — which is quickly nearing its finale.

“It is fun to be the judge and just be loose and have fun, and I think we are doing that now more than ever,” Bryan said of the cast’s dynamic after several seasons together on the show. “I feel like we are really catching our stride and really be able to blend it all together.”