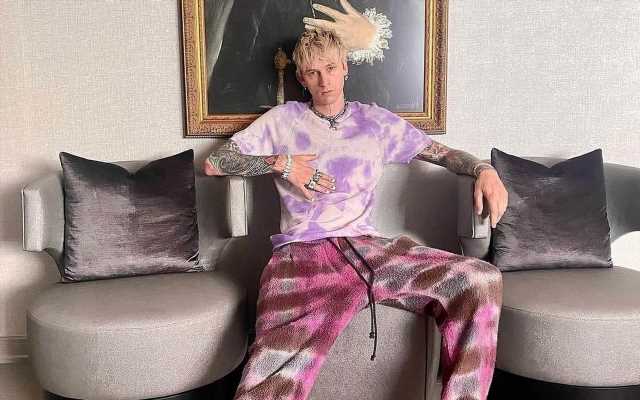 The ‘Tickets to My Downfall’ star won’t be charged as officials decided not to pursue allegations suggesting he assaulted a parking attendant in Los Angeles.

AceShowbiz -Rap-rocker Machine Gun Kelly will not face criminal charges over claims he shoved a parking attendant, but still faces a civil suit for assault, battery and elder abuse.

Kelly, real name Colson Baker, is still facing a civil lawsuit from the alleged victim, John Martin Tilli, who claims the “Bloody Valentine” hitmaker pushed him while shooting his film “Good Mourning With a U” in Los Angeles on 23 August (21).

But on Friday (08Oct21), L.A. City Attorney’s Office officials announced they will not proceed with charges due to a lack of “reasonable likelihood of conviction,” according to TMZ.

In the suit, Tilli claimed the actor and hitmaker grew angry after being asked to leave the lot because he reportedly did not have permission to film there, before he was also confronted by production crewmembers.

Tilli suggests in the documents Kelly pushed him from the front while crew members shoved him from behind.

Sources previously told TMZ that Kelly yelled at Tilli, but did not make contact with him.

Although Tilli is only 49, he is also claiming “elder abuse” at the hands of the 31-year-old star in his lawsuit, the outlet reports.

“Good Mourning With a U”, the movie referenced in the paperwork, is Kelly’s directorial debut with pal Mod Sun, real name Derek Ryan Smith, who also co-wrote it.

It will be his second movie with Fox after they starred together in “Midnight in the Switchgrass“.

Connie Britton Wins Variety Icon Award: My Goal Has Always Been to Reflect Women Back to Themselves
Recent Posts