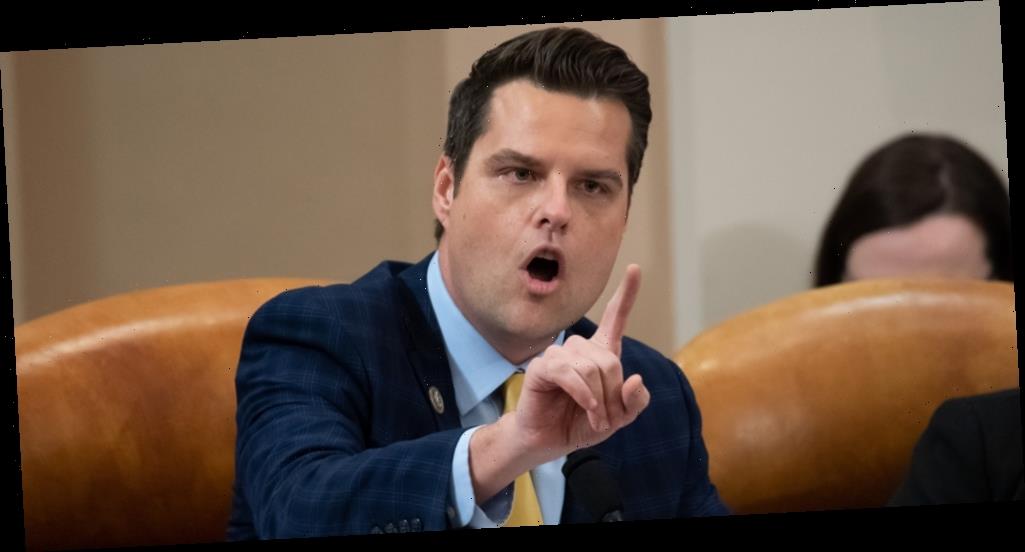 The 38-year-old Republican congressman representing Florida is being investigated by the Justice Department over a possible sexual relationship with a 17-year-old girl, sources told the New York Times reported Tuesday (March 30).

The investigators are looking into whether Mr. Gaetz violated federal sex trafficking laws, according to the report.

“A variety of federal statutes make it illegal to induce someone under 18 to travel over state lines to engage in sex in exchange for money or something of value. The Justice Department regularly prosecutes such cases, and offenders often receive severe sentences,” the news outlet reported.

It is unclear how the congressman met the girl, who is believed to be 17 at the time of their alleged encounter two years ago. The investigation began in the final months of the Trump administration under Attorney General William P. Barr, according to the report.

The three NYT sources also said that the investigation is part of a broader investigation into a political ally, a local official in Florida named Joel Greenberg, who was indicted last year on charges including sex trafficking of a child and financially supporting people in exchange for sex, at least one of whom was an underage girl.

No charges have been brought against the congressman.

“I only know that it has to do with women. I have a suspicion that someone is trying to recategorize my generosity to ex-girlfriends as something more untoward,” Gaetz said in a statement.

Last year, the Republican congressman from Florida was called out for the series of emojis he posted in response to a photo posted by Tiffany Trump, the daughter of Donald Trump.