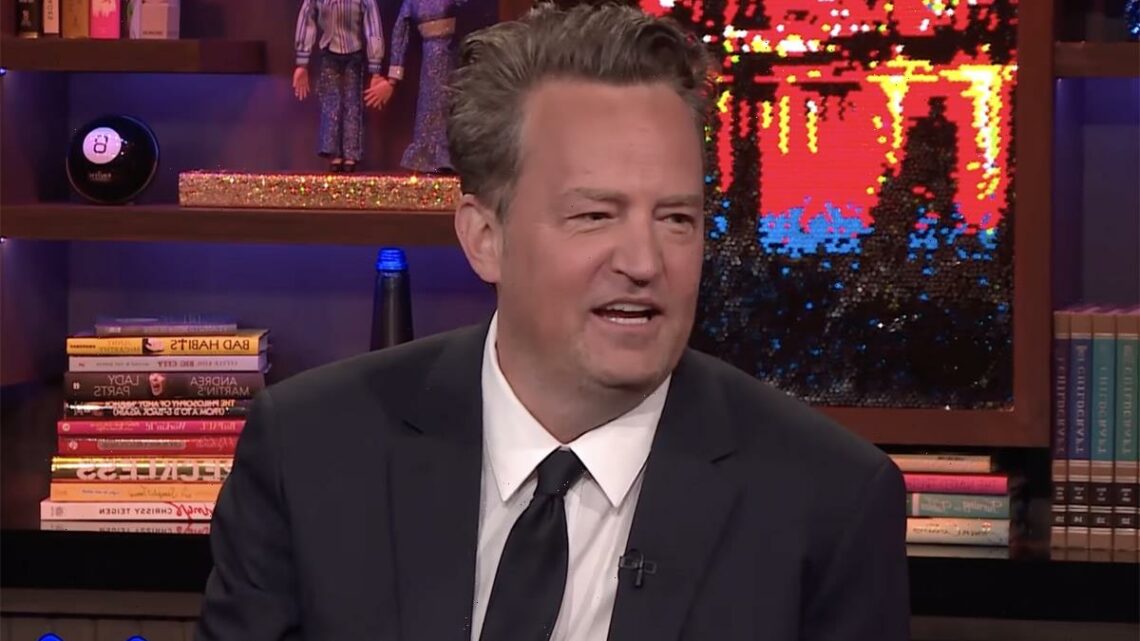 If your goal has been to match with Matthew Perry on Tinder, then we hate to inform you — it’ll never happen.

The sitcom star stopped by SiriusXM’s Andy Cohen Live to promote his hot new tell-all memoir, Friends, Lovers, and the Big Terrible Thing — which goes into WAY too much detail about his romantic history. But for this interview the 53-year-old opened up about his current love life — or lack thereof! — as well as his thoughts on Internet dating, sobriety, and his ever lucrative Friends residual checks. During the interview, Andy Cohen, who recently helped spill ALL the tea on THAT famous RHOBH reunion, asked the comedian:

“You write very honestly also about dating foibles. And you’ve had many. How is it going for you now in your clarity now that the sun is shining, is, have things gotten better for you?”

To which Perry playfully responded:

“I could not be more single.”

LOLz! Could he BE any more Chandler in real life?? Obviously we’ve been hearing a lot recently about Matthew’s more illustrious — and illicit — history. Most recently, he and fiancée Molly Hurwitz broke up in Summer 2021. Has he not found anyone since? Andy might have an answer for that…

The Bravo boss admitted he himself has recently took to dating apps in his search for love, revealing, “I’m on Raya and Tinder,” adding:

“And I’ve just maybe made a commitment to myself in the last couple months. I’m like ‘Okay, I’m gonna actually start dating off these things… I’m gonna like, I’m gonna do this.”

He then flipped the tables back onto Perry, asking:

“Where are you with, because you mentioned to Diane Sawyer you did a little online dating.”

The star QUICKLY responded, “I’m off… Off forever.”

See, we weren’t lying when we told you matching with him on Tinder will never happen! The Friends favorite then added:

Cohen then asked him:

“Would the person you be looking for, are you looking for someone who is also sober?”

This is of course in reference to the Fools Rush In actor’s own struggles with addiction, and his recent revelation that a 2018 overdose landed him in a coma! The actor responded:

“Well, that would be good. But it’s not a necessity. You know, I wouldn’t like to be with somebody who drank so much that you couldn’t recognize them.”

Probably wouldn’t be a bad thing for Perry to find someone who doesn’t partake! Listen to the snippet (below):

The two then moved on to a topic we can never get tired of: Friends. Cohen point blank asked the fan favorite:

“Are the Friends checks that come in today, would you characterize them as bountiful checks? Or would you say it’s a trickle at this point?”

The host sure doesn’t like to beat around the bush! Perry jokingly responded, “Well, yesterday I bought Iowa,” adding more seriously:

Cohen then responded with a joke of his own, prodding:

“I heard you really had your eye on Colorado.”

To which Perry hilariously responded:

“The Rock got that.”

Listen to the funny interaction (below):

Maybe he can use some of that money to cushion his apology to Keanu Reeves even more! Ha! Anyways, what are YOUR thoughts on Matthew’s outlook on e-dating, Perezcious readers? Let us know in the comments down below!

LORENZ.OG is The Color Designer Lighting Up Your Favourite Kicks