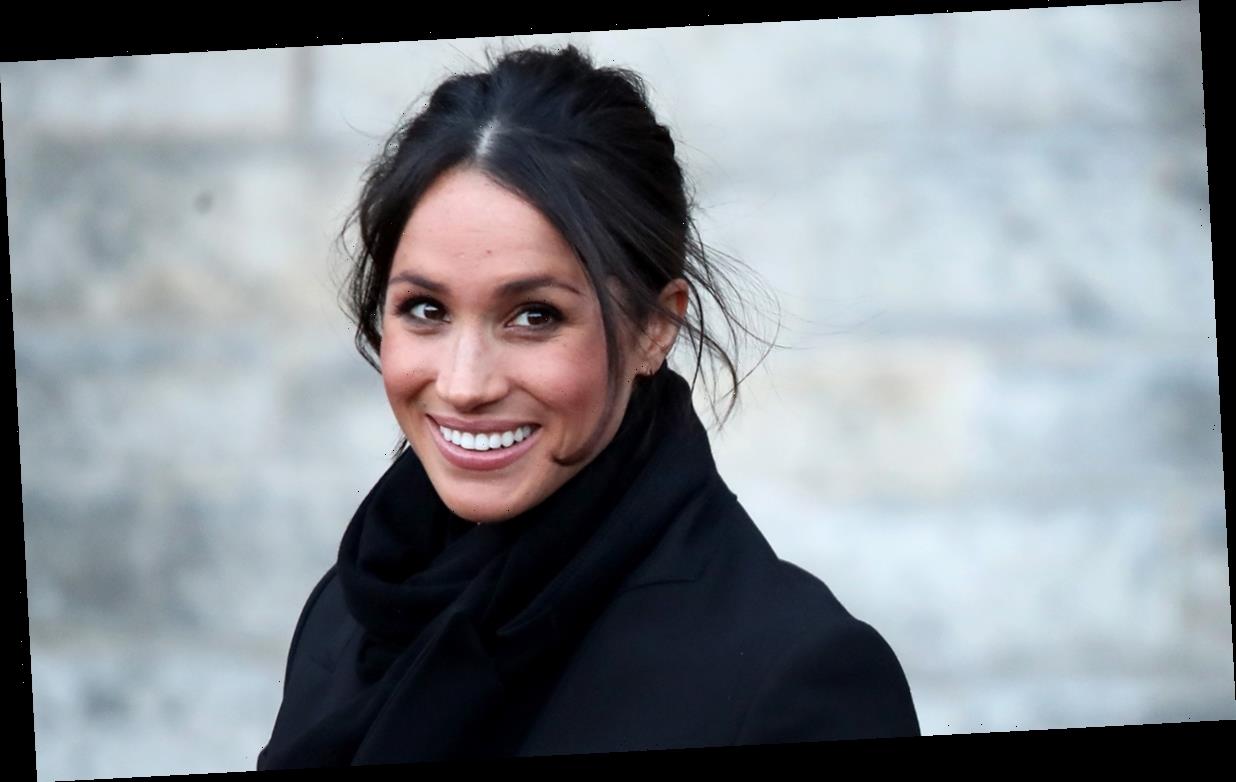 Meghan Markle has landed back in the UK ahead of her first public appearance on Thursday night, and was photographed by The Sun smiling as she left the luxurious Goring Hotel in London. Donning a chic, camel-coloured Alex Eagle coat and pearl-studded black heels by Aquazzura, the Duchess looked radiant as she stepped out into the rain (although she was protected by a doorman’s umbrella), and could be seen grinning from ear to ear.

The sighting comes ahead of the doting mum’s first public appearance since announcing that she and husband Harry will be stepping back from their royal roles. The couple will attend the annual Endeavour Fund Awards, an event celebrating the achievements of wounded, sick and injured servicemen and women who have taken part in sporting and adventure challenges. It’s thought that Meghan and Harry have decided to leave their nine-month-old son Archie in Canada to be looked after by his nanny, as well as Meghan’s best friend Jessica Mulroney, who has three children of her own.

Meghan will make her first public appearance on Thursday night

Harry, 35, returned to the UK last week to carry out an engagement for his Invictus Games Foundation, where he met Jon Bon Jovi, as well as visiting Edinburgh to attend a summit for his sustainable tourism project Travalyst.

The Sussexes announced their surprising decision to step back from royal life in January, and while they had hoped to still carry out some engagements for the Queen, they are now completely giving up their roles as senior royals on a 12-month review basis. They will divide their time between the UK and North America and are expected to still attend big family events, such as royal weddings and the Queen’s birthday, Trooping the Colour, in June, although their official public appearances will be limited.