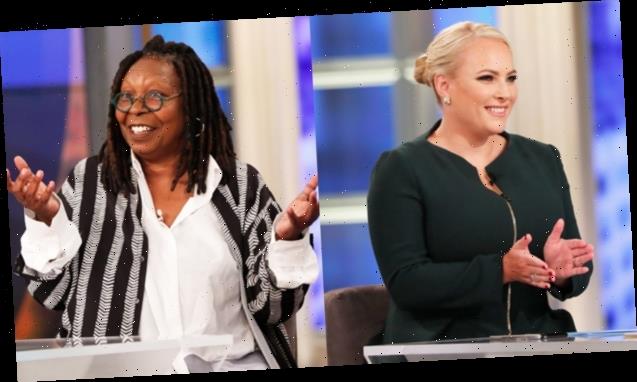 Meghan McCain and Whoopi Goldberg traded jokes about how breastfeeding can change your body in a hilarious segment on ‘The View’.

Meghan McCain got real with her co-hosts as they discussed the things they wish they had been warned about as new mothers. For Sunny Hostin, it was that baby boys sometimes pee in your face. For Joy Behar, it was the extreme worry about your kids’ safety. Meghan revealed that she had a major problem with mastitis and the pain of breastfeeding. She really would’ve loved it if someone told her how much breastfeeding can change the shape of your breasts, too.

“I just wish that someone had told me that my breasts, which used to be so beautiful, now look like an orca’s fin in captivity,” she joked on the April 7 episode of The View, making a flop motion. “It’s gone forever. I just wish that someone would have told me. I would’ve enjoyed them a lot more. Breastfeeding — gone, they’re dead.” Whoopi Goldberg gave some helpful advice (kind of).

“If you think of [your breasts] as Snoopy noses, it’ll be more fun. If you think of looking down and seeing Snoopy and his nose, it’ll give you more laughs,” she said with a straight face as the rest of the co-hosts collapsed in laughter. Meghan noted that she would take that into consideration. 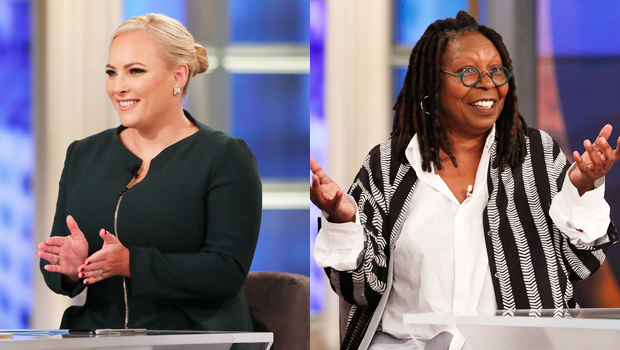 The 36-year-old, who welcomed daughter Liberty Sage Domenech in September, confessed that she leaned on Sunny frequently to assauge her fears as a new mother. “I had mastitis really bad, and Sunny doesn’t sleep. I texted her at like one in the morning while I was breast pumping. She gave me the best advice, and I was venting that ‘I can’t do this, this is so hard, I’m in so much pain.’ Just lean on your girlfriends.”

She added that sometimes, she would tell Sunny about things “so disgusting that I don’t feel comfortable sharing on air. Well, Meghan did reveal in an October birthday post or her co-host that she asked her to “pray” for her during labor. “I appreciate getting to work with you every day and all I continue to learn from you,” Meghan wrote. “I also appreciate that when I was going into labor, I ask you to pray for my vagina — and you did to your catholic saints!”