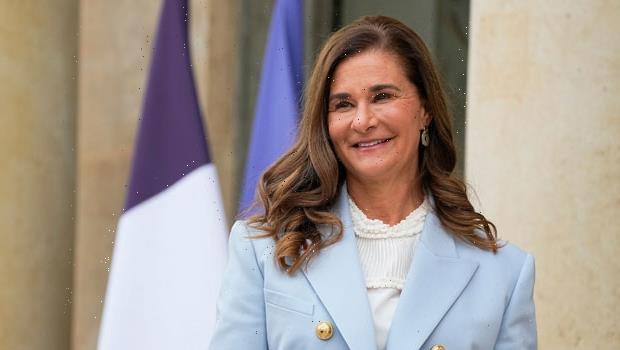 The newly divorced Melinda Gates rocked some designer duds while visiting New York City on Sunday, stepping off her private helicopter in style.

Melinda Gates sported some stylish duds on Sunday, Oct. 10, touching down in New York City via helicopter. The 57-year-old divorcée looked casual-cool as she stepped off her private aircraft, making her way to the Big Apple in head-to-toe designer. Per Page Six, the ex-wife to billionaire Bill Gates, 65, who received more than $2 billion in stocks after filing for divorce in May, wore a $5,000 dollar ensemble. SEE THE PHOTOS HERE!

The getup included a light pink Givenchy cardigan which retails for $1,790 and details the brand’s oversized logo across the back. The 56-year-old wore the sweater over a white top and paired the look with black, ankle-length trousers, also sporting white, Givenchy low-top sneakers that cost $495. For her trip to the big city, Melinda carried a black Balenciaga tote bag worth $1,290. 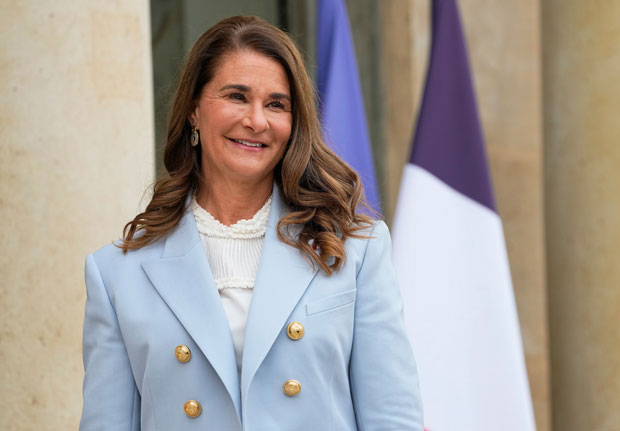 Bill and Melinda announced their split in May in a statement on social media, saying they “no longer believe we can grow together as a couple in this next phase of our lives” but “will continue our work together” at the Bill & Melinda Gates Foundation. Two weeks later, the Wall Street Journal reported that Microsoft’s board of directors moved to remove Bill from its board in 2020 as it investigated the billionaire’s prior romantic relationship with an employee at the tech company. Bill admitted to having an affair during his marriage to Melinda, although he claimed that it wasn’t related to his “transition off the board.”

“Certainly, I think everyone does [have regrets],” Bill told Anderson Cooper during his CNN’s Anderson Cooper 360° when asked about the situation. “But it’s a time of reflection and at this point I need to go forward. My work is very important to me. Within the family we’ll heal as best we can and learn from what happened.”

Although the former husband and wife did not sign a prenup, they decided to divide assets based on a separation contract which was not filed with the court and its terms not disclosed. The couple apparently signed the contract back in May before announcing their split after 27 years of marriage and, according to the court docs, “must comply” with its terms.

Bullfighting could be BANNED for under 16s in Spain