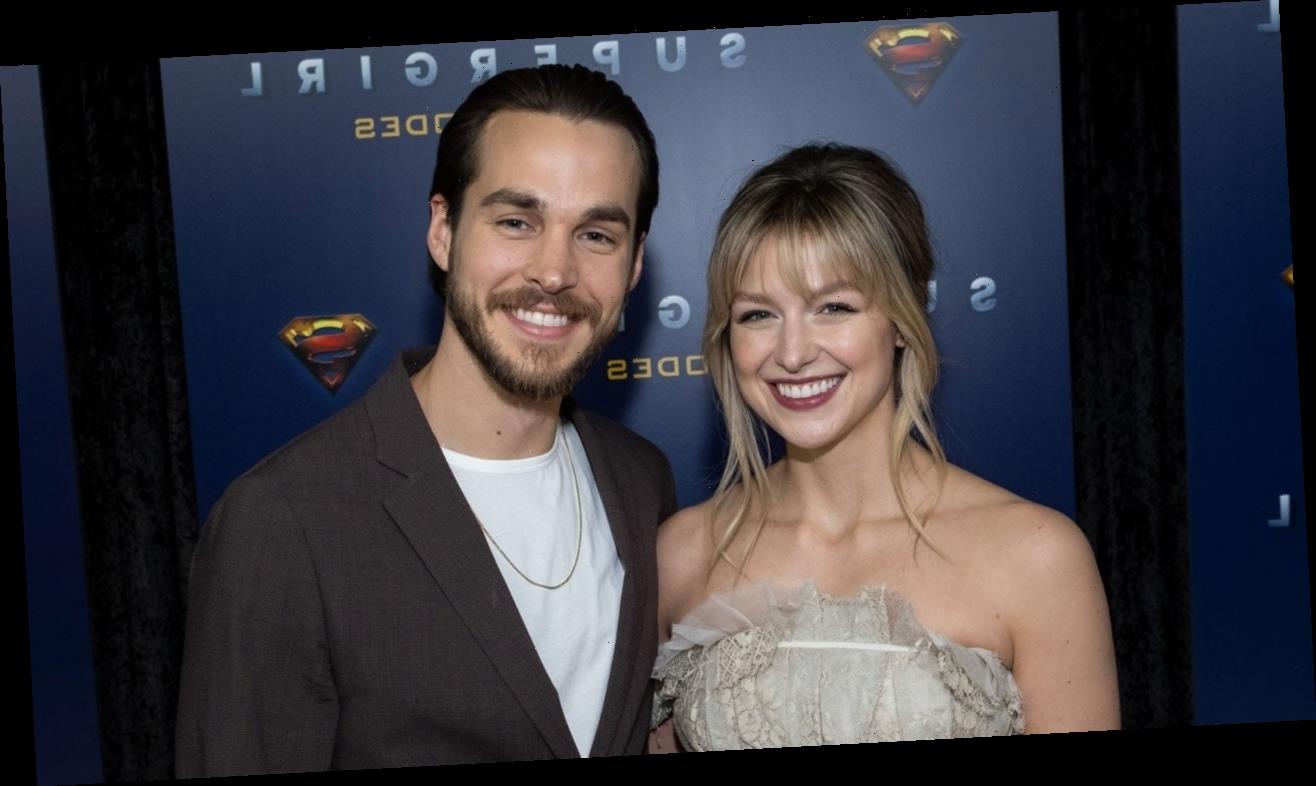 Melissa Benoist and her husband, Chris Wood, are expecting their first child together!

The 31-year-old Supergirl actress announced her pregnancy on Wednesday on Instagram, sharing a picture of herself smiling big while holding up an adorable long-sleeved baby shirt. Meanwhile, Wood also looks ecstatic, carrying one of their dogs. Benoist also jokingly shared a picture of her hugging Wood from behind, who’s sporting a fake baby bump.

“A non-canine child is coming to our family very soon!!!” she captioned the photos. “😱😆😭 @christophrwood has always been an old dad by nature but now he’s going to be a real one!”

Meanwhile, Wood posted the same photos on Instagram and cracked, “The [baby bump] photo is a joke but the news is real…!!! 👶🏻🍼🤗.”

A non-canine child is coming to our family very soon!!! ??? @christophrwood has always been an old dad by nature but now he’s going to be a real one!

Benoist and 31-year-old Wood met on the set of Supergirl in 2016 when he was cast as Mon-El, the love interest of Benoist’s character, Kara. They started dating in 2017 and tied the knot in September.

ET last spoke with Benoist in September at the Saturn Awards, where she gave us the scoop on the latest season of Supergirl. Watch the video below for more: