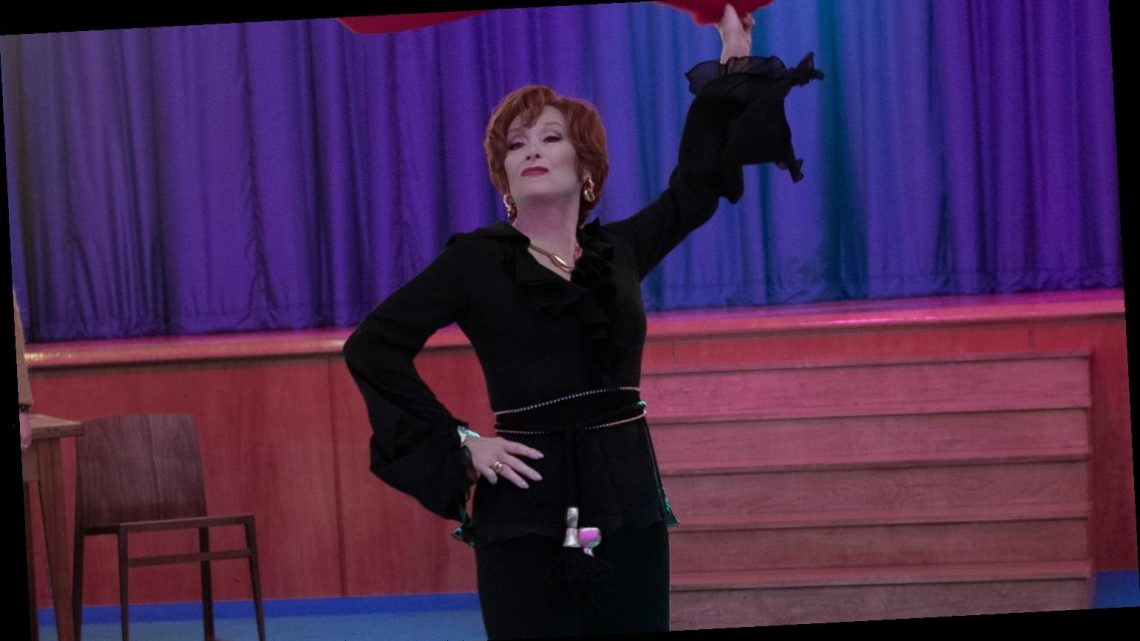 Meryl Streep is once again getting serious Oscar buzz for her performance in the movie musical The Prom and one of her songs from the film has been released online!

The three-time Oscar-winning actress performs the original song “Wear Your Crown” alongside her many co-stars and she raps in the track!

“Gotta wear your crown or your tiara/Now is the time to bust out the mascara/Who needs shade, there’s nothing dullah,” Meryl raps. “We’re living life in full technicolour/But if your sparkle starts to fade/Go out and start your own parade/And if somebody starts in with new drama/Just go high like Michelle Obama.”

The song was written during post-production because director Ryan Murphy decided the movie needed to “end on a high,” co-songwriter Adam Anders told USA Today.

Adam said they wrote a female-empowerment pop/Broadway hybrid “that would encompass all of the emotions of the film, but wrap it all in an uptempo banger you can dance to. Of course, we had to do this all during COVID, so it all had to happen via Zoom sessions as we were locked down.”

The Prom will premiere on Netflix on December 11!