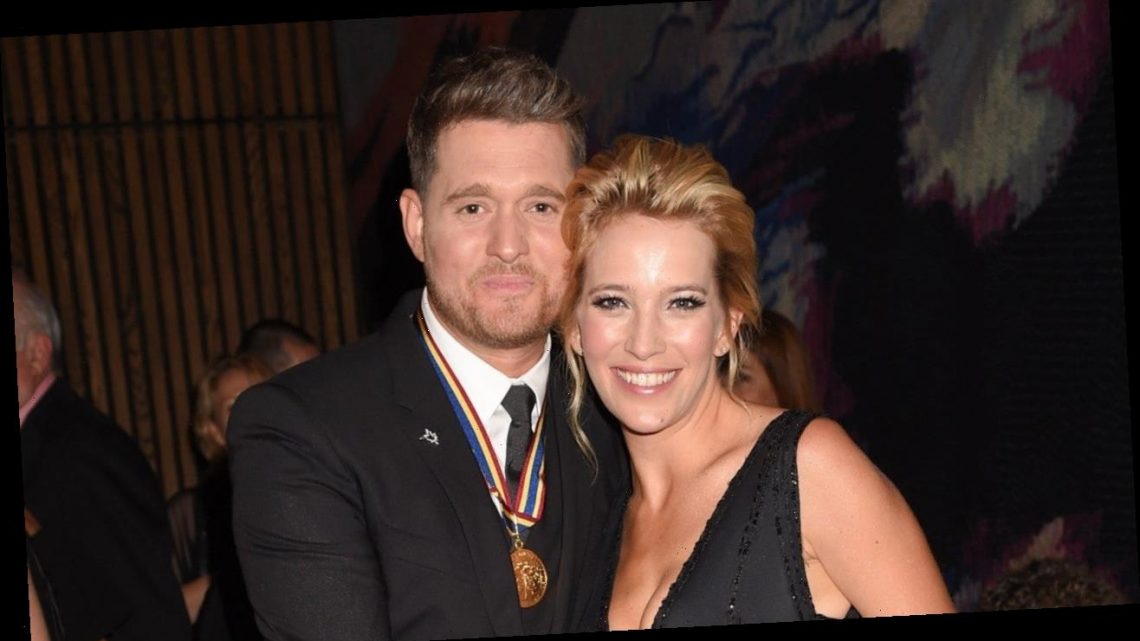 Michael Bublé and Luisana Lopilato are celebrating a decade of wedded bliss.

The 45-year-old singer and the Argentine actress took to Instagram on Wednesday to pen romantic messages for one another on their 10-year wedding anniversary. Bublé posted a sweet photo of himself lovingly looking at his “better half, my hero and the light of my life.”

“In 10 years of marriage, we’ve been through so much Lu… The good things in life have been better with you, and you’ve helped lift me through some of the hardest times imaginable,” he wrote in part, adding, “While there’s a lot more I feel and so much more I want to say, I’ll save that for you.”

He concluded by writing, “I love you Kid. Happy Anniversary.” “Kid” is a nod to his song “Haven’t Met You Yet,” which he wrote for Lopilato, 33, when they were dating.

Lopilato, on her end, wrote a lengthy post in Spanish and English, alongside a video collage about their relationship and life together.

“The love of my life, my partner, my best lover, my best friend. We were able to overcome together all the battles that were presented to us along the way with admirable strength, respect and so much deep love,” she wrote. “I thank God because I know he wanted it that way !! ❤️ For many more laughs, scooter nights, tips, songs, stories, nights, tickles, and the list goes on and on.”

She added that she would “stop here” and tell him the rest “in private. I love uuuuu!!”

The couple has three children together; sons Noah, 7, and Elias, 5, and daughter Vida, 2. In 2016, Noah was diagnosed with hepatoblastoma, a malignant liver cancer occurring in children. He has since fully recovered.

Last April, Bublé and Lopilato posted a YouTube video in which Noah made a rare cameo after beating cancer. In the sweet clip, their son requests that his dad sing a song while using his toy guitar.

Speaking to the Herald Sun in July 2018, Michael said that Noah was a “superhero” for enduring what he did.

“I don’t talk about the whole story, not even to my friends because it hurts too much,” Michael said at the time. “It’s my boy. He’s a superhero, he doesn’t need to relive it over and again. But I’ve been to hell. And you know what, hell seems like a really nice place to vacation compared to where we’ve been.”