Home » Celebrities » Michael J. Fox and Christopher Lloyd have a Back to the Future reunion 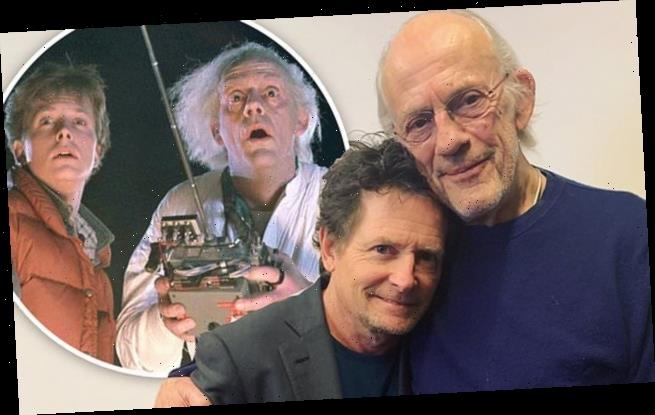 Michael J. Fox and Christopher Lloyd have a Back to the Future reunion

Back to the Future stars Michael J. Fox and Christopher Lloyd reunite for a charity poker tournament

Back to the Future alums Michael J. Fox and Christopher Lloyd gave fans a blast from the past.

‘Going 88mph for the @michaeljfoxorg Poker Night!’ Lloyd, 81, captioned of photo of himself and his former on-screen sidekick, 58, reuniting at a charity poker tournament on Thursday night.

His cheeky caption is a nod to the exact speed required for the DeLorean time machine to work in the beloved sci-fi classic. 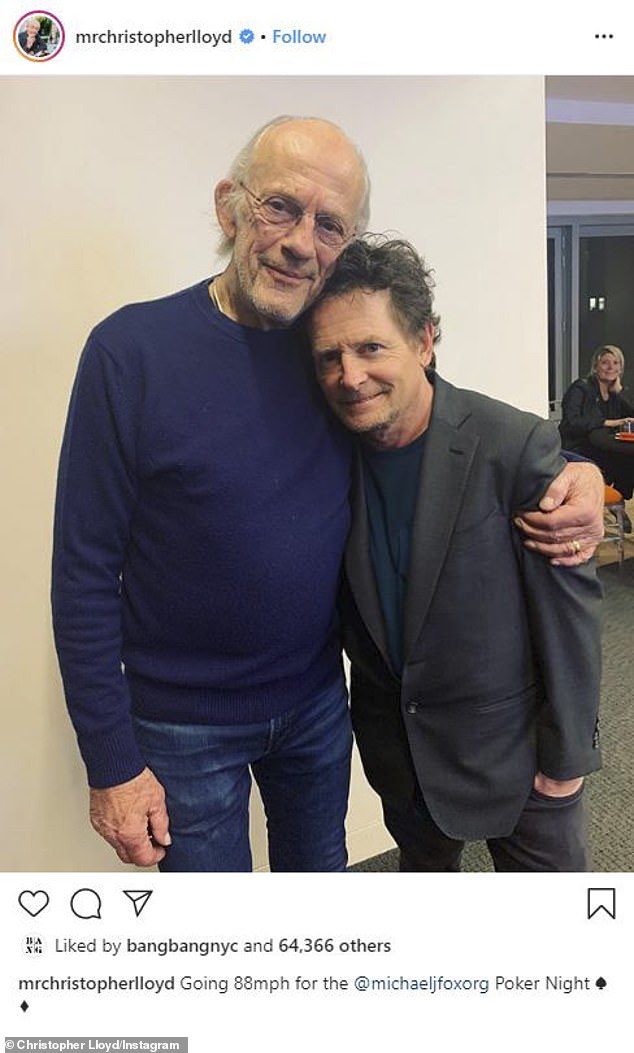 Blast from the past: Back to the Future alums Michael J. Fox and Christopher Lloyd reunited for a charity poker tournament on Thursday night for Fox’s foundation

‘All in with @mrchristopherlloyd at @michaeljfoxorg Poker Night!’ Fox captioned a nearly identical picture of himself and Lloyd, coordinating in dark duds before the game.

All benefits from the night will go to Fox’s foundation, which he launched in 2000, after being diagnosed with Parkinson’s disase, at age 29.

Parkinson’s disease is a neurodegenerative disorder causing tremors and, when the disease has matured, the loss of motor skills. 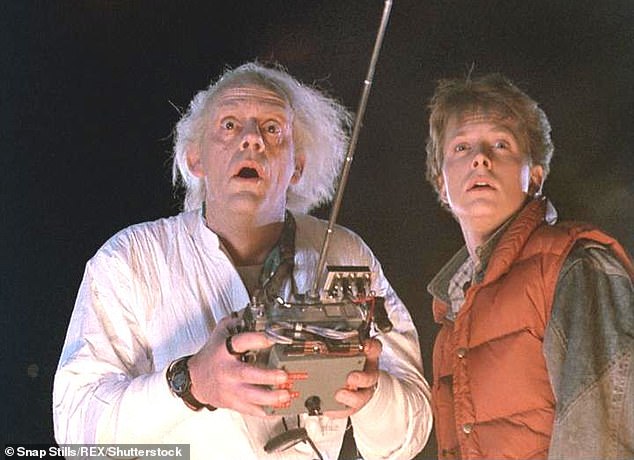 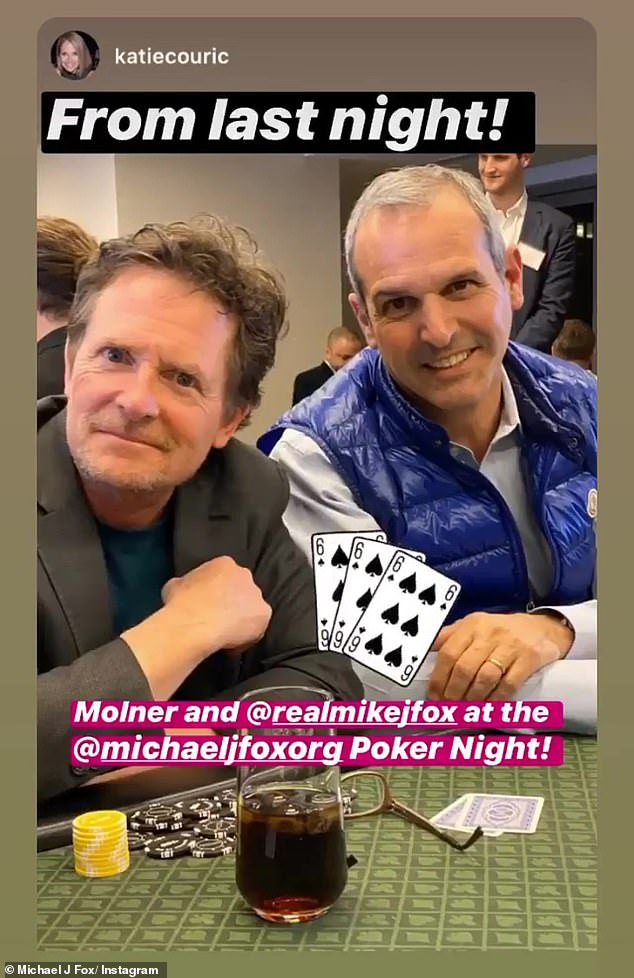 In 2018, he opened up to People about drinking heavily and hiding the wine bottles from his wife because he found it too hard to cope with his new illness.

At the time, it caused friction with Tracy Pollan, with whom he shares son Sam, 30, twin daughters Schuyler and Aquinnah, 25, and daughter Esmé, 18.

After cleaning up his act, Fox realized his path was to help others with his foundation and to collect money for Parkinson’s research.

So far, he has raised nearly $1 billion. 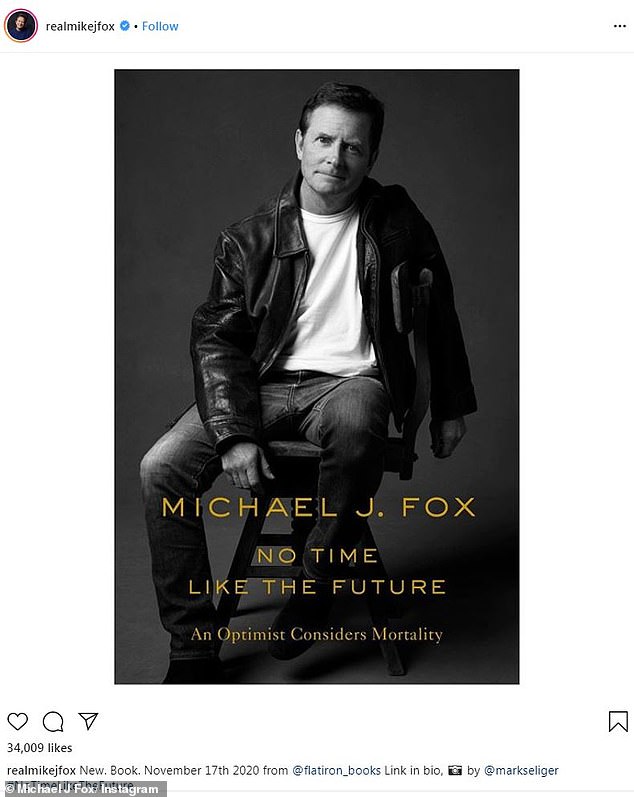 Open book: On Thursday, the Emmy award-winning actor announced his fourth book, No Time Like the Future: An Optimist Considers Mortality, out this November

On Thursday, the Emmy award-winning actor announced his fourth book, No Time Like the Future: An Optimist Considers Mortality, will be released this November.

‘What’s exciting for me is that this new book is less memoir and more perspective— I consider questions I believe we all have about our lives,’ Fox told People. ‘Who am I? Where am I? Where am I going? I don’t want to give anything away, but I think I’ve figured it out.’

His book will include stories and observations about illness and health, aging, the strength of family and friends.