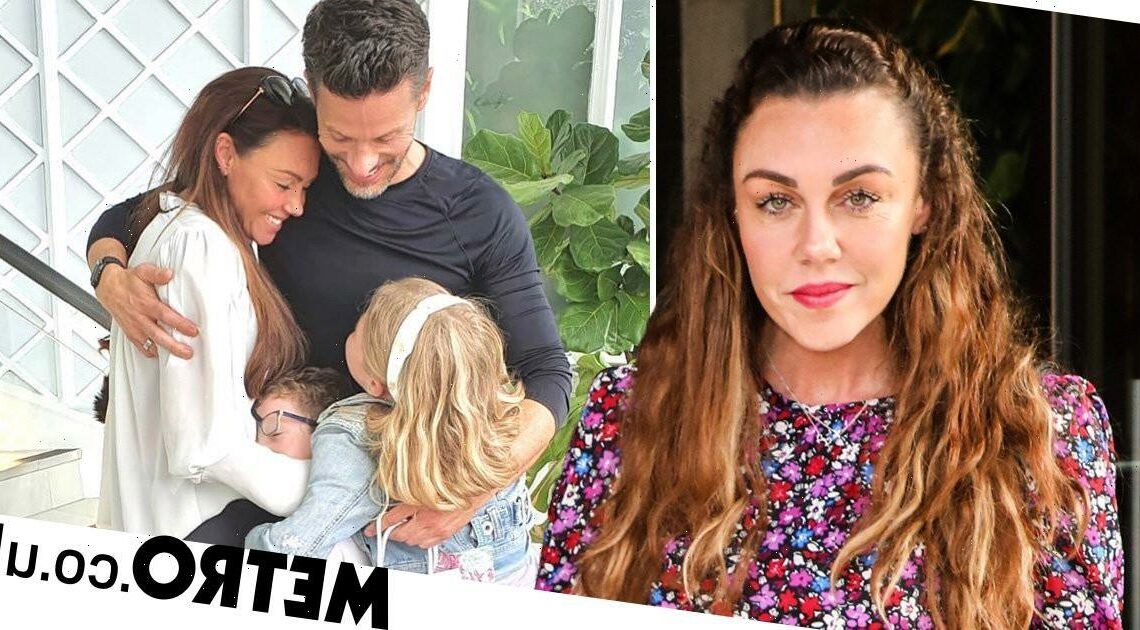 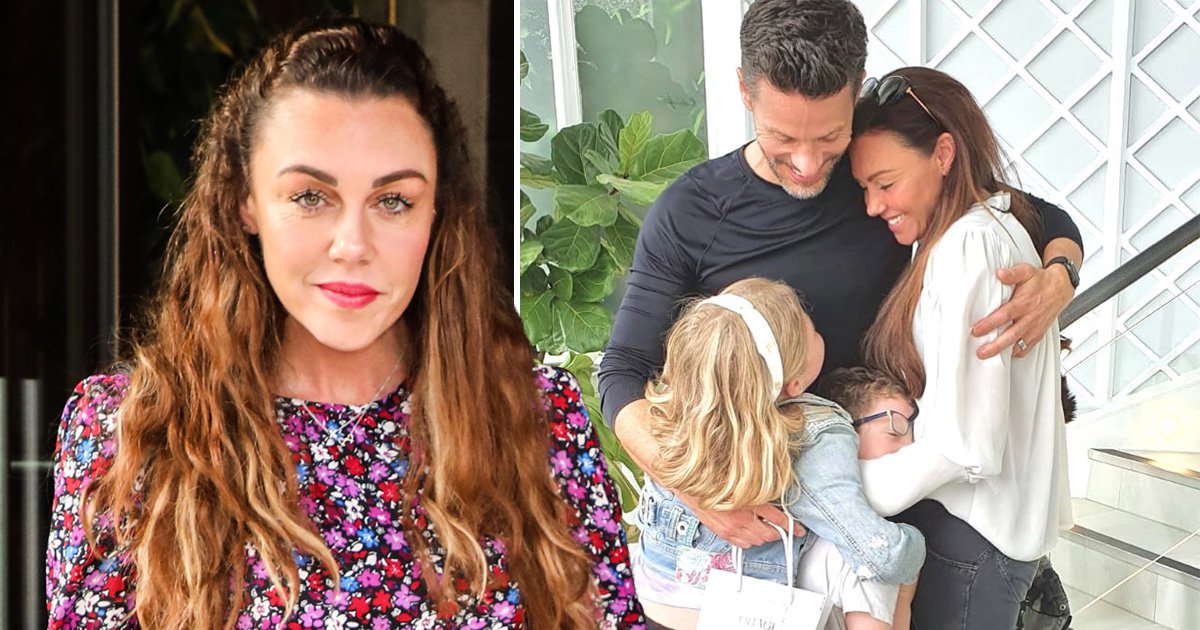 Michelle Heaton has shared an intimate family photo after her exit from rehab last week following a life-threatening battle with drug and alcohol addiction.

The Liberty X star, who said that going to a rehabilitation centre saved her, also acknowledged she has ‘been given a second chance at life’.

Michelle, 41, told The Sun she received treatment at The Priory thanks to ‘a joint effort from all my very dear friends who wanted me to live,’ including her close friend Katie Price.

Shortly after entering the facility, Michelle was told that she was days away from death and there was a chance she wouldn’t make it after three years of her substance abuse spiralling.

Now, having left The Priory, Michelle is back with her family, and on Monday she shared a picture of herself cuddling husband Hugh Hanley and their children, daughter Faith, nine, and son AJ, seven.

Along with the picture, the singer revealed it was taken six days ago ‘on the steps of The Priory’.

She added: ‘@hughhanley Faith & AJ you are my world. I’ve been given a second chance at life and I know I’m lucky to have that.

‘I’m overwhelmed with all the support and messages I’ve received when I was in rehab and since I’ve been out.

‘Thank you to my family, friends, people I’ve met – and not met. It really does mean a lot. X.’

Michelle received plenty of support from her fans and her celebrity pals, including Kerry Katona, Vicky Pattison and Danielle Lloyd.

Michelle had revealed that she had been drinking two bottles of wine and a bottle of vodka almost every day since 2018, as well as using cocaine.

Lockdown made it difficult for the singer to access drugs over the past year so she increased her drinking.

Speaking to The Sun, Michelle had admitted she was on ‘a suicide mission’ as her drinking had spiralled out of control.

‘I never actually thought, “I want to kill myself”, but ultimately I was killing myself. I was crying out for help when I couldn’t actually ask for help. But when you’re an addict, it feels like there’s no way out.’

Michelle recalled ‘shaking’ and ‘crying’ while intoxicated which was the moment Katie, 42, told her to check into rehab.

She added that, during her time in The Priory, she texted Katie to thank her for saving her life.

The star, who rose to fame on Popstars in 2001, said that she was drinking ‘ludicrous’ amounts of alcohol and ‘would be sick then… drink more’.

She added she hit ‘rock bottom with the alcohol’ last September and had ‘excruciating pains’.

‘My doctor could feel my liver sticking out because I was so thin,’ she said.

‘I had scratch scars because liver issues make your skin itchy.’

She said she had to live with ‘pain and suffering’ after a hysterectomy brought on early menopause.

On Sunday, Michelle told her Instagram followers that she is 33 days sober along with a picture of a book about alcohol recovery.