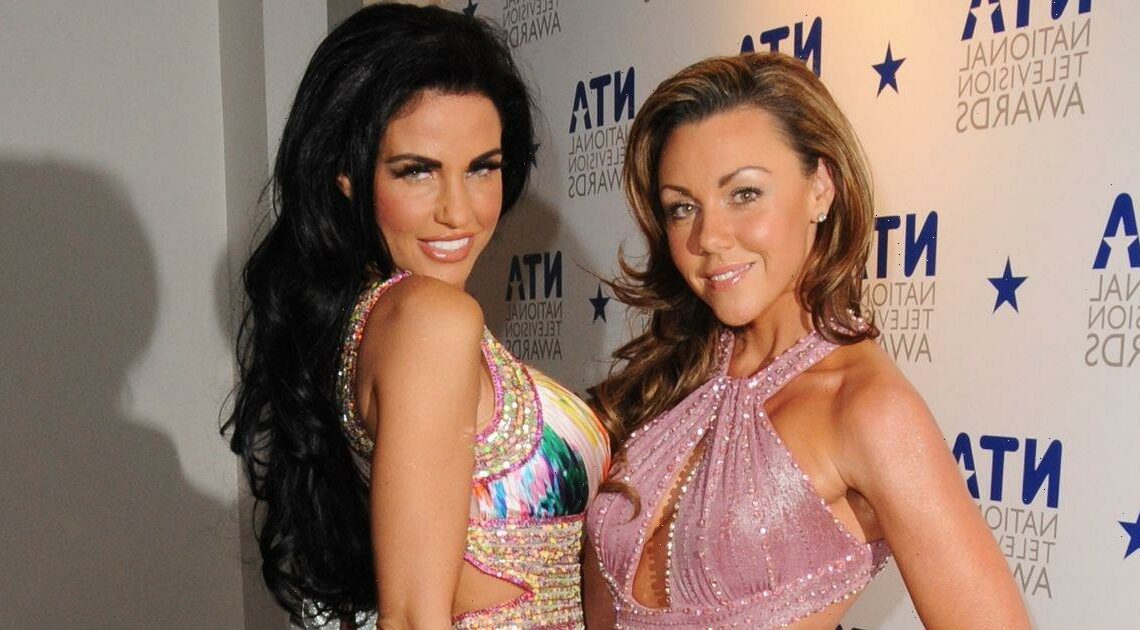 Michelle Heaton says Katie Price "saved her life" as she was "days from death" after going on a three year alcohol and cocaine binge.

The 41 year old has spent recent weeks in rehab after celebrity pals including Katie, 43, footed the bill for her to get help for her drink and drugs addiction.

Liberty X singer Michelle had been drinking two bottles of wine and a bottle of vodka almost every day since 2018, as well as taking cocaine.

She broke down in tears as she gave her first interview since leaving rehab, telling The Sun: "I texted Katie while I was in The Priory, 'You saved my life'. Because The Priory did save my life.

"What I was doing was a suicide mission. I never actually thought, 'I want to kill myself', but ultimately I was killing myself.

"I was crying out for help when I couldn't actually ask for help. But when you're an addict, it feels like there's no way out."

After an intervention, led by Katie, Michelle says she felt "relieved" to be going to rehab.

She said: "I was shaking and I was crying. I was intoxicated. Katie Price said, 'Right, you're going to The Priory'.

"My first instinct was 'Thank God'. I never asked for help but they could see I needed it.

"Over the next 48 hours my manager, Katie, my husband and my best friends did it all for me. When Katie, who's been through the fire and come out the other end says, 'You need this', you sit up and listen."

Just A Little hitmaker Michelle admits she turned to drink and drugs following the discovery that she was a carrier of the BRCA2 gene, meaning she had an 85 per cent risk of breast cancer and a 40 per cent risk of ovarian cancer.

She said: "The hysterectomy plunged me into early menopause. On paper I'm not recognised as a woman, I have no womanly organs.

"Without the HRT I’m just a walking nothing. But I felt I had to live with that pain and suffering myself because I made that choice.

"I wasn't allowed to cry or grieve or ask for help and I didn't have therapy."

Detailing her struggle with addiction, Michelle continued: "I hadn't washed properly, I was scruffy, I looked grey and I didn't care.

"Last September I hit rock bottom with the alcohol and had excruciating pains. My doctor could feel my liver sticking out because I was so thin."

Reward for freeway shooting in California up to $400,000; DA says ‘we’re not messing around’