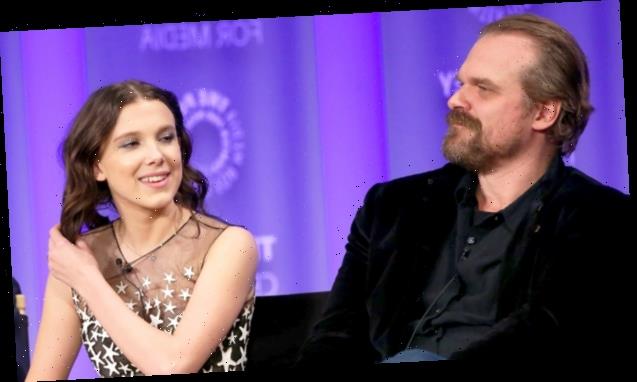 “Don’t tell Netflix,” David Harbour warned his Stranger Things co-star Millie Bobby Brown after he joked about spilling season four spoilers. The actor, who plays Jim Hopper on the hit show, was called out by his 17-year-old on-screen daughter after he went live on Instagram on April 7. During a break from filming, David went live on the app, seemingly forgetting he was still in his character’s costume with bloody makeup. “What’s up, everybody? How’s it going?” the 45-year-old began. “I haven’t done Instagram Live in a little while. I think I can only be here for like three and a half minutes because I think I have to go to set fairly soon.”

He continued, “I’m here, shooting season four of our television show. I don’t think I’m supposed to be showing you these things. Who wants to hear spoilers for season four? Let me just read directly from the script.” The actor added, “It’s a very tough day today. Very tough day. I’m exhausted,” before bursting into laughter when he saw Millie had also joined the livestream.

“Oh s–t!” he laughed. “Millie! Oh, no. Millie, don’t tell Netflix, don’t tell Netflix that I’m doing Instagram Live from set. I’m just gonna read your sections of the script, Millie. I’m just gonna tell everybody what happens to Eleven this season.” David then brought the British actress onto the video stream, where she asked him what he was doing. “I’m so crazy,” David replied. “I shouldn’t be doing this.” 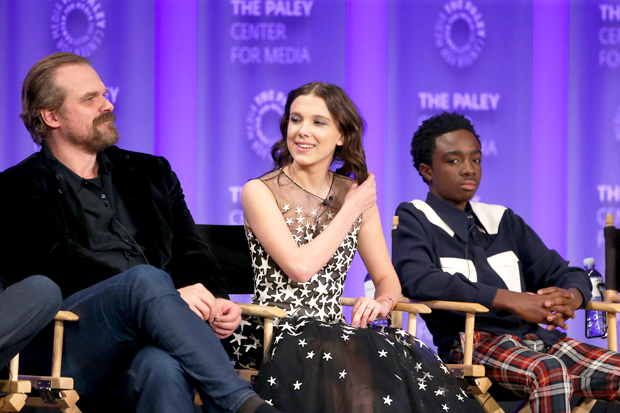 Millie replied, “Get off of Live and go back to work!” to which David then joked, “I’m getting fired.” The pair, along with their other cast mates, are currently filming season four of the hit Netflix show, after production shut down in 2020 amid the ongoing coronavirus pandemic.

In season 4, the Stranger Things kids will be crossing paths with all-new characters and enemies. Netflix has already announced a whopping 8 new cast members, however fans will have to wait a little longer. Due to the COVID-19 pandemic delay, it’s likely the show won’t premiere a new season until 2022. 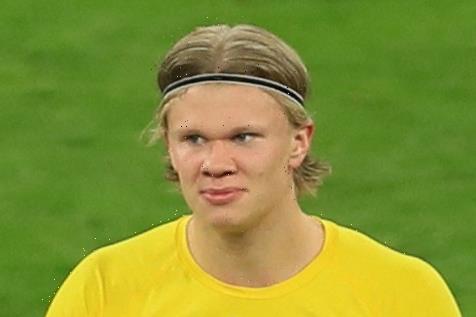