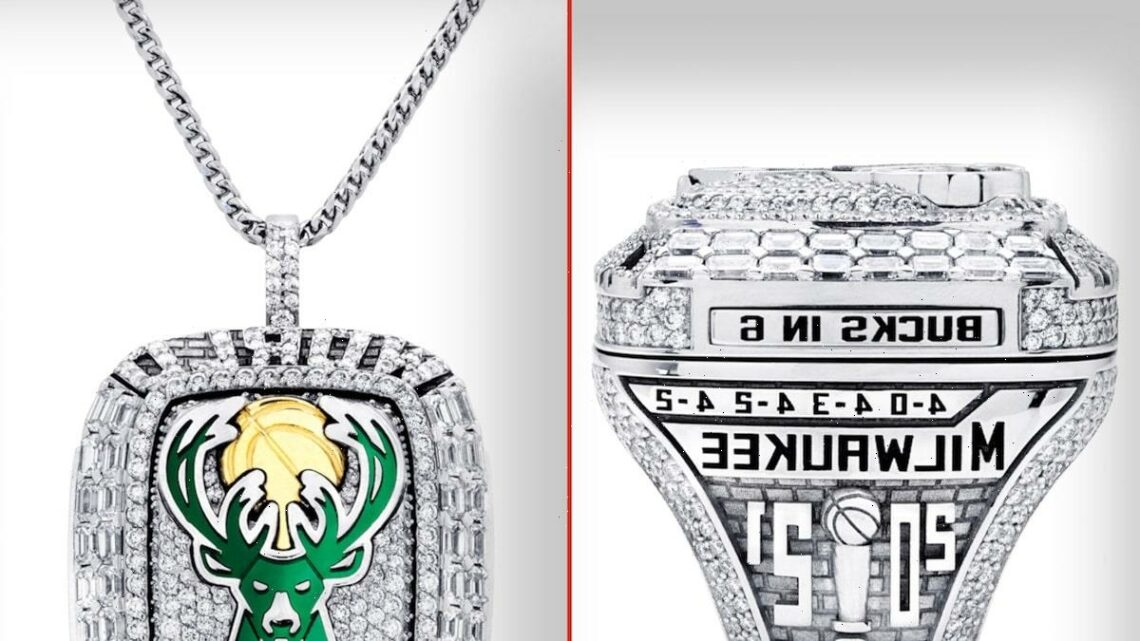 The Milwaukee Bucks just received their 2021 championship rings … and they’re a bit of a twofer — ’cause they can be converted into pendants!!!

Giannis Antetokounmpo and the defending champs revealed their bling prior to tip-off against the Brooklyn Nets to start the 2021-22 season … which features 360 diamonds on top alone.

The sides feature 16 diamonds each — symbolizing the 16 wins during the Bucks’ playoff run and the franchise’s 16 division titles.

4.14 carats of emeralds are included on each ring, representing Milwaukee’s 414 area code. There are also 50 round stones on the inner bezel to mark the 50 years since the team’s first title.

There’s also a QR code on the inside of the ring … which links to a highlight video documenting the team’s championship run.

But, the best part?!? The rings can be converted into pendants and worn like a chain!!!

Jason of Beverly Hills — who also designed iconic rings for teams like the Lakers and Warriors in the past — explained the unique feature … saying, “We sought to create something that had a bit more versatility than rings of the past.”

“As championship rings have gotten bigger, they have become less and less practical to wear.”

“We addressed this by developing a push-button system that allows the players to wear the top of the ring as a pendant, making it a piece of jewelry they can wear every day around their finger or on their neck to celebrate their tremendous season.”

Giannis was clearly thrilled with the finished product … smiling ear to ear as he got his ring.