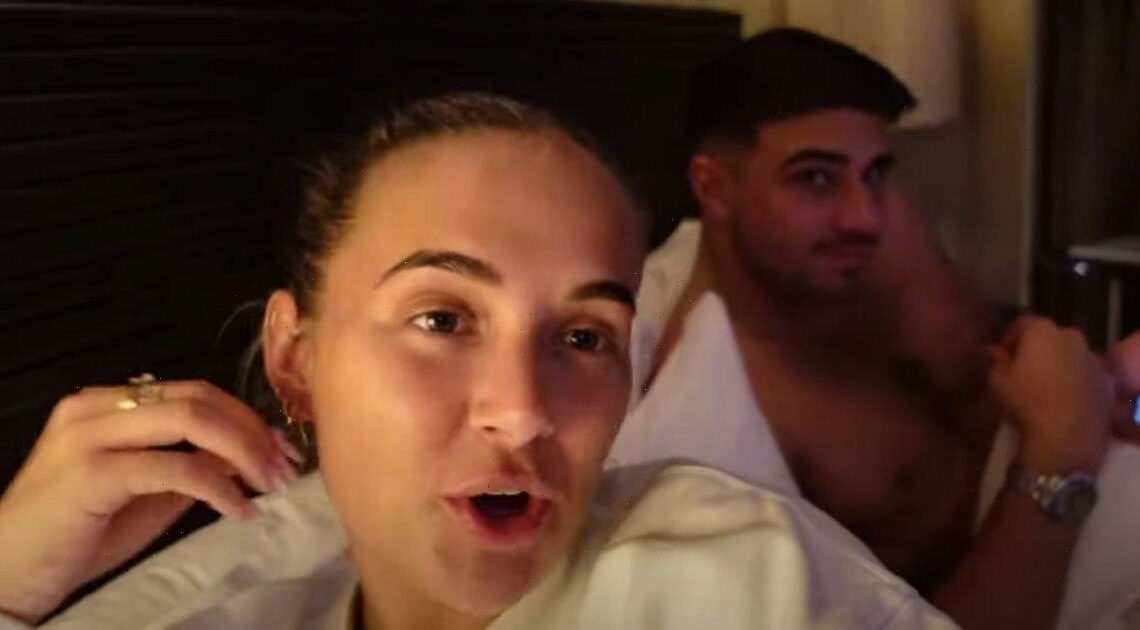 Molly-Mae Hague told fans that her boyfriend Tommy Fury was not using their surprise trip to New York to pop the question.

The Love Island star was updating fans of their New Year's trip to the Big Apple but wanted to clarify the romantic holiday was not part of a secret engagement.

Their holiday included a search for giant corndogs and a look around the National History Museum, but Molly-Mae insisted there would be no ring on her finger by the end of it.

Addressing her fans on the first night of their visit, the 22 year old wanted to quash any rumours that wedding bells were imminent.

Lying on the bed next to her distracted partner, the Pretty Little Thing director said: "Every single person thinks Tommy is proposing to me out here, but he literally booked this trip two days ago – this hasn't been planned long at all."

When the boxing prodigy, 22, snuck over Molly-Mae's shoulder to smirk at the camera, his fellow Love Island winner was quick to assure followers the holiday was nothing more than that.

The influencer added: "I can promise you guys he is not proposing to me. Don't act like you are Tommy because I know you're not."

However, the fashion influencer may not have to wait too long before she officially joins the Fury family.

Molly-Mae added: "I am not saying you won't propose at some point in the next year but I know this trip is not the one so I didn't want people to get their hopes up."

Speculation has been rife among fans that Molly-Mae would be leaving the United States as a fiancée after some of the snaps posted while they enjoyed New York City.

One eager Instagram user wrote underneath a snap: “You need to propose asap we’ve been waiting over 48 hours now and still not surprise. Pls wife her up she’s a keeper”.

Since the trip, there have been less welcoming headlines for the creative director of retail giant Pretty Little Thing.

This is due to comments to businessman and Dragon's Den investor Steven Bartlett on his podcast The Diary of a CEO.

In the podcast she said: “You’re given one life and it’s down to you what you do with it. You can literally go in any direction."

She added: "When I’ve spoken about that in the past I have been slammed a little bit, with people saying, ‘It’s easy for you to say that because you’ve not grown up in poverty, so for you to sit there and say we all have the same 24 hours in a day is not correct. But, technically, what I’m saying is correct. We do.”

There has been a backlash to these comments with some describing them as "tone deaf."

For all the updates about Molly-Mae, Tommy Fury and more sign up for our daily OK! newsletter.

‘The Princess Diaries’ Turns 20, And Heres The Updated Net Worth Of The Cast