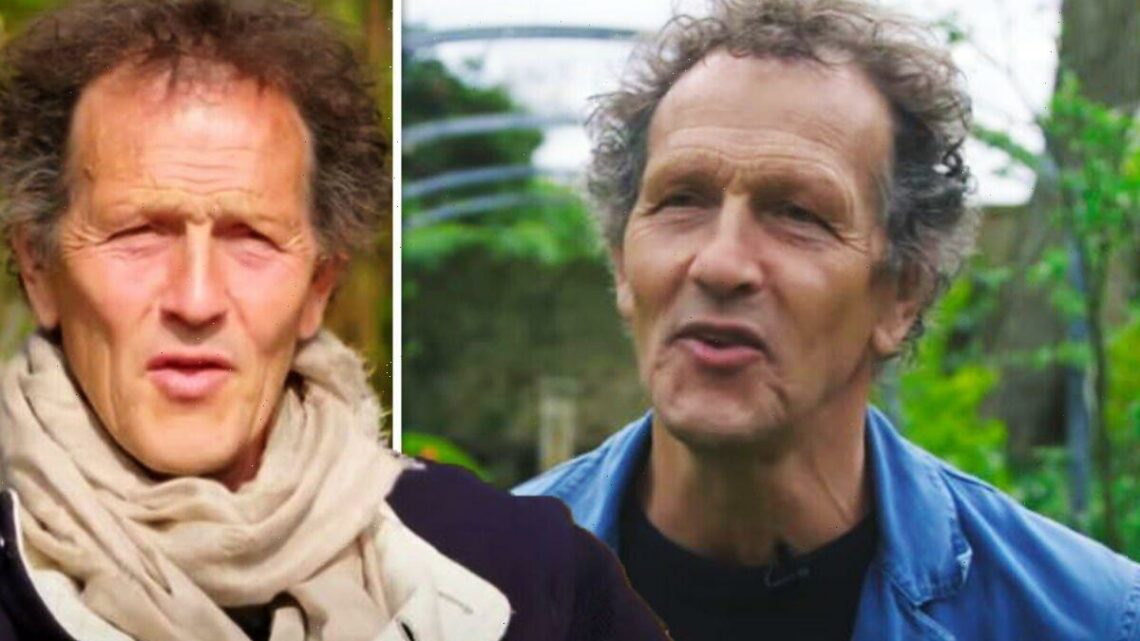 Monty Don has taken to Twitter to share “exciting” news about his upcoming shows for the BBC. The Gardeners’ World host, 67, confirmed that he’ll be keeping busy for the next two years as he revealed more gardening and travel shows are in the works.

In view of his 267,000 followers, the horticulturalist made the announcement after getting the go-ahead from the broadcaster.

Monty penned: “Just had the green light for two new series for the BBC – one on Spanish gardens next year and another biggie on UK gardens, to be filmed across next two years – alongside GW of course.

Following the news, the star’s followers took to the comments to express their delight at the announcement. 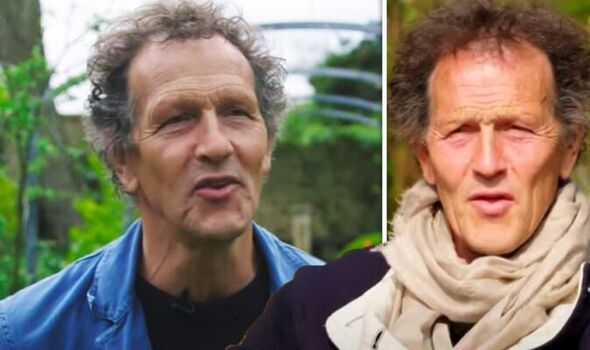 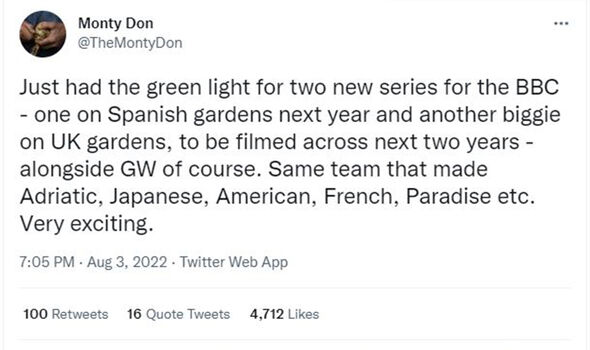 Twitter user @cm_bagot wrote: “Thank goodness, some new gardens to discover. however do still enjoy the repeats. just recently watched you in Cordoba for the open patios thingy (sorry not exact name).”

@maxine_dodd added: “Brilliant! Something to look forward to!”

While @WilkinsonPRLtd penned: “Great news, particularly interested in Spanish gardens and how they cope with heat/dryness. Bit like Worcestershire right now!”

It comes after the star recently paid tribute to his wife Sarah on their 39th wedding anniversary. 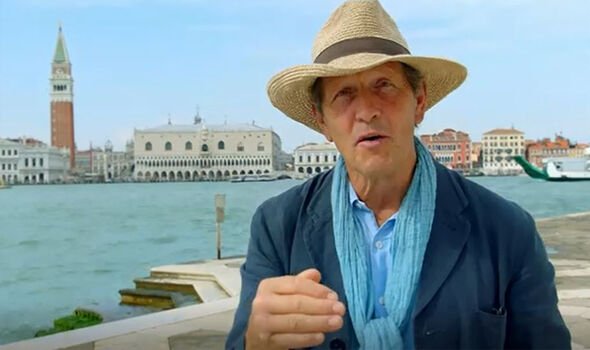 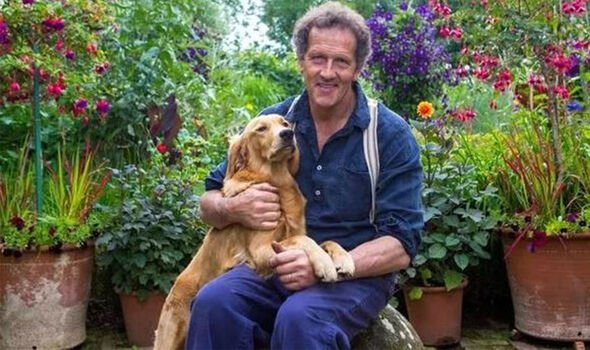 Sharing a sweet throwback snap of her and his wife Sarah on their wedding day, the star gushed over his other half as he celebrated their “strong” bond.

In view of his 1.1 million followers, Monty celebrated the relationship milestone with his wife.

The horticulturalist shared a sweet throwback snap of he and Sarah on their wedding day.

Monty wrote: “We got married 39 years ago today – the picture is a little faded, a little wrinkly, like us but the love is as evergreen and strong now as it was all those years ago.”

Last year, Monty confirmed to a fan that one of his shows is “not commissioned” anymore by the BBC and would not be making a return.

A fan named TMatrix2020 reached out to him asking for an update on one of his older shows.

They penned: “Stumbled upon Big Dreams, Small Spaces on TogetherTV and really enjoyed it.

“Lovely to see @TheMontyDon interact with the public on their projects, you get a different angle of insight to Gardeners World, and get to know Monty as a person better, shame only seems to be 2 series.”

However, the broadcaster was quick to respond to the viewer as he pointed out there were more series.

Although, he also shared the sad news that no more would be on its way.

Monty replied: “There were 3 series but BBC would not commission more.”

The BBC show saw Monty working with amateur gardeners up and down the country to help them create their dream garden.