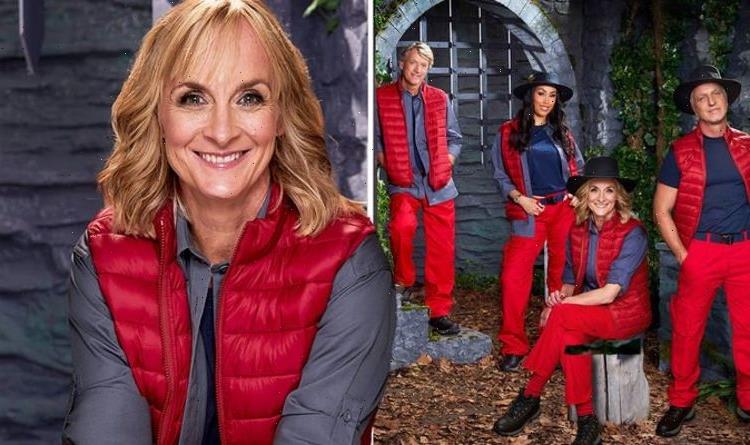 I'm a Celebrity… Get Me Out of Here: Meet this year's celebs

Louise Minchin has signed up for I’m A Celebrity… Get Me Out Of Here! 2021 following her BBC Breakfast exit in September. The 53-year-old will be leaving behind her husband David Minchin and their two children; Scarlett and Mia.

Revealing what she will find difficult about the show, she said: “The biggest challenge for me is going to be small spaces.

“I can’t get in a lift with too many people in and I would rather walk up the stairs than get in the lift.

“And anything with cockroaches, spiders or rats I will squeal and scream. That is not my idea of fun at all!”

Louise went on to say her family are “very worried” about her reaction to the creepy crawlies in camp.

“I will scream a lot and make a terrible fuss,” she added.

However, the ex BBC Breakfast star said she is up for the challenge.

Louise was keen to be a part of the show last year, however she had a broken ankle at the time.

She has since thrown herself back into fitness in the hope of competing another marathon.

Rumoured celebrities to join the camp at a later date include Adam Woodyatt and Simon Gregson.

The show will be aired from Gwrych Castle in Wales for a second year due to ongoing travel restrictions.

Like last year, all participants will have to isolate for two weeks before entering the camp.

The mother-of-two believes he will be “both excited and nervous” for her.

He shared a picture of Louise alongside the caption: “Morning all… can’t wait to watch @louiseminchin on the telly again.

“My phone bill is going to be enormous!”

He went on to say she will “be amazing” on the show.

Giovanna Fletcher became the first Queen of the Castle in 2020.

Taylor Swift’s All Too Well short film: control the narrative, you win

I’m A Celebrity: Richard Madeley speaks out from quarantine as he joins line-up
Recent Posts