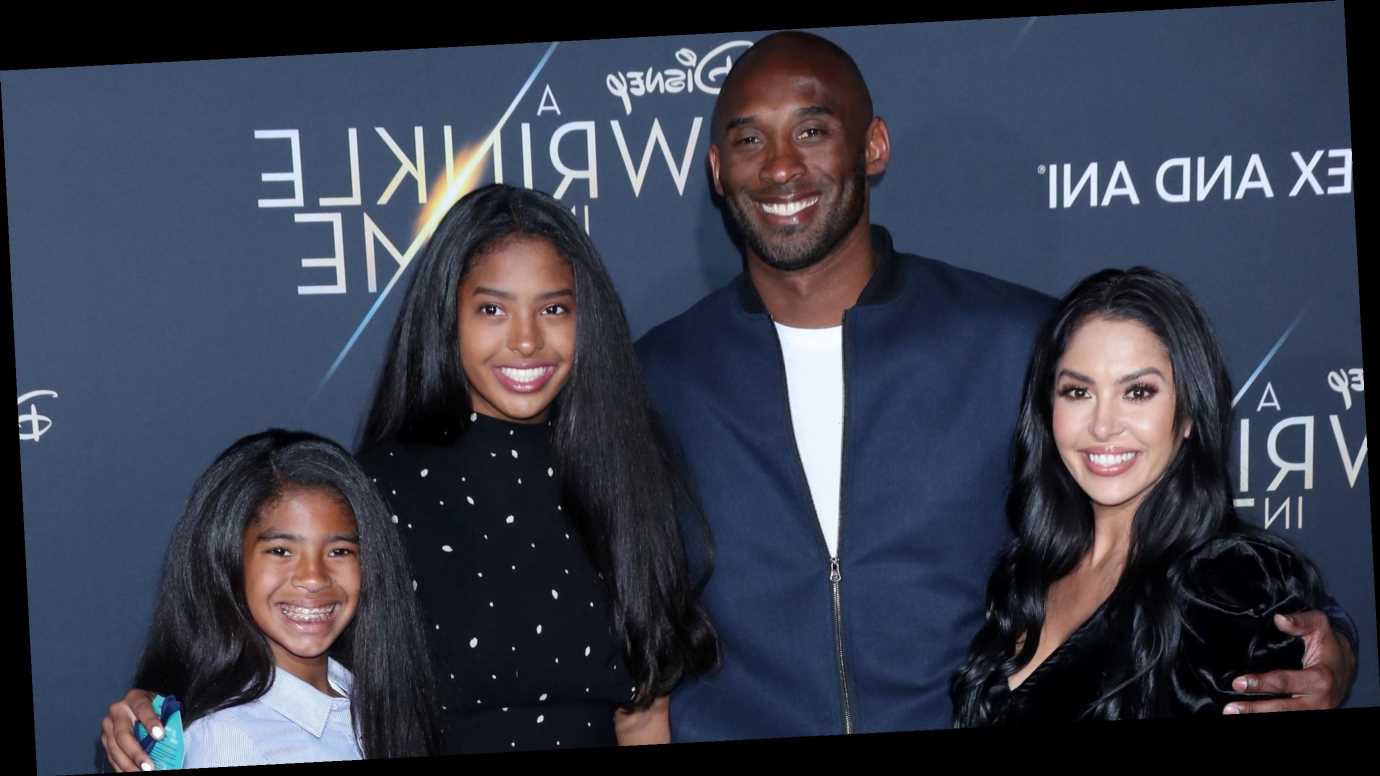 Kobe Bryant’s eldest daughter, Natalia Bryant, posed in front of a mural of her late father and sister Gianna as she attended her winter formal.

Natalia’s mother, Vanessa Bryant, posted the pic on Instagram on Sunday, March 8, showing her 17-year-old wearing a navy and white dress as she smiled with her hand on her hip.

“My babies,” she captioned the photo along with a red heart.

The bittersweet post — which came seven weeks after Kobe, 41, and 13-year-old Gianna died alongside seven others in a helicopter crash — had more than 1.5 million likes in less than an hour, with commenters including NBA star Dwyane Wade sharing their love for the family.

A source told Us Weekly last month that Vanessa “is broken” as she continues to grieve the loss of her husband of 19 years and the second of the couple’s four daughters.

“I’ve been reluctant to put my feelings into words. My brain refuses to accept that both Kobe and Gigi are gone,” the 37-year-old wrote via Instagram on February 10. “I can’t process both at the same time. It’s like I’m trying to process Kobe being gone but my body refuses to accept my Gigi will never come back to me. It feels wrong. Why should I be able to wake up another day when my baby girl isn’t being able to have that opportunity?! I’m so mad. She had so much life to live.”

Vanessa has been leaning on her mother, Sofia Laine, for support with her daughters Natalia, Bianka, 3, and Capri, 7 months, “but at the end of the day, there aren’t words to describe her feelings,” another source told Us.

The model paid tribute to her husband and daughter in a 20-minute eulogy during the public memorial for the duo at the Staples Center in L.A. on February 24.

Calling Gianna her “best friend,” Vanessa described her daughter as having a smile “like sunshine.”

“We will not be able to able to see Gigi go to high school with Natalia and ask her how her day went,” she added. “We didn’t get the chance to teach her how to drive a car. I won’t be able to tell her how gorgeous she looks on her wedding day. I’ll never get to see my baby girl walk down the aisle, have a father-daughter dance with her daddy, dance on the dance floor with me or have babies of her own. … I cannot imagine life without her.”

Of Kobe, who she met when she was 17, Vanessa said, “He was my everything.”

“He was the most amazing husband,” she continued. “Kobe loved me more than I could ever express or put into words. He was the early bird, and I was the night owl. He was fire, and I was ice, or vice versa at times. We balanced each other out. He would do anything for me. I have no idea how I deserved a man who loved and wanted me more than Kobe.”

Stephen Curry Diagnosed with Flu Before Game, Not Coronavirus