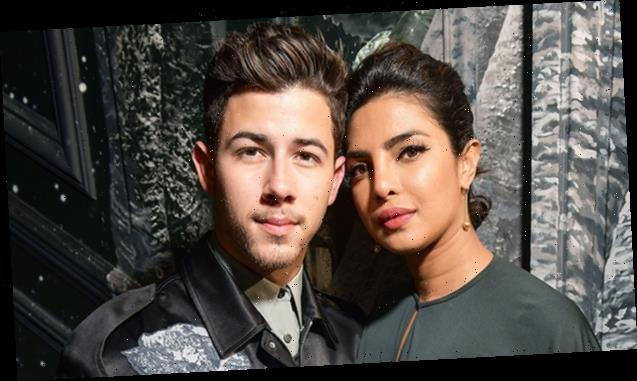 Giddy-up! Nick Jonas and Priyanka got to live out their wild west fantasies by donning a pair of cowboy hats before taking a gorgeous horseback ride down to the beach.

You can practically hear Orville Peck’s velvet tones echoing off of the date photos Nick Jonas, and Priyanka Chopra posted to their Instagram accounts on March 1. In the pictures, Nick, 27, and Priyanka, 37, are seen atop horses on a romantic ride near a beach. “Magic,” Priyanka captioned her gallery, and it certainly was. In her first pic, she and her hubby hold hands while posing near the waves. As if riding horses with your love wasn’t romantic enough, these two took it up a notch with the PDA. She also gave her fans a better look at her riding outfit. In a stylish coat and dark pants, the Quantico star seemed ready for the dreary overcast weather, but her smile in Nick’s pictures shone was as warm as a summer afternoon

“Sunday” was all that Nick wrote, but with pictures being worth a thousand words, there wasn’t much more he had to say. The “Sucker” singer was clearly happy to spend the day with the love of his life and a pair of beautiful horses. Nick, by the way, looked pretty good himself. He almost pulled off the “Man In Black” look with his hat, puffy vest, and pants all the color of night. However, he gets points taken off for his brown >boots.

Days before the horseback riding date, Nick and Priyanka took on the urban frontier by hitting up New York City. The two were actually twinning on Feb. 26. As they were headed to their swanky Manhattan pad, the couple was photographed twinning in orange. Priyanka wore a cozy creamsicle colored turtleneck and a wide leg quilted white pant. She finished the outfit with a tight black-knit cap, and considering how cold it’s been in NYC as of late, it was the right move. Nick kept warm by wearing a gray “PALACE” sweatshirt with a bright orange hood. He also wore a pair of black Adidas track pants, which was perfect for a cold NYC day at home.

Thankfully, Nick checked the mirror before heading out on his Sunday ride with Priyanka. Nick famously had something in his teeth during the Jonas Brothers’ 2020 Grammy Awards performance. “First of all, there was spinach in my teeth from my breakfast, which I ate hours before. So, the entire day, no one thought to be like, ‘Hey man, there’s something back there,’” he told Jimmy Fallon on the Feb. 25 episode of The Tonight Show. “The first message on my phone was from Adam Levine. He’s like, ‘Nice performance. You had a little schmutz in your teeth.’” Nick, for his part, joked about the incident, tweeting a picture of the offending “schmutz” along with a message. “At least you all know I eat my greens.”