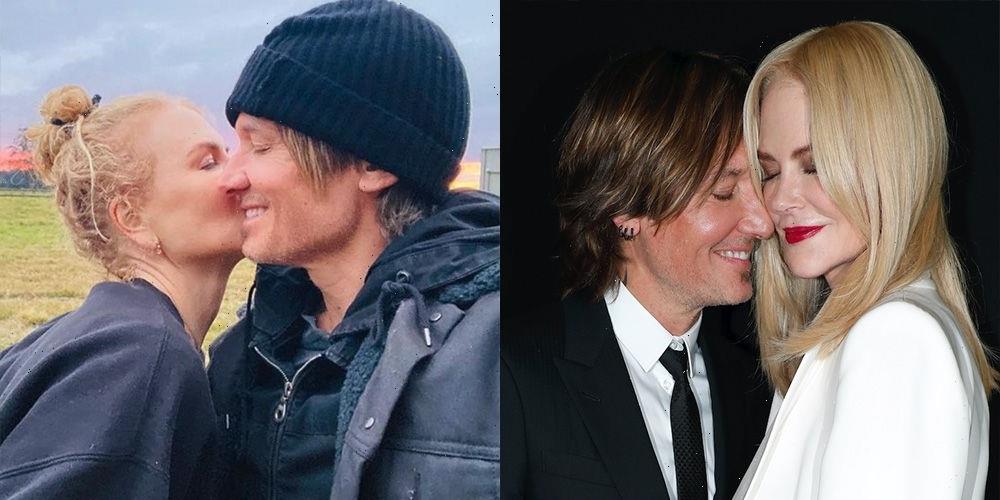 Keith Urban and Nicole Kidman really couldn’t be any cuter together. We knew this to be true but recently received further proof when Nicole posted an adorable new snapshot of the two canoodling together on Instagram.

The Undoing actress shared the picture as part of a Father’s Day tribute to her 53-year-old husband of 15 years. Included in the same Instagram post from Sunday was a throwback picture of Nicole with her late father Antony Kidman, who died in 2014.

“Happy Father’s Day to all the fathers and father figures out there. My love to these two fathers in particular. #USFathersDay,” Nicole captioned the post.

In the comments section, Nicole’s fans showered her with both kind messages about the picture with her dad and birthday wishes (The actress turned 54 on June 20.) Many couldn’t help but gush over how adorable she and Keith looked in the PDA-filled snapshot.

“Keith, you’re the best in all categories 👏,” one fan wrote. “I love you both so much my favorite couple. Keith and Nicole ❤️❤️❤️,” someone else said. “Aweee you guys melt my heart. ❤️❤️😍😍😍,” another noted.

Lucky for fans, neither Keith nor Nicole is shy when it comes to posting romantic pics on social media. The two are all about the PDA, as evidenced by Nicole’s Valentine’s Day Instagram below featuring a rather steamy kiss. Keith also shared a heartfelt all-smiles Instagram of the two celebrating Nicole’s birthday a few days ago.

The couple has been an iconic Hollywood duo since they tied the knot in 2006. Together they have two daughters, Sunday Rose and Faith Margaret. Nicole also has two children, Connor and Isabella, whom she adopted with her ex Tom Cruise.

According to what Nicole told People, she and Keith fell for each other quickly and intensely in the early 2000s—and the rest, as they say, is history.

“It was my [38th] birthday, and he stood outside with gardenias at 5 a.m. on my stoop in New York,” Nicole revealed to the magazine. “That is when I went, ‘This is the man I hope I get to marry.'”