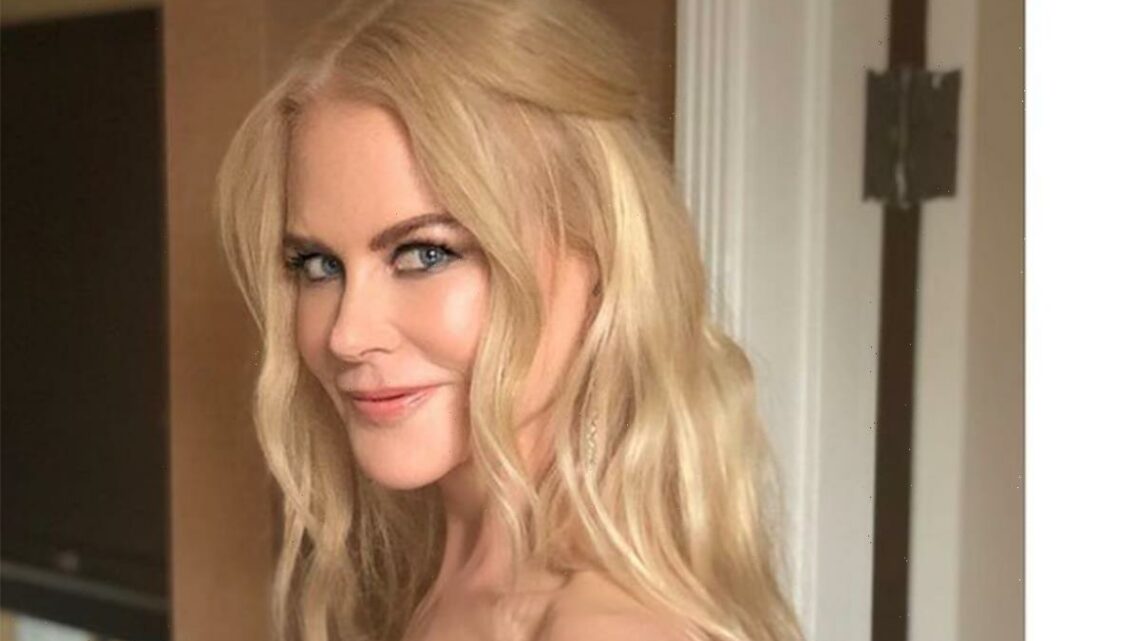 Nicole Kidman has an ethereal beauty that has captivated movie fans for years. And she shared her dreamiest look yet on Instagram this week as she counted down to an exciting event.

The 54-year-old star shared a stunning snapshot showing her in character as Masha in her upcoming miniseries, Nine Perfect Strangers. She is sat outside with a dramatic sunrise appearing over the hills behind her, her dyed blonde hair left to fall over her padded green coat.

Nicole wrote in the caption: “Sunrise at Tranquillum, relax and surrender… Where will your journey take you? #NinePerfectStrangers @9StrangersHulu @Hulu.”

Fans were blown away by Nicole’s appearance. “You look beautiful!!!” one told the star, while a second echoed: “What a beautiful woman!” A third stated: “Stunning like always x.”

Nine Perfect Strangers is based on the bestselling novel by Liane Moriarty, the author of Big Little Lies. The drama follows a group of nine stressed city dwellers, who are trying to get on a path to a better way of living.

MORE: Nicole Kidman lives on a $4.5million farm – and it’s so idyllic

The synopsis reads: “Watching over them during this ten-day retreat is the resort’s director, Masha, a woman on a mission to reinvigorate their tired minds and bodies. However, these nine ‘perfect’ strangers have no idea what is about to hit them.”

Home and Away star Samara stars in the miniseries as Jessica

Home and Away star Samara recently spoke about the differences between the show and the novel, telling Digital Spy: “The script is very different from the book in that it ends very differently for a lot of different characters. [Nicole Kidman’s character] Masha has a very different arc, so it’ll be interesting to see what people think.”

US viewers will be able to catch Nine Perfect Strangers on Hulu from 18 August, while it will be available in the UK and worldwide (excluding America and China) on 20 August on Amazon Prime Video. We can’t wait!