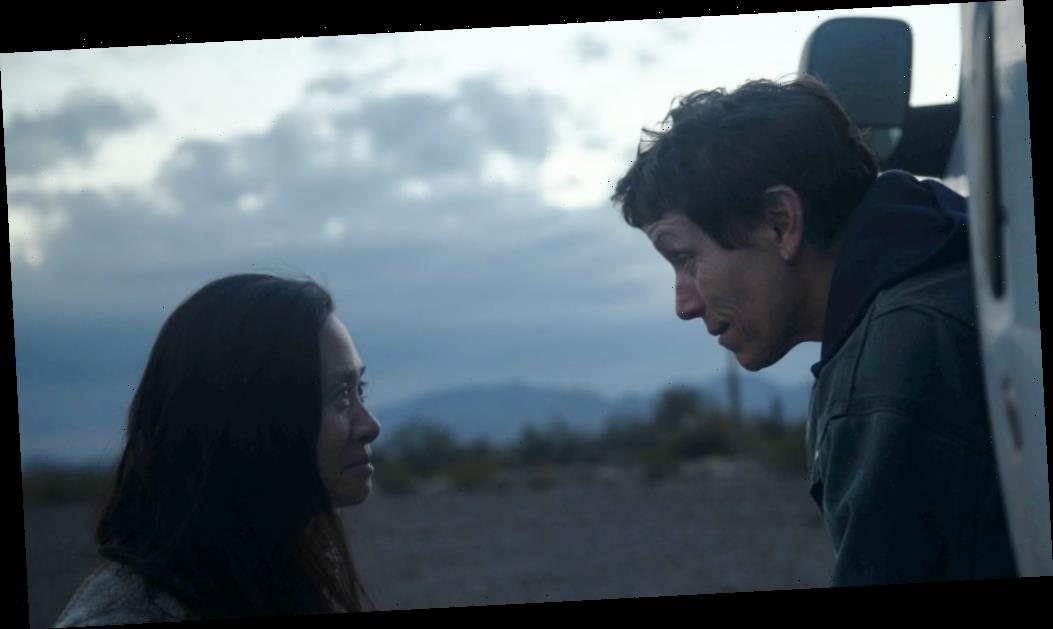 The nominations for the 78th annual Golden Globe Awards left much to be desired when it came to representation and inclusion (no love for Da 5 Bloods, I May Destroy You, really?) this morning, but there were some strides worth celebrating when it came to diverse nominees. One notable nod was for Nomadland filmmaker Chloé Zhao, who became the first director of Asian descent to receive a Golden Globe nomination.

Chloe “Magic Hour” Zhao’s Nomadland starring Frances McDormand (who was also nominated for her performance in the film) has already garnered critical praise since debuting simultaneously at the Toronto Film Festival (where it won the People’s Choice Award) and the Venice Film Festival (where it won the Golden Lion), making it the first film to get the top prize at both festivals. With that kind of fuel in its tank, it became an awards season front-runner and began to snatch trophies from including the National Society of Film Critics, the Los Angeles Film Critics Association and the New York Film Critics Circle.

Zhao joins Promising Young Woman’s Emerald Fennell and One Night in Miami’s Regina King in this year’s directing category at the Golden Globes — a category known for ignoring women. In its 77-year run, only seven women have been nominated; Ava DuVernay was the last woman nominated in 2015 for her film Selma.

Previous directors of Asian descent who were nominated for Best Director at the Golden Globes include Ang Lee for Sense and Sensibility in 1995 and then again in 2012 for Life of Pi.  Fast forward seven years later and the Globes gave Bong Joon-ho a nod for Parasite.

This can be a great setup for Zhao to nab an Oscar nomination, another Hollywood awards ceremony that has pushed women to the side when it comes to the directing category. There have only been five women nominated for Best Director: Lina Wertmüller for Seven Beauties (1976), Jane Campion for The Piano (1993), Sofia Coppola for Lost in Translation (2003), Kathryn Bigelow for The Hurt Locker (2009) and Greta Gerwig for Lady Bird (2017).

When it comes to directors of Asian descent, the Oscars have only recognized four directors in its history — and all were men. In 1965, Hiroshi Teshigahara was nominated for Woman in the Dunes while the iconic Akira Kurosawa was nominated for Ran in 1985. Lee received his first nomination for Crouching Tiger, Hidden Dragon in 2000 and won for Brokeback Mountain in 2005 and for Life of Pi in 2012. And of course, who can forget Bong’s 2019 win for Parasite.