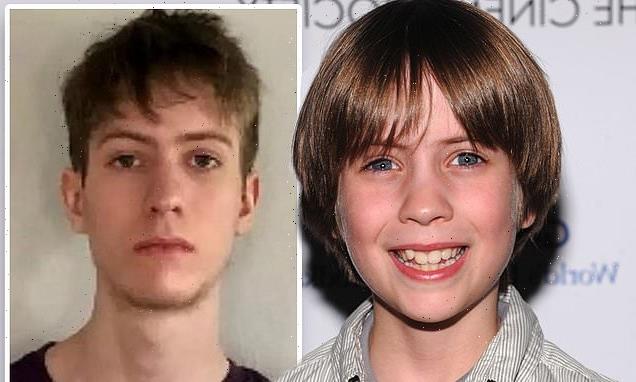 Sources with the Lancaster County Coroner’s Office confirmed to TMZ on Monday that the official cause of Mindler’s death at 19 will be determined by toxicology tests.

Mindler, who appeared in the 2011 Paul Rudd film Our Idiot Brother, was a student at Millersville, Pennsylvania’s Millersville University.

The latest: Authorities in Lancaster County, Pennsylvania have ruled the death of one-time child actor Matthew Mindler a suicide

Officials with the university had confirmed Mindler’s passing Saturday, in saying he was found dead in nearby Manor Township. He had last been seen Tuesday and reported missing the following day.

‘It is with a grieving heart that I let you know of the death of 19-year-old Matthew Mindler from Hellertown, Pennsylvania, a first-year student at Millersville University,’ the statement obtained by TMZ read.

‘A search had been underway for Matthew since Thursday, after he was reported missing. Matthew was found deceased this morning, Saturday, August 28, in Manor Township near campus.’

According to the Millersville University police, Mindler, a freshman, was last seen on campus on Tuesday night after attending classes Monday and Tuesday. He was reported as missing the following night on Wednesday, after failing to return to his dormitory room and skipping classes.

The Millersville University Police released a screenshot from security footage, showing Mindler in a hallway in the West Villages residence hall on Tuesday night

Police wrote in an Instagram post that Mindler was spotted walking from the West Villages residence hall toward the Centennial Driver parking lot at around 8:11 p.m. on Tuesday.

As seen in a screenshot from security video, the student was wearing a white Millersville University hooded sweatshirt with black stripes on the arm, a black face mask, dark-colored jeans and sneakers. He was carrying a black backpack.

Mindler’s IMDB page lists eight acting credits in films and television shows, including in the 2013 short Frequency, which directed by his older brother, cinematographer Derek Mindler. 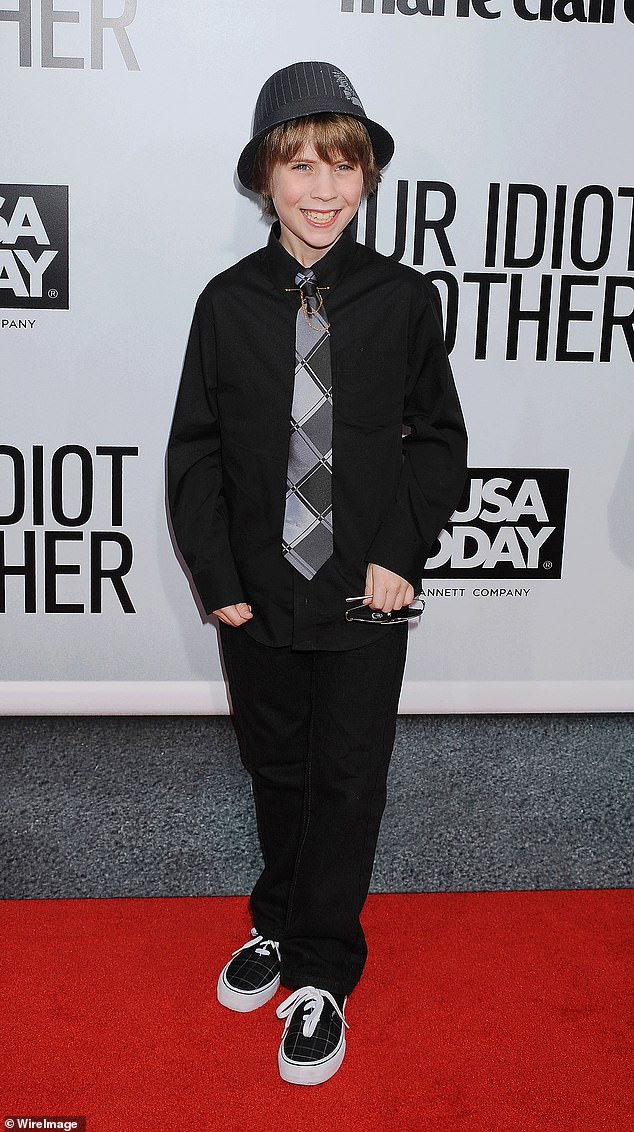 Mindler’s IMDB page lists eight acting credits in films and television shows. He is pictured in 2011 attending the Los Angeles premiere of Our Idiot Brother

Mindler is pictured in a scene with Emily Mortimer, who played his mother in Our Idiot Brother

His biggest role to date was in Our Idiot Brother, which follows Rudd’s character, an idealistic farmer who upends the lives of his three sisters, played by Elizabeth Banks, Zooey Deschanel and Emily Mortimer.

Midler has not acted since 2016, when he appeared in the TV movie Chad: An American Boy.

‘Matt’s health and safety are paramount and I know our thoughts are with him, his family and friends,’ Wubah wrote in part. ‘Our police department is continuing efforts to locate Matt in conjunction with regional law enforcement agencies. They are following every lead and appreciate your attention to this effort.’

For confidential support in the UK – call Samaritans for free on 116 123 or visit www.samaritans.org.

For confidential support in the US – call the National Suicide Prevention Lifeline on 1-800-273-8255.