Character Actor Tim Blake Nelson may have found his niche in memorable turns recalling the heyday when westerns ruled the roost in Hollywood. Or at least in Venice where this film festival once again has shown a fondness for the star in a genre that rarely gets much of a close up anymore. A couple of years ago Nelson was unforgettable singing “When A Cowboy Trades His Spurs For Wings” in one of the vignettes of the Coen Brothers’ western anthology, The Ballad Of Buster Scruggs which had its world premiere in Venice before going on to get an Oscar nomination for that very song. Now Nelson is back in his inimitable scruffy style as a live-off-the-land looking guy bringing up a straight arrow teenage son in the waning days of the old west as Old Henry which just debuted in an out of competition slot at Venice earlier today.

Set in 1906, Old Henry which is lovingly directed by a clear fan of older westerns in the genre, Potsy Ponciroli,  and certainly gives a starring role to Nelson that he likely couldn’t resist (he is also an Executive Producer). He’s a guy who isn’t concerned for appearances, that is for sure. 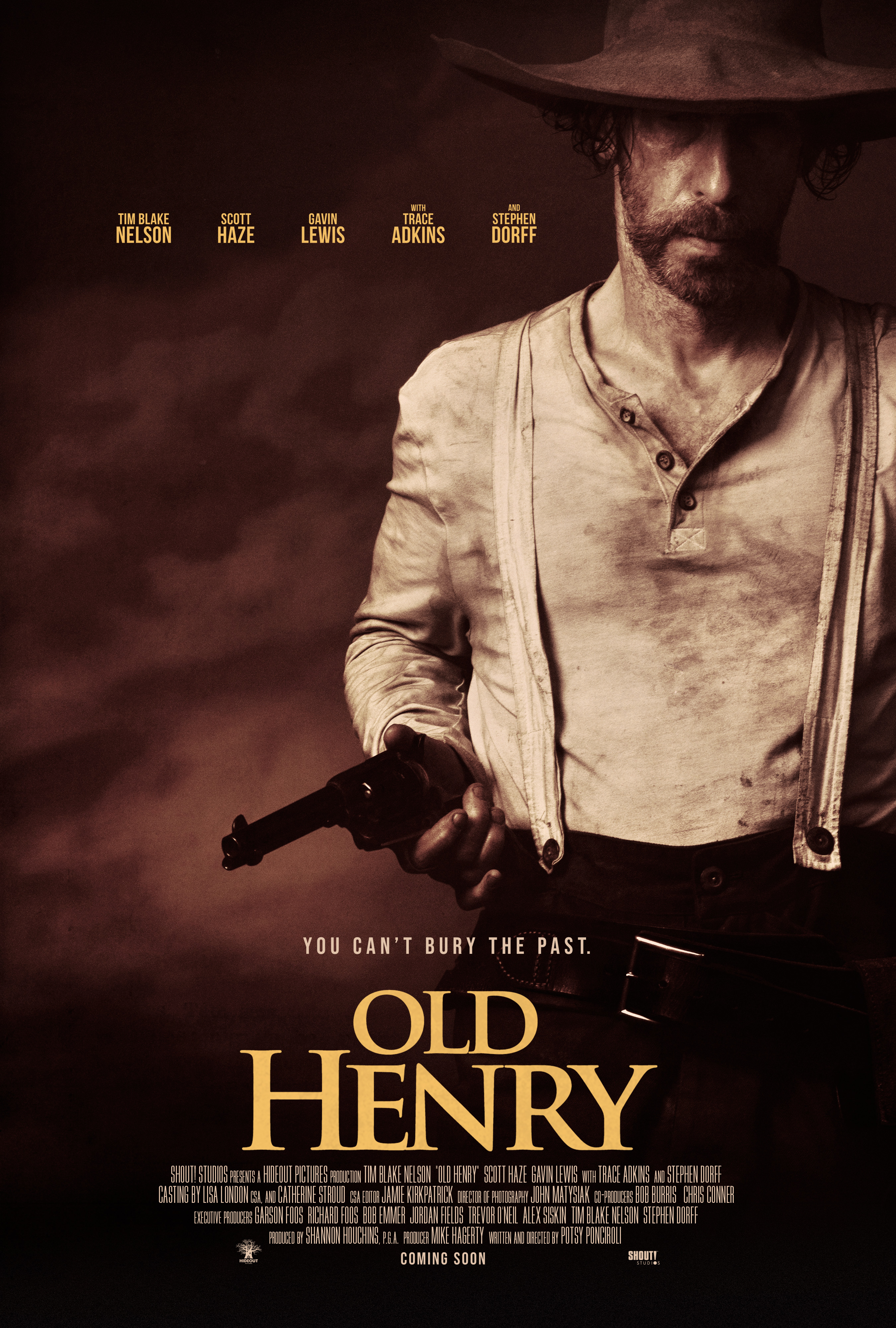 As a widowed farmer who  lives with his son Wyatt (Gavin Lewis) is an isolated house seemingly in the middle of nowhere, he’s tending the land and keeping to himself as he tries to instill decent values in Wyatt who looks like he just can’t wait to get out of there and into a new, and different life than his father knew in a more lawless period in the old west. We aren’t told much about Henry, but we do learn he is more than he appears as there are hints this guy may be Clint Eastwood in disguise.  You are just waiting for a “get off my lawn” moment at any time.

Complications arise when a drifting horse, bloodied, appears out of nowhere. Henry sets out to find out who may have been riding it, discovers a wounded man and a satchel full of cash nearby.  Henry loads him up,  takes him in, nurses him back to consciousness, but keeps him tied up, first in the bed, later in a chair. The man is named Curry (Scott Haze) and upon waking  says he is a sheriff being pursued by some very bad guys. Do we believe him? You decide. We have already witnessed how an incident in which supposed lawmen on a posse led by the truly vicious  Ketchum (Stephen Dorff) mercilessly kills one of their targets while the other, who turned out to be Curry, got away but very hurt. A visit to Old Henry’s place in search of Curry is on the agenda, and when it does the fireworks start to explode.  Protective of his son, Henry also could well be a man with a past and it is all coming to a head in Ponciroli’s fine tribute to the kind of star-driven westerns Hollywood did so well, but are now more admired by the Europeans than Americans who have largely abandoned the form in favor of comic book heroes. It is no surprise the Italian programmers at Venice warmed to it. After all this is the country that helped reignite the form with so-called spaghetti westerns.

Old Henry is independently made, but handsomely mounted. It may not break new ground in the well worn genre, but it exists I think primarily to give Nelson a real leading role in which to sink his false teeth. He does that and more and is so much fun to watch, a slow burn guy who, like Eastwood, is good at taking matters into his own hands. Pitted again Dorff, clearly relishing playing an unforgiving “lawman” in pursuit of his prey, it is a classic confrontation, one where Henry is definitely outnumbered.  Scott Haze has a beguiling innocence to him as Wyatt, though you wonder how he has put up with this waning world for so long. Among the rest of the cast, country star Trace Adkins is nicely cast here in his few scenes as tough and seasoned Uncle Al who comes into play later in the film. Considering the low budget Old Henry looks really good. Producers are Shannon Houchins and Mike Hagerty. Shout! Studios is releasing the film stateside on October 1.