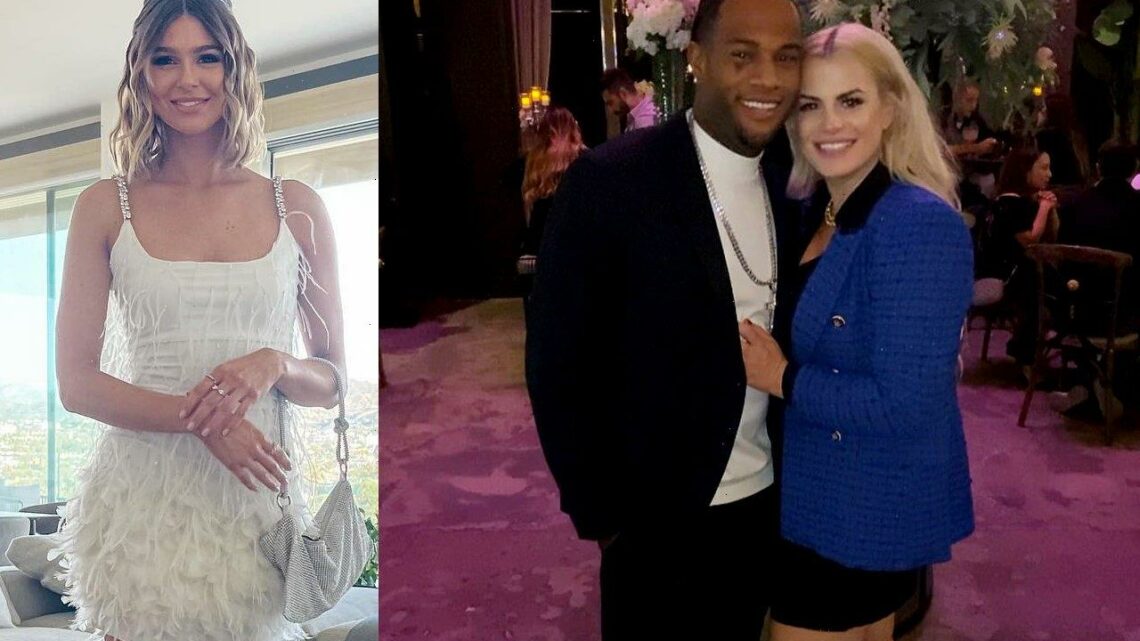 After lashing out at her husband for allegedly cheating on her with the ‘Vanderpump Rules’ star, Samantha Saunders notes on her Instagram Story that Raquel isn’t to blame for it.

AceShowbiz –Samantha Saunders apparently doesn’t feel a bit of resentment towards Raquel Leviss despite her alleged flirtation with Oliver Saunders. Samantha believes that the “Vanderpump Rules” star isn’t to blame for the supposed affair.

Samantha spoke up her mind on Raquel via her Instagram Story on Saturday, September 3. “FYI- I don’t blame Raquel,” she wrote, stressing, “She did nothing wrong and has been respectful and supportive.”

According to Page Six, Raquel was under the impression that Oliver had separated from his wife at the time they were romantically involved. “Oliver told Raquel he was separated and that they were in the process of getting a divorce,” a source told the site. “Raquel would have never pursued him if she had known that wasn’t the case at the time.”

Samantha blasted her husband for allegedly cheating on her via the photo-sharing platform on Friday. In a post, she claimed that she was told by Oliver’s mother Garcelle Beauvais to keep silent on the matter, but she refused to do so.

“I have been told to stay SILENT! DIVORCE,” Samantha wrote on Instagram, along with a screenshot of text message conversation allegedly between her and Oliver. She claimed her husband committed adultery with the “Vanderpump Rules” star while filming the upcoming season of “Pump Rules“.

“since oliver has started working at @vanderpumpparis he has disrespected me and my kids in every way possible,” she continued. “He has made jokes about my mental health and suicidal thoughts with coworkers. He has committed adultery with coworkers and guests of the restaurant.”

Responding to the allegations, Oliver hit back at his estranged wife in a since-deleted Instagram Story, “I apologize for my Sons Mother Putting My Business Out There. We Are Getting Divorced.”

After news of his alleged affair was made public, footage has surfaced online of Oliver on a supposed date with Raquel. In the clip, the two shared an embrace as they met at a restaurant.

Raquel has not spoken up on her relationship with Oliver following Samantha’s claims.