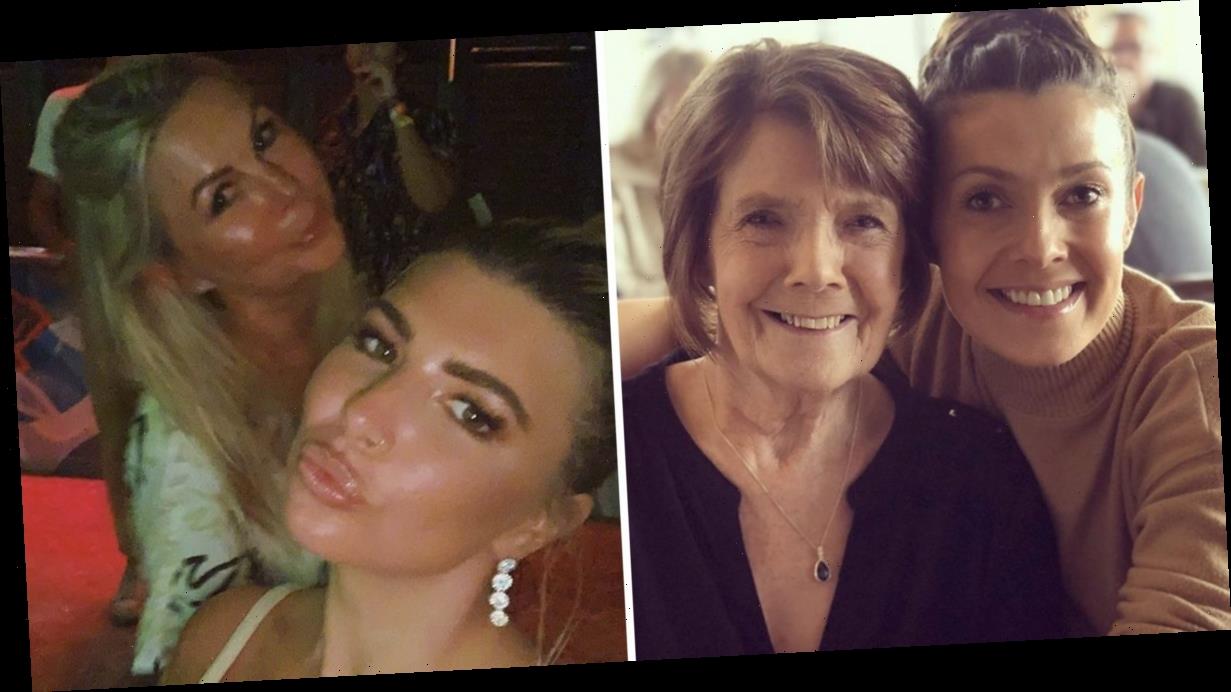 In celebration of International Women’s Day today, Sunday 8 March, some celebrities have opened up to OK! about the important women in their lives and how they have played such a pivotal role.

Olivia Bowen told OK! that both her mother and her grandmother inspire her.

She said: “The most inspiring women in my life would have to be my mum and grandma. My grandma is the most caring sweet woman I’ve ever met and she just makes everyone smile, she’s the light in so many people’s lives.

“My mum is my rock and she’s always been so hard working, and never given up even though she’s been through so much in her life. She lives with tinnitus and an autoimmune disease and that alone makes me realise how strong she is.”

“Then she went out and worked as well and then when dad was sick and had his heart problems, she was a huge support to him and to us as a family. She is always glamorous.

“She’s now 72 and she always looks after herself and takes care of herself. She’s always there if we need her and she’s stronger than she thinks she is. She’s beautiful and I love her.”

Love Island star Callum Jones, who shot to fame in this year’s winter series sweetly said: “My mum is the most important woman in my life because she’s always been there for me and guided me through everything.”

Lauren Goodger told OK! that she believes self-love and confidence is vital, as she said: “I’m the most inspirational person in my life because self-love is important and so is self-value.”

Love Island: Where are our favourite stars of the ITV2 reality series now?

TOWIE and Celebs Go Dating star James Lock is in admiration of the Queen, as he told OK!: “The Queen is an important woman in my life because she’s been through so much heartache and stress in her life and yet she carries on leading this country.”

Love Island star Georgia Harrison, meanwhile, opened up one inspirational female who has had a huge impact on her outlook on life, following a chance meeting. She told us: “I have lots of female inspirations but my most recent one is Camille Kostek. I met her in the most random of ways and am pretty sure the universe intended me too!

“Our plane got redirected from Mammoth Film Festival leaving us stranded and desperate to get to the mountains, so me, her and two other strangers we had also met on the fight decided to drive up to the festival.

“This gave us plenty of time to discuss our lives (five and a half hours to be specific). I was so inspired by Camille’s motivation, heart and most of all, her achievements. She has worked so hard her whole life, sometimes she will be on eight planes in seven days.

“She recently achieved her dream of being on the cover of Sports Illustrated, her acting career is blowing up and she is a strong believer in the law of attraction. She also spends a vast amount of her time giving speeches at various schools to help influence and inspire young people to strive for success and to believe in themselves.

“This is something I want to do myself one day and I can say hand on heart that meeting her has inspired me to follow my dreams and believe that I can achieve anything I want with persistence, determination and faith.”