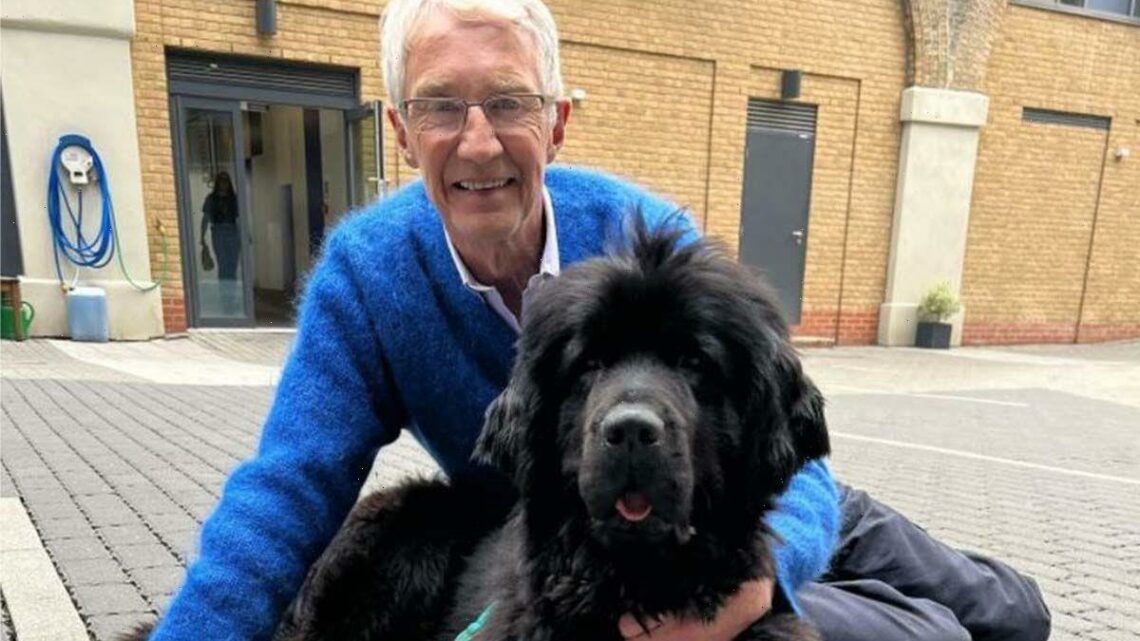 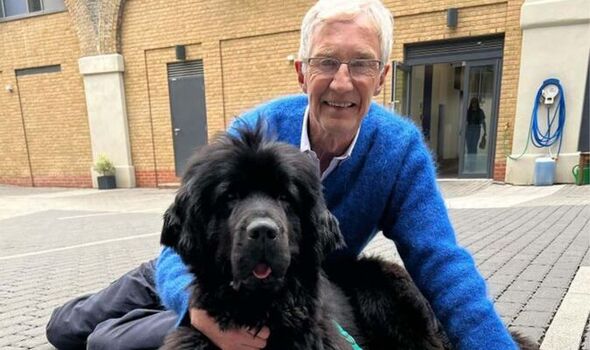 The dog-loving TV presenter said he is “in love,” and announced he would be making a new addition to his home as he posted a selfie with a New Foundland dog on social media. In the post, Paul O’Grady revealed that the dog is called Peggy. He also explained that she needed a big operation on her hind legs.

Paul said he was “totally smitten” with the beautiful, fluffy dog. He wondered how the dog would get on with Eddie (the Jack Russell/Chihuahua cross he rescued from Battersea Dogs Home) as he teased taking her home, the Liverpool Echo reports.

His followers urged him to take her home but he said that she wouldn’t be going anywhere for a while. The 66-year-old captioned the post: “I’m in love. This is Peggy a two year old New Foundland and she’s a gentle giant with the sweetest nature.

“Unfortunately she has to have a big operation on her hind legs so she won’t be going anywhere for a while but I’ll admit I’m totally smitten with her. Here we go again…God knows what Eddie would make of her.”

He added: “I’ve now got to get my glad rags on as I’m off to The Rainbow Awards as I’m up for one. @battersea #newfoundlands.”

Some of his 684,000 followers still urged him to take the dog home with him. Meanwhile, others commented on how adorable she was.

Gill said: “Oh Paul have her” followed by in-love emojis.

Jay said: “This one won’t fit under your jacket Paul you need to up your game this time. Good luck at the awards fabulous boy.”

Helena said: “She suits you Paul and good luck for tonight.”

Meanwhile, Donna said: “She’s beautiful. I hope her operation works well. I hope you take her under your wing bless her xx”

Unfortunately, the TV star was recently forced to rehome his foster dog. Paul O’Grady was heartbroken after he had to return his foster dog Tulip after things all got too much.

The TV personality fell in love with the American Bulldog on his ITV show, Paul O’Grady for the Love of Dogs: What Happened Next.

Paul already had a few dogs, and is always keen to give animals a loving home. However, things didn’t quite go to plan as when he brought Tulip home she seemed to bark furiously at his other pets.

Tulip’s unexpected outburst left his existing dog shaken and she failed to bark back. The 66-year-old became disturbed by the dog’s behaviour after things became unsettled in his household.

Paul had no other choice but to return Tulip with hopes that she would soon be fostered or adopted by a loving family. Thankfully, he was happy to discover that someone did decide to adopt Tulip and she was able to blend into her family and get along with her other dog