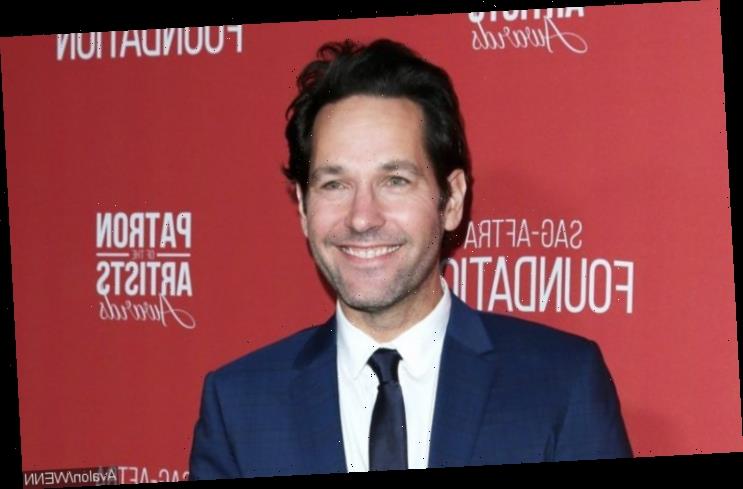 The Ant-Man depicter, who is joined by filmmaker Andrew Jarecki, believes that ‘anybody who is waiting in line, you know, deserves to be kind of, I think, thanked, and encouraged, and recognized.’

AceShowbiz –Paul Rudd is one of the nicest celebrities. The “Ant-Man” star showed kindness with his little yet sweet action to people who were lining up to cast their ballot in Brooklyn under a heavy downpour on Thurdsay, October 29.

In a video that circulated online, the Marvel actor was seen approaching the people and treated them to cookies, hoping it would make their day a little brighter. Wearing an all-black outfit, he personally handed the cookies without even wearing an umbrella. “I want to say thank you for coming out and voting and doing your part,” he could be heard telling people there.

“I’m voting in Brooklyn and Paul Rudd is handing out cookies,” an Internet user, who posted the clip, wrote on Twitter. When asked what kind of cookies that Paul handed out, the user shared, “Paul Rudd gave me a ‘blueberry ‘n cream’ cookie, naturally. What a MENSCH.”

Another video saw Paul giving a short interview after handing out free cookies. “It should not be hard to vote. People should be getting the day off from work, polling places should be everywhere. This should be easy, not difficult,” he said.

“One of the things that’s been really encouraging is seeing how many people are coming out early and voting all across the country. Anybody who is waiting in line, you know, deserves to be kind of, I think, thanked, and encouraged, and recognized. And that’s want we wanted to do. And we figured people were probably waiting in line, even in the rain, and they are,” Paul, who was joined by filmmaker Andrew Jarecki, went on to say. “[They] were getting wet and doing their part as citizen. You know, give ’em some cookies while they do it.”

Fans quickly showered him with praises as one said, “This is why his skin is immaculate. just living his unproblematic life, minding his business, passing out cookies on the street.” Another fan similarly wrote, “Why is this man the nicest man? What a truly nice person. In the pouring rain. With cookies.”

Another comment read, “We don’t deserve him. He’s too good for this earth.” Some others, meanwhile, called him “king” and “a gem.”

What Ariana Grande Did Differently for 'Positions': 'This Project Is My Favorite for Many Reasons'