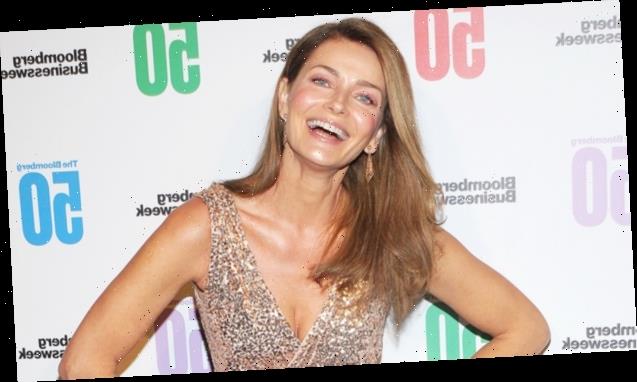 Paulina Porizkova believes online bullies should be held ‘responsible for what they say.’ So, the 55-year-old supermodel put their cruel comments on blast!

Paulina Porizkova is turning the tables on her online bullies. Instead of letting them get the last laugh by dissing her appearance, the 55-year-old supermodel encouraged fans to “LAUGH at them.” So, she posted seven cruel comments from her haters to hold them “responsible,” which were all a mix of misogyny, sexism, ageism and body-shaming.

“You have the voice and skin of a smoker. A shame,” read a comment from one bully, while another person wrote, “You need a good amount of botox lmao,now you look like 75 years old grandma.” Another troll with too much time on their hands wrote, “I think ur just easy & wouldn’t blame anyone for not wanting something used up. I’m assuming u have no husband but do have cats?”

Those were just some of the cyberbullying messages; you can read them all above, if your eyes can bare to. Paulina won’t let petty words hurt her, though. “Aaand – to start my week- some thoughtful readers’ comments,” she wrote under her screenshotted compilation of these messages. Paulina continued, “I know many of you believe that trolls and nasty people should just be deleted- but I beg to disagree. I believe in holding them responsible for what they say. Plus, I find them sort of hilarious. You know how you disarm the bullies in the schoolyard, right? You LAUGH at them.”

Paulina offered this tip on how to deal with Internet trolls after sharing a sultry photo of herself looking powerful in a black lace lingerie set. The Czechoslovakia-native model — who was raised in Sweden — was presenting a debate for her over 331,000 Instagram followers: is “sex a social construct,” or “a biological inevitability” when it comes to men and women?

Paulina has been dealing with bullies long before social media. On March 18, the 1984 and 1985 cover star of the Sports Illustrated Swimsuit Issue shared a selfie of herself after receiving a plasma pen treatment and opened up about her childhood tormentors.

“When I was 14, and terribly bullied in school, I thought it was because I was so ugly. That is what I was told. I was told I looked like a moose, a plucked chicken, a drunken giraffe, and a dirty communist (What does that even look like?),” Paulina wrote underneath the selfie, continuing, “All comments were made by girls. Had I had the access to plastic surgery, I would have gotten my lips plumped, my teeth capped, shave down my square jawbone, breast implants and liposuction on my thighs, and I would have given my soul to be a cute 5’5 or so.”

Paulina then revealed why it was important that she did not cave in to her bullies criticisms: “A year later, at fifteen, I became a model in Paris, a model of what other women were supposed to aspire to look like. I wanted desperately to fit it. But soon I was rewarded for exactly the parts of me I thought I hated. And that taught me an invaluable lesson. I hadn’t changed. People’s opinions had.” So, don’t mind the opinions that your bullies have of you today. It’s advice that Paulina still heeds to this day, as you can see in her powerful message above!

No charges for man who drew gun at dueling Oregon protests; four others arrested
Recent Posts