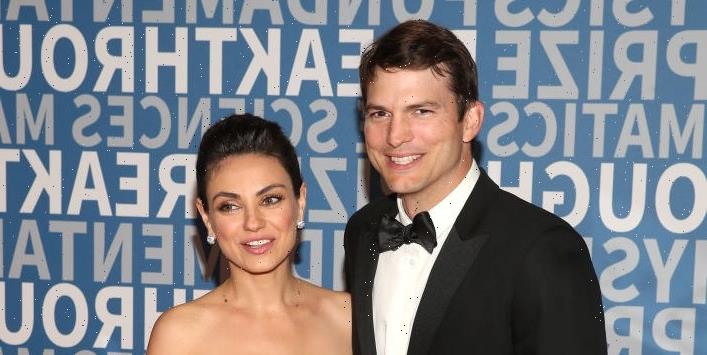 Mila Kunis and Ashton Kutcher recently gave fans a tour of their sustainable Los Angeles farmhouse, but the pictures have quickly caused a bit of confusion among fans who can’t seem to decide whether they absolutely hate or love it.

Right now celebrities seem to love showing fans inside their huge mega mansions, with everyone from the Kardashians to Miley Cyrus appearing in Architectural Digest to show people around their impressive homes. Mila and Ashton were the latest celebrities to grace the magazine cover and welcome photographers into their sprawling LA farmhouse, which they’ve nicknamed ‘KuKu Farms.’

The property, which the couple designed together by compiling their own Pinterest boards and then comparing, has taken five years to build from scratch and is, according to Mila and Ashton, entirely sustainable.

However, the grand barn-style project doesn’t seem to be in everyone’s taste, and it has fans confused, since most of them can’t seem to decide whether they love it or hate it. On the one hand, some felt that the barn aesthetic made the home feel both cozy and stylish. But some fans weren’t sure about a few of the design decisions, especially having a huge chandelier in a barn, or referring to the room as “the entertainment barn.”

Mostly, the sentiment boiled down to complete uncertainty, summed up perfectly by one fan who commented, “God… I love but also kind of don’t love it.”

Meanwhile on Twitter, people were equally confused by the eccentric house—but wondering if maybe…it works?

This 10-foot chandelier in a barn is in Mila Kunis and Ashton Kutcher’s house. I guess if anyone can pull interior design this absurd off, it’s probably them? Link: https://t.co/oFbWUJ5hI5 pic.twitter.com/jRuzuwaPH0

I love Ashton Kutcher and Mila Munis’ house. It’s not for me personally, but I love the design.

So, do we love it or hate it? Let’s head to our ~entertainment barns~ to ponder.

Naomi Campbell, 50, is 'expected to return to work within weeks' after welcoming her baby daughter
Recent Posts