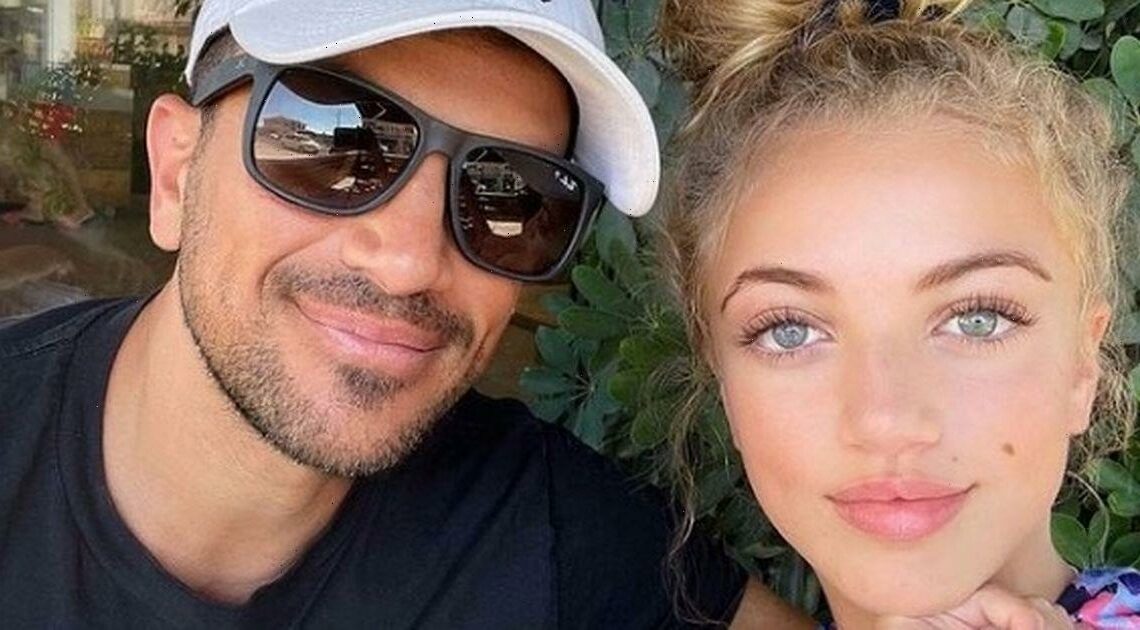 Peter Andre shared a throwback snap of himself and a friend in Australia on his Instagram page on Monday 8 November, and his followers couldn't believe how much he looked like his teenage daughter Princess Andre.

The dad-of-four, now 48, appeared to be in his late teens or early 20s in the snap, which depicted him smiling next to a friend as they wore matching T-shirts for the selfie.

Peter's dark curly hair was long and he was stubble-free and baby-faced at the time, prompting many to declare him and Princess, 14, twins.

As he posted the photo Peter shared a gushing tribute to his mentor on his page, captioning the snap: “Appreciation post: This is me with Ian ‘Molly’ Meldrum circa 1992. Molly signed me live on tv in Australia in 1990.

“Through him I got to sell millions of records in Australia before I even came to the uk in 1995.

“He and Michael Gudinski even got me as the opening artist for the @madonna Girlie Tour.”

The singer continued on to to say that his old friend also chose the location for his Mysterious Girl video – which was filmed in Thailand.

“Anyway, I would have never had the opportunities I have today or have met my wonderful friend and manager now @clairepowellcan without him,” Peter went on.

“I’ll come find you when I finally am allowed back into Australia.

The star's followers shared their thoughts in the comments and many said they could "see Princess" in his younger features.

Nowadays, it's more often that the public declare Princess looks the spitting image of her mum Katie Price, who recently unfollowed her ex-husband Peter, or nan Amy Price, but the throwback showed an uncanny resemblance in dad Peter this time.

"Princess is your double more than Junior wow so alike," one fan commented.

Another follower wrote: "I can see both Princess and Junior..in you in this photo Pete!!"

While a third exclaimed: "Wow! You look like Princess in that pic."

For all your latest updates on Peter Andre and family, sign up to OK!'s daily newsletter.