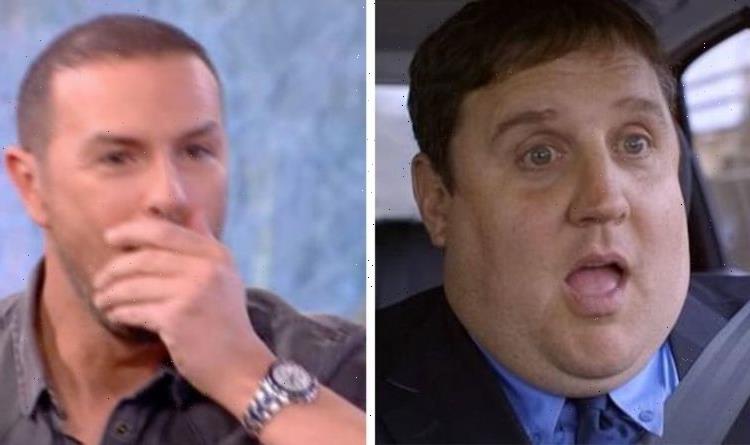 Comedian Peter Kay is known for his sense of humour, but encountering him in his equally famous friend’s hotel bedroom completely naked probably wasn’t exactly what staff at the Soho Hotel had been expecting. Paddy McGuinness revealed all about the prank that went embarrassingly wrong in his latest book, titled My Lifey.

I mean, how do you explain that one? ‘I’ve got one of the nation’s best-loved comedians in my room with his c*** out’

The pals had starred in Phoenix Night and spin-off Max and Paddy’s Road To Nowhere together, and had booked adjoining rooms at the Soho Hotel in London.

In a moment of mischievous madness, Peter launched himself into his friend’s private space without a single item of clothing on.

Then, in a dramatic turn of events, the door slammed shut behind him, activating an automatic lock.

“[Our hotel stay] was all great fun until Peter swanned into my room starkers, only for the door to lock behind him,” 48-year-old Paddy wrote.

The drama intensified when he struggled to fit into anything that would save his modesty.

“The dressing gown was too small for him, there was no way it would close at the front,” revealed Paddy.

“I’d have to call down to reception to send someone up to unlock the door.

“I mean, how do you explain that one? ‘I’ve got one of the nation’s best-loved comedians in my room with his c*** out’.”

There was little time to think about what to say, as in no time, a staff member had arrived with a key card to undo the lock.

“The manager knew who we both were but to be fair just opened up the locked door and left,” Paddy continued.

“That was the good thing about the Soho Hotel, it was discreet.

“If that’d been anywhere else we’d have probably ended up on the front page of the Daily Star.”

Of course, thanks to Paddy’s candid honesty about the embarrassing episode, the public are now finding out the truth.

That said, his wife Christine McGuinness, with whom Paddy recently fronted a documentary about the family’s battle with autism, might not have found out anyway.

Astonishingly, the model has revealed that she hadn’t seen a single minute of footage featuring her famous husband-to-be when she first met him.

“To this day, I’ve still not watched Peter Kay’s Phoenix Nights or Max And Paddy’s Road To Nowhere,” she claimed in her own book A Beautiful Nightmare.

“He was just a stand-up comedian and to be honest, even if he did have a thriving TV career, I wouldn’t have known who he was.

“I was too busy earning to sit down in front of the telly and at the time I was absolutely not interested in anyone.

“I was sober, celibate and focused on saving money for my future.”

Her nonchalance mattered not to Top Gear host Paddy, however, who is now married to the 33-year-old. They are also raising a family of three together.

Travis Scott Donates 5,000 Gifts To Kids In His Hometown Of Houston
Recent Posts