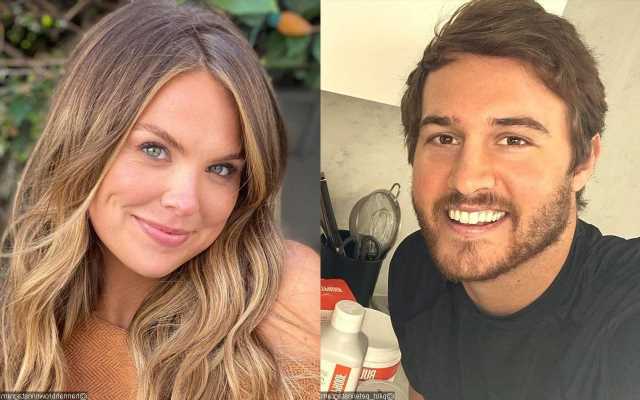 The former star of ‘The Bachelorette’ reveals in her book ‘God Bless This Mess’ that she and Peter got intimate following Dylan Barbour and Hannah Godwin’s engagement party.

AceShowbiz –Peter Weber confirmed that he indeed hooked up with Hannah Brown while his season of “The Bachelor” was still airing. After the former star of “The Bachelorette” brought up the claim in her book “God Bless This Mess”, Peter shared his version of the story.

In her book, Hannah revealed that the hookup took place following Dylan Barbour and Hannah Godwin‘s engagement party in February 2020. Now, when speaking to Us Weekly, Peter divulged that producers asked him to skip the party because his season was airing.

“We spent the night with each other, and that was it,” the 30-year-old commercial pilot shared to the outlet. “That was the last time that I saw her physically.”

“I agree with what she said,” he added. “It wasn’t the same as I think we had originally felt. But, nonetheless, it was great to talk and just have someone that kind of understood where I was coming from.”

Hannah wrote in her book that she and Peter left the engagement party together. At that time, he was “having troubles” with then-fiancee Hannah Ann Sluss. “He was like, ‘I have so much to tell you,’ ” she recalled, before revealing the two ended up in bed.

However, things didn’t work out between the TV personalities. “The chemistry just wasn’t there,” the former Miss Alabama explained. “It just sucked. And then, I found out he had another girl [runner-up Madison Prewett] on his mind. It was all so bizarre.”

The next morning, Hannah and Peter had breakfast with his parents before he called her an Uber. Making things more awkward, he called her and confessed that he still had feelings for Madison.

Hannah bid farewell to Peter in her season of “The Bachelorette” in 2019. The former pageant queen, who eventually ended up with Jed Wyatt, admitted that it was not easy for her to make the decision. “I was so upset breaking up with him,” the 27-year-old beauty told PEOPLE. “I know he really did care about me and he’s such a great guy. I was really confused.”

Camila Cabello and Shawn Mendes Split After 2 Years of Dating