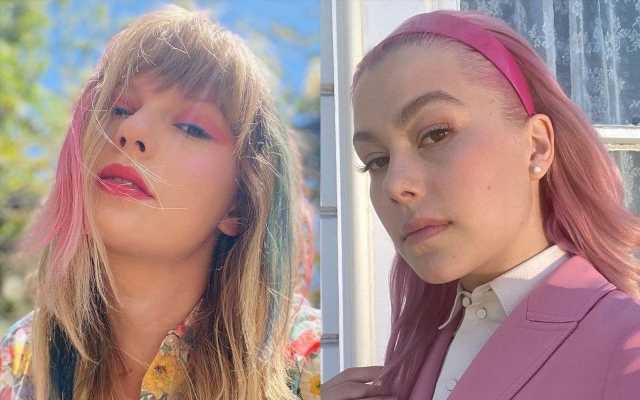 The ‘Stranger in the Alps’ musician looks up to the ‘All Too Well’ hitmaker especially on how admirably the ‘Shake It Off’ singer lives her life under the miscroscope.

AceShowbiz –Phoebe Bridgers takes inspiration from Taylor Swift on how to approach fame. The 28-year-old singer thinks Taylor, 33, hasn’t “sacrificed fun at all” despite the pressures of fame and success.

“I take inspiration from the people I see who are happy, and I’m still trying to [be]. She’s such a deep, wise human being, and has not sacrificed fun at all. She validates those boundaries that people have tried to take from her for her whole life,” Phoebe told Rolling Stone magazine when asked if Taylor is “an example to follow.”

Despite this, Phoebe thinks she’s fortunate to have such a strong support network around her. She said, “You don’t hear enough about how people become successful and then happy. I’m able to hire my best friends to travel the world with me, and I don’t have any s***** people around anymore.”

Meanwhile, Phoebe previously admitted that she’s actually bonded with many of her close friends through their feelings of “trauma.” The chart-topping star explained, “It sucks that I trauma-bonded with a lot of my friends first. We didn’t get to come from a place of joy; we had to connect on something so dark.”

Phoebe is also aware that she now has a certain degree of influence, thanks to her success in the music business. The singer – who released her debut album, “Stranger in the Alps”, in 2017 – said, “I’m selling me. If I post a link to my friend’s GoFundMe, maybe two people will donate to it.”