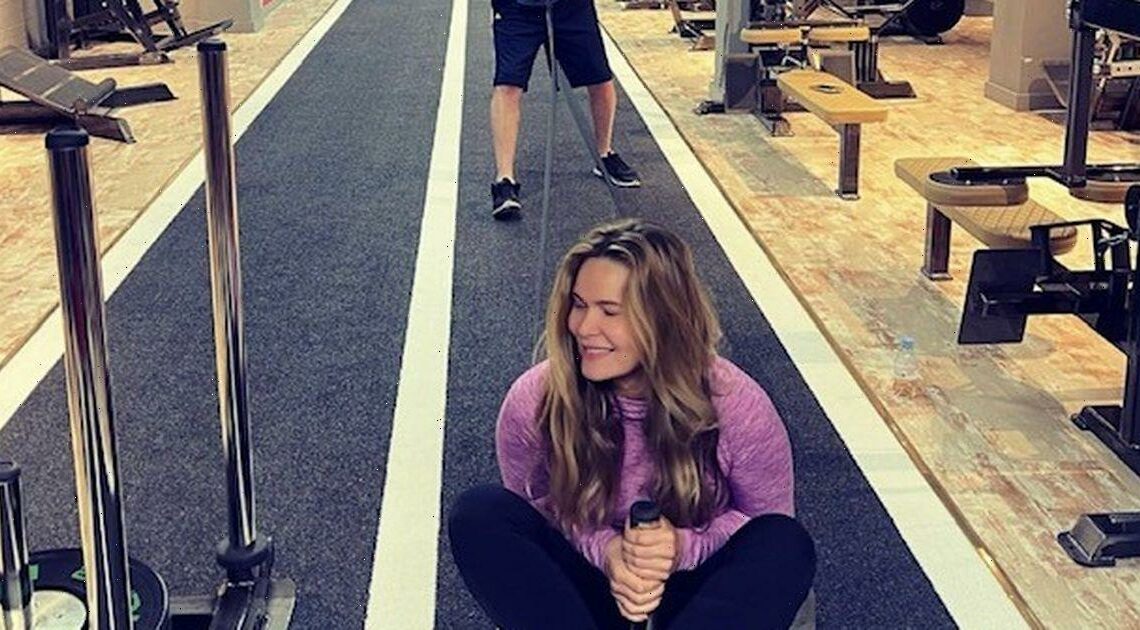 After making his controversial feelings known in a series of high-profile fallouts and opinion pieces over the last few months, Piers Morgan let off some stream with a gruelling workout.

However, not content with the stack of weights provided to him at the gym, the former Good Morning Britain host used his wife Celia Walden to make his workout more intense.

In a snap shared to his Instagram on Tuesday, Piers' journalist wife was seen sitting on a weight sled as he pulled her across the floor.

"I'm assured wife-dragging is all the rage in gym-land," the 56 year captioned the image alongside a flexing arm emoji.

Celia shared the same picture to her social media platform, with the humorous caption: "Yep, I think he pulled."

Over on her Stories, Celia shared a short clip of Piers in action and wrote: "Weightlifting, wife-dragging…whatever works."

It has been a tumultuous year for Piers, who made headlines after quitting Good Morning Britain following his remarks that he didn't believe Meghan Markle's claims about her mental health.

Piers later said that ITV bosses had asked him to make an apology about his comments surrounding Meghan, but he had refused.

He maintains that he doesn't believe Meghan's claims that she felt suicidal during her time in the monarchy and that a senior member of the Royal family had "expressed concern" about baby Archie's skin colour while she was pregnant.

In a further rant, Piers recently lashed out at Love Island for introducing new mental health protocols for their new series.

Outspoken Piers, who previously slammed Chrissy Teigen, said on Twitter: "My advice would be much simpler to any prospective Love Island contestants: if you can't stand the heat, don't go into the kitchen.

"Nobody's forcing these people to go on TV and cavort around in no clothes having sex with like-minded dimwits."

Most recently, he has faced criticism for saying that he didn't believe transgender women should not be allowed to compete in the women's category at the Tokyo Olympics.

How Much Was Joanne Linville Worth At The Time Of Her Death?