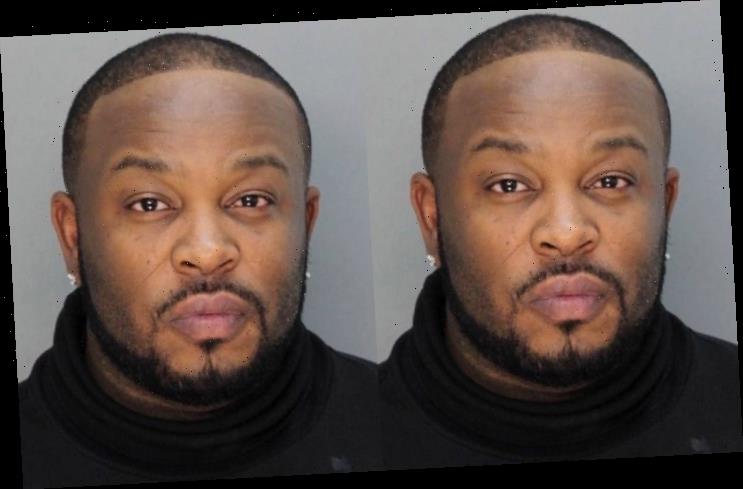 The Pretty Ricky member is accused of shoving a Checkers drive-thru worker, but he says that the employee’s poor customer service is to blame for the whole ordeal.

AceShowbiz –Pleasure P has spoken up, hours after he was arrested on battery charge on Thursday, March 5. Taking to his Instagram account, the R&B singer/songwriter maintained his innocence both in a video and its caption.

“Don’t believe the hype. Whatever they’re saying is not true,” he said in the clip filmed after his release. “I don’t feel like explaining myself ‘cuz I don’t have to. But I’m definitely gonna look into what really happened. Y’all will hear the real story of what really did take place,” he told his fans, insisting that he didn’t put hands on a woman.

Pleasure P, whose real name is Marcus Ramone Cooper Sr, elaborated his statement as writing, “moving forward we are definitely gonna look into revealing the truth in this situation. This will not go the way they think this is gonna go.”

Claiming that he “was wrongfully arrested,” he blamed a Checkers drive-thru worker’s poor customer service for the incident. “Instead of checkers having better customer service and correcting my order. food was Thrown at me and the staff was very disrespectful,” he recalled. “I asked for a refund and she refused to refund me.”

He admitted that he “became upset, but not to the point where i got physical with anyone.” He continued, “I think me being in my position, i should have just let her keep the 60 dollars even tho my order wasn’t correct. But hey you live and you learn. Action will be taken on this employee, the officer who wrongfully arrested me will be investigated and my lawyers will be in contact with @checkersrallys.”

Like in the video, he didn’t forget to promote his group Pretty Ricky‘s new single and “The Millennium Tour”. “Get your tickets to the millennium tour and go get that new pretty ricky single body! Have a blessed day,” he ended the caption.

Pleasure P was arrested on early Thursday morning around 5:15 A.M. in Miami Gardens, Florida after being involved in an altercation with the Checkers employee. The employee told cops the incident started when the 35-year-old star yelled at her through the intercom system for several minutes because there was a mix-up over $60 worth of grub he ordered.

Pleasure P allegedly continued to yell at her as he was driving up to her window, before he got out of his car and approached her on foot. She said he handed her $60 in exchange for his food and then pushed her in the chest with the food.

The female employee called police and when cops questioned the singer, he admitted there was a verbal altercation and he threw food, but claimed it was not at the female worker. According to police report, Pleasure P reeked of alcohol during the altercation and other employees corroborated their co-worker’s story.

Pleasure P was then booked into the Turner Guilford Knight Correctional Center about 9 A.M. and his car war towed. He was released a few hours later after posting a $1,500 bail, but still faces a battery charge.