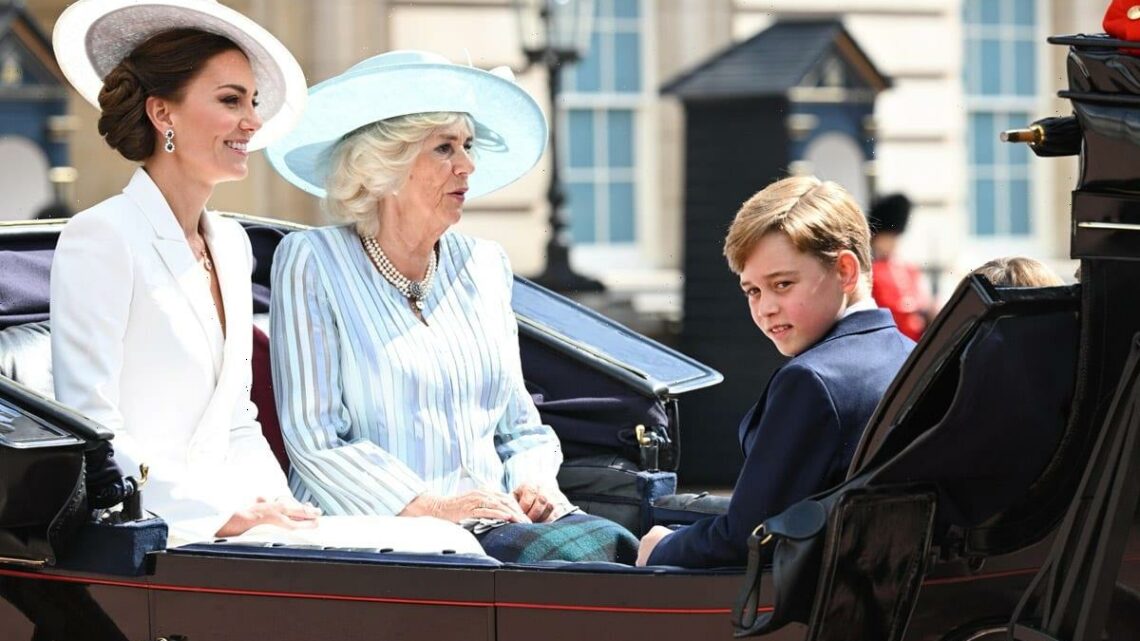 The nation is coming together in celebration of the Queen‘s incredible Platinum Jubilee.

But it was her young great-grandchildren that very nearly stole the show on Thursday at the first of the scheduled royal events, Trooping the Colour.

Prince George, Princess Charlotte and little Prince Louis took on starring roles at the parade, making their debut in the carriage procession, along with their mother, the Duchess of Cambridge and the Duchess of Cornwall.

The Cambridge children have taken part in the annual event before – just not in this capacity. In previous years they have only appeared with their parents on the Buckingham Palace balcony to wave at crowds and watch the RAF flypast.

Little George – who will one day be king – looked incredibly smart in a suit. Perhaps in awe of his surroundings, the eight-year-old shyly waved to the crowds as he gazed out of the carriage, with mum Kate offering some words of encouragement.

Princess Charlotte, seven, was dressed for the occasion in a pretty blue dress. She could be seen smiling and waving from inside the carriage and at one point could be seen cheekily stopping her younger brother- who was sat in the middle – from clapping as the procession made it’s way to the Horse Guards Parade.

RELATED: Kate Middleton and Prince George just made us want a pair of crocs

Meanwhile, William and Kate’s youngest child, little Prince Louis, four, looked sweet in a naval-style outfit and enthusiatically waved along with his siblings.

Following the parade, the Cambridges will appear all together on the balcony with the Queen and other senior members of the royal family, including Prince Charles, the Duchess of Cornwall and the Earl and Countess of Wessex.

HELLO!’s selection is editorial and independently chosen – we only feature items our editors love and approve of. HELLO! may collect a share of sales or other compensation from the links on this page. To find out more visit our FAQ page.

Who is BBC news presenter Huw Edwards? – The Sun