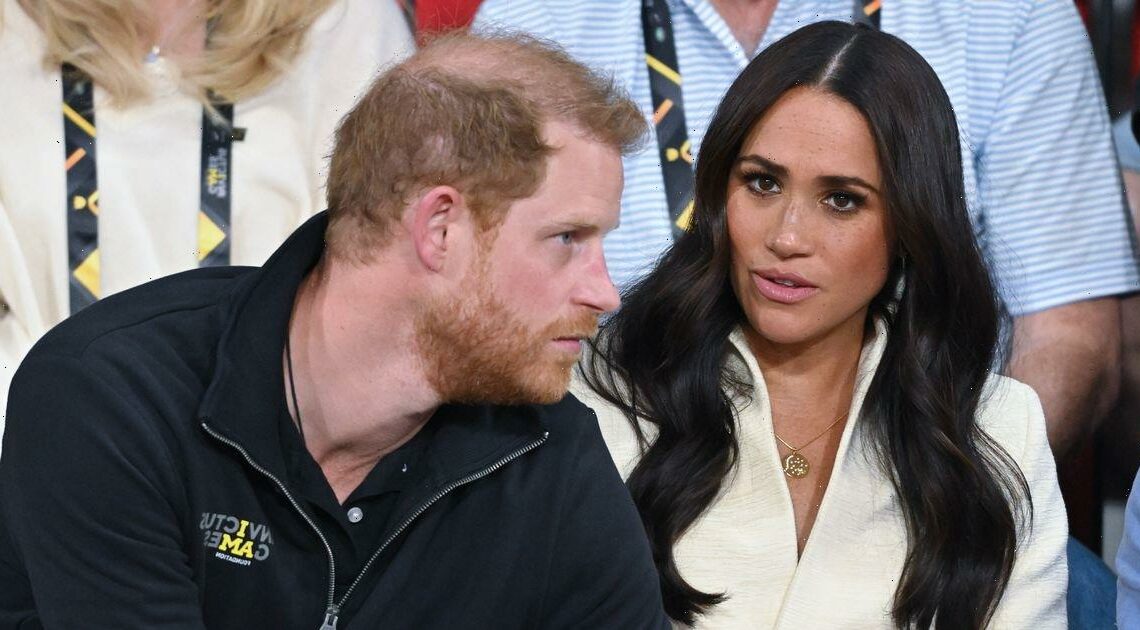 Prince Harry andMeghan Markle are at risk of being “frozen out” of the royal family, a friend ofPrince Charles has reportedly claimed.

Ahead of the Duke and Duchess of Sussex’shighly-anticipated visit to the UK next week, a friend of Prince Charles has alleged that the pair’s relationship with the Prince of Wales is fractured despite his desires for a reconciliation.

Since stepping back as senior royals in January 2020, Meghan, 40, and 37 year old Harry’s relationship with the royals has come under the spotlight.

And now, speaking toThe Daily Beast, a friend of Prince Charles, 73, explained: “Charles adores Harry, and would like nothing better than to get the relationship sorted. But a meeting next week is unlikely.”

With Prince Harry set to release a book later this year and withMeghan recently telling all in a rare interview, the friend claims that such actions may be causing some friction within the family.

“Everything was already on hold until they saw what was in Harry’s book, but if Meghan is actively threatening to reveal further secrets, and telling interviewers, ‘I haven’t signed anything, I can say anything I want,’ then it’s not surprising they are being frozen out,” they added.

OK! has contacted Clarence House and the Duke and Duchess of Sussex for comment.

The claims come after it was revealed thatHarry and Meghan are set to return to the UK on Monday 5 September to attend the One Young World Summit in Manchester.

Following the event, the couple will then head to Germany for the Invictus Games Dusseldorf 2023 One Year to Go event.

Afterwards, the Sussexes are expected to return to the UK for the WellChild Awards on Thursday 8 September.

The pair, who moved to Los Angeles in March 2020, have only returned to the UK on a handful of occasions, most recently for the Queen’s Platinum Jubilee celebrations back in June.

During their Jubilee trip, Meghan and Harry introduced the Queen to their one year old daughter Lilibet for the first time and also appeared at the Jubilee Thanksgiving Service alongside other members of the family.

However,the pair did not appear on the balcony for Trooping the Colour as they are no longer senior members of the royal family.

A spokesperson from Buckingham Palace said at the time: “After careful consideration, The Queen has decided this year’s traditional Trooping the Colour balcony appearance on Thursday 2nd June will be limited to Her Majesty and those Members of the Royal Family who are currently undertaking official public duties on behalf of The Queen.”