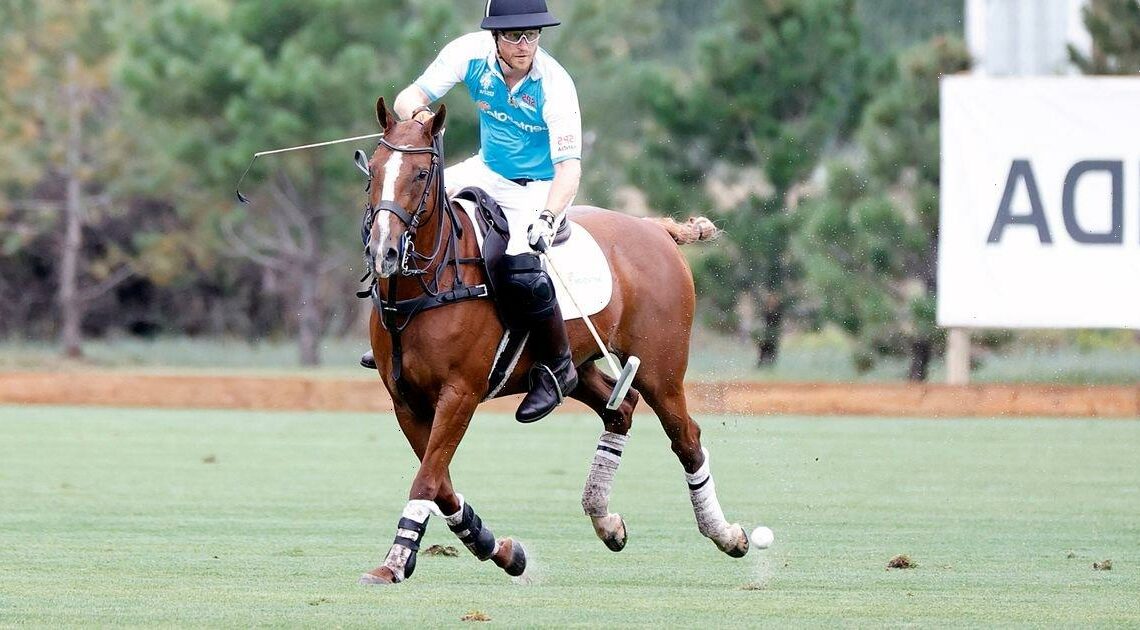 Prince Harry couldn't wipe the grin from his face after he impressively scored two goals in a charity polo match, raising more than £2.5 million for his charity, Sentebale.

In his first public appearance since his daughter Lilibet's birth two months earlier, the Duke Of Sussex looked right in his element as he raced out on the field at the Sentebale ISPS Handa Polo Cup in Colorado, Aspen, on Thursday.

Harry's wife Meghan Markle, and his children Archie and newborn Lilibet were not in attendance, but 36 year old Harry was supported by fellow Sentebale ambassador and Argentine polo player Nacho Figueras at the game.

The £2.5million raised at the match will be donated to the charity he co-founded, Sentebale, which aims to support vulnerable children in Southern Africa impacted by poverty, inequality, and HIV/AIDS.

In a statement, Harry said: "The Sentebale Polo Cup is critical to securing the funds needed to advance this important mission, and I'm thrilled to be able to support Sentebale, both in person and financially through a separate charitable donation to meet his immediate need.

"This is one of the several charitable donations I plan to make to charitable organisations, and I'm grateful to be able to give back in this way for the children and communities who gravely need it."

Harry's team were victorious following the end of the match, with the royal scoring two out of the three goals.

With a long and successful day under his belt, Harry was seen grinning alongside Nacho for snap shared on the polo player's Instagram feed.

Nacho captioned the image: "How lucky I am to be able to ride along with you in your mission of making the world a better place for people not as fortunate as us.

"It is your commitment and passion to give back that is my inspiration. It was so great spending a couple of days with you, my friend."

Harry also competed in the Sentebale polo match in Colorado on Friday, where he donated £1.1milion of the proceeds from his upcoming memoir to his co-founded charity.

This is his first public appearance since being on paternity leave following the birth of his second child.

Harry and Meghan have soared from strength to strength after stepping down from their royal duties last year and overhauling their lives to California, where they live in a £10.5million Montecito house.