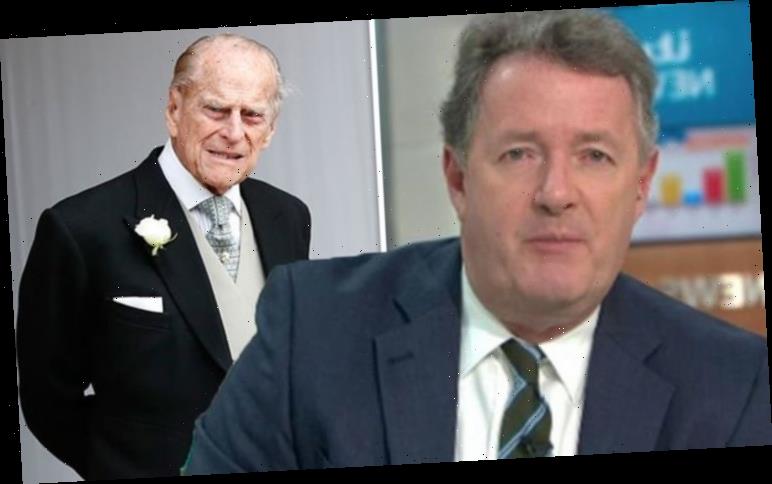 The Duke of Edinburgh, Prince Philip, has died peacefully at Windsor Castle, Buckingham Palace has announced. The Duke was married to Queen Elizabeth II for more than 70 years and became the longest-serving consort in British history.

A very sad day for our country. Thank you, Sir

“A truly great Briton who dedicated his life to selfless public duty & was an absolute rock of devoted support to Her Majesty, The Queen, as the longest-serving royal consort to any British sovereign.

“A very sad day for our country. Thank you, Sir.”

BBC Breakfast host Dan Walker, 44, has offered his condolences to the royal family as the Queen prepares for eight days of mourning. 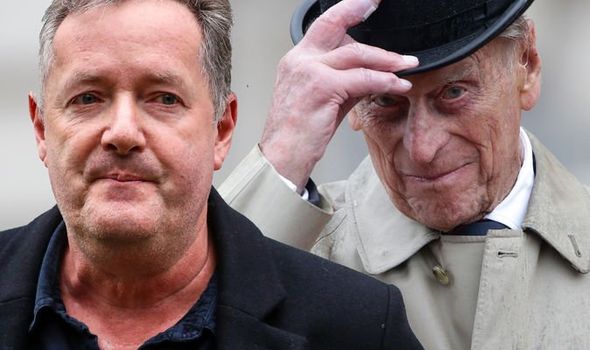 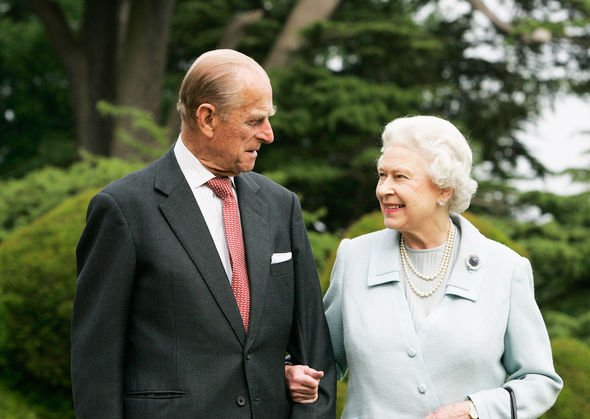 Taking to Twitter, the BBC presenter offered his “deepest condolences” in view of his 707,000 followers.

He penned: “What a life. My deepest condolences to the Queen and the rest of the royal family.”

Dan accompanied the post with a candid snap of Prince Philip alongside the official statement.

Good Morning Britain host, Susanna Reid penned: “Sad news about the death of the Duke of Edinburgh. Such a huge loss for the Queen and his family. His has been her constant, steadfast support.” 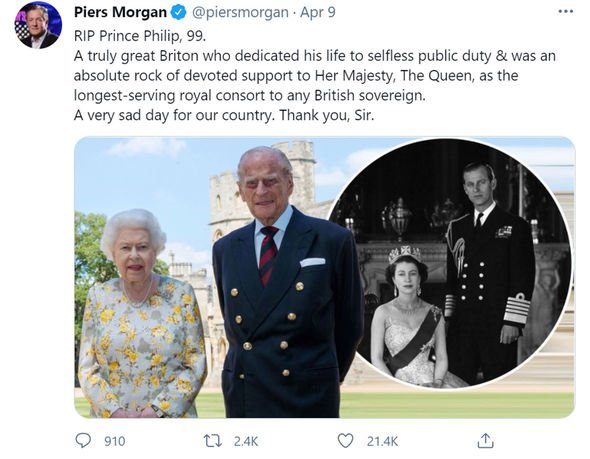 This Morning presenter Phillip Schofield offered: “Farewell to a remarkable man, terrifying to attempt to interview but great fun to be with.”

Rod Stewart’s wife Penny Lancaster wrote: “Thoughts are with the Royal family, especially the Queen at the very sad news of the passing of Duke of Edinburgh her husband of 73 years.”

GMB’s Alex Beresford: “So sad! Thoughts with the whole of the Royal family!”

Strictly’s Janette Manrara remarked: “My deepest condolences to the Royal Family and Her Majesty the Queen.

“May Prince Phillip, Duke of Edinburgh rest in peace.”

Lord Alan Sugar penned: “Very sad to hear that the Duke of Edinburgh Prince Philip has passed away. My thoughts are with HRH & the Royal family. R.I.P.

“My condolences to Her Majesty and to all of the Royal Family.”

Royal fans pay heartwarming tribute to The Queen and Prince Philip as Duke of Edinburgh dies: ‘He was a great man’
Recent Posts